My annual digital Christmas card!
Someday I’ll actually have my act together enough to mail some out again;) 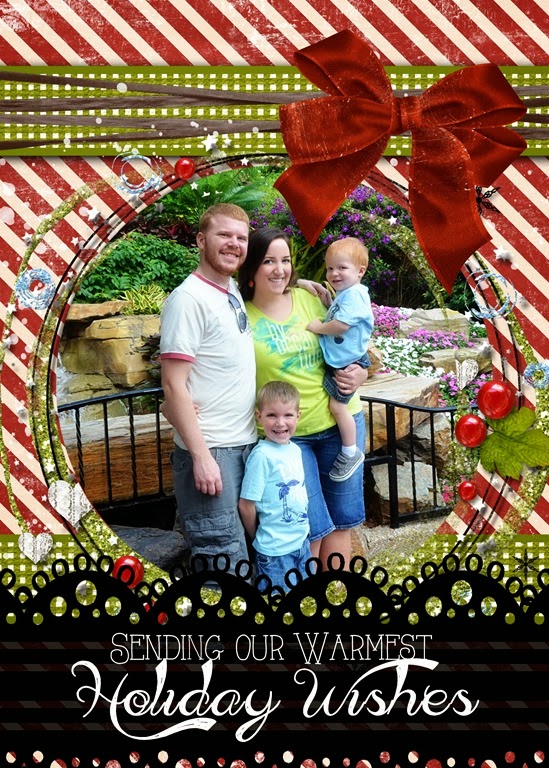 Here’s our Yearly Best ~ a Recap of the best events of this year!

JANUARY:   We adopted a kitty!  He was crazy at first—didn’t like the kids and ran around crazy like as he explored the house at night, but 6-8 weeks later he was comfortable with us and mellowed out and now we love him like crazy!  We never did give him a name, so we just call him Kitty.
Sam turned ONE {recap}!  He ate his first cake and we had a blast celebrating this cute munchkin!

MARCH:  Tackled some more Home organizing projects.  The kids and I tried spending more time outside since we were sick of being indoors all winter.  We had a wonderful Easter and I made the kids awesome fabric coil Easter baskets.

APRIL: Scott started working at DOMO which was quite the change (good & bad) from his old job at Move Networks/Echostar.  Lucky for us the move in jobs was just one building over so the commute was the same!  He also bought a road bike and started biking for fun (and a couple times to work).
We flew kites.

MAY: We took a little road trip to where Scott’s grandparents live.
I started running and worked up to 4 miles which was a huge milestone for me (I’ve always hated running) I actually grew to look forward to it every morning, and I continued to run all summer.
My parents flew out to Utah so that Scott and I could escape on a cruise in the Caribbean.

JUNE:  Scott and I celebrated our birthdays.  The weather got HOT and I took the boys outside to play in the kiddie pool and water nearly every day.  Sam’s first experience with the sprinkler.

JULY: We took another little road trip to Altonah and showed the boys Grandpa Brown’s (Kaiser Bill) Car Museum for the first time.
Celebrated Luke’s 5th birthday and made him an awesome cake!
Life got real busy, really fast!  My family tree art business, My Branches,  really took off thanks to a little feature in Real Simple Magazine.  They ran the feature in the August issue (which came out mid-July).
Sam started Nursery at church!

AUGUST: was a blur do to the chaos of trying to manage my little business.  I was working part time hours and didn’t quite know how to balance out my time.
I was still running and ran the Color Run 5k with some friends.  I ran a personal best --Our average pace was 10:09 min (my record ave pace) and we finished the race without stopping at all.
Scott went on a mountain biking trip for a week with his Dad, brothers and two of his cousins.  They road their bikes on trails all over Utah.

SEPTEMBER:  Luke started preschool at Little Scholars.  He’s growing like a weed and learning to read! Still trying to keep up with our busy little man, Sam!

OCTOBER: We visited Rachel on her 3rd year anniversary.  We dressed up as characters from XMEN for Halloween.

NOVEMBER:  Family tree orders started pouring in again for Christmas.  We went to Florida {part 1} {part 2}for Thanksgiving and one last vacation where we didn’t have to pay for a plane ticket for Sam!
We met our new niece Addilynn!  She’s every bit of adorable as she looks!

DECEMBER:  Worked full time hours for the first two weeks trying to finish My Branches orders before the holiday shipping deadlines.
We got a big beautiful Christmas tree. And had a great Christmas morning.
We’ve been enjoying spending Christmas vacation with my parents (who flew in from Ohio)!
Looking forward to all the things 2014 will bring!
at 6:00 AM