So here I am over a year later and I can finally say Sam's room is completely done.
Here's what it looks like now: 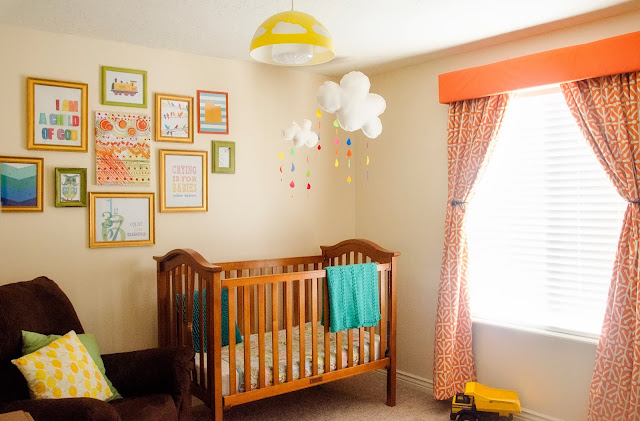 Not huge differences to this viewpoint--
I've added curtain hold-backs to the window, taken out the bumper from the crib and switched out 2 of the framed art pieces in the gallery. 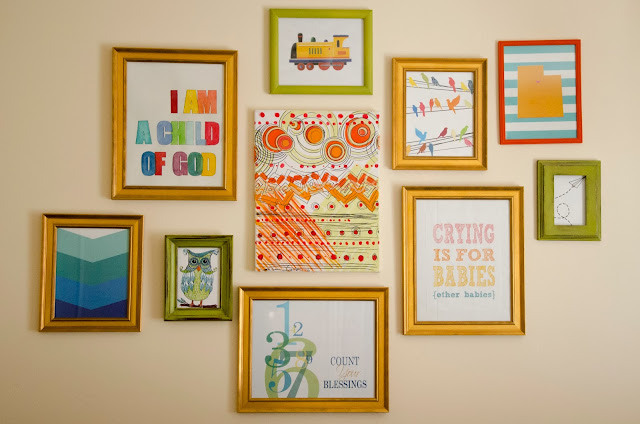 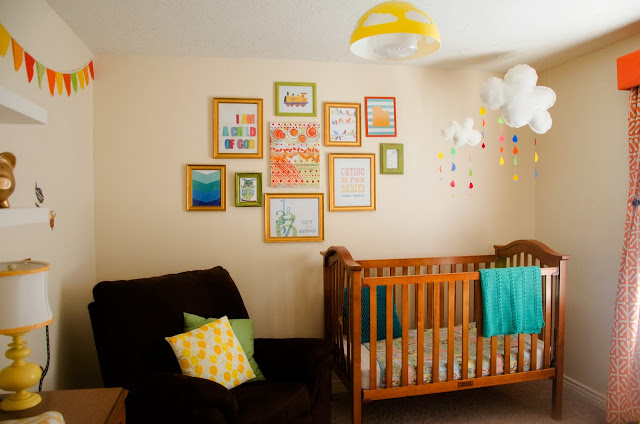 However, this side of the room looks quite a bit different. 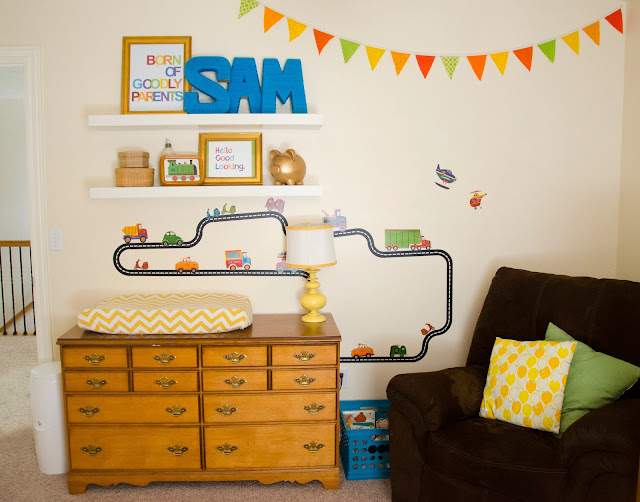 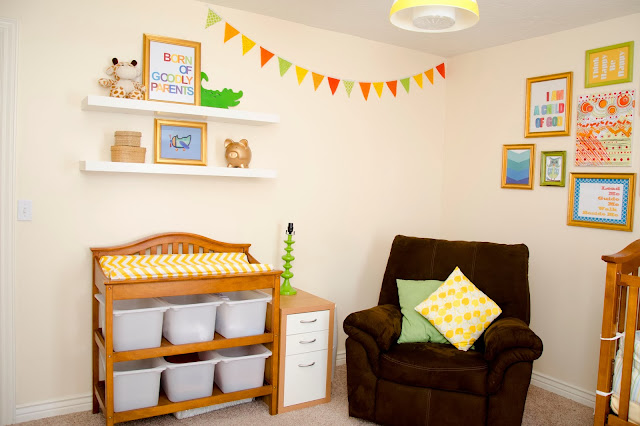 The floating Shelves have finally been styled in a way I like enough to leave it be. 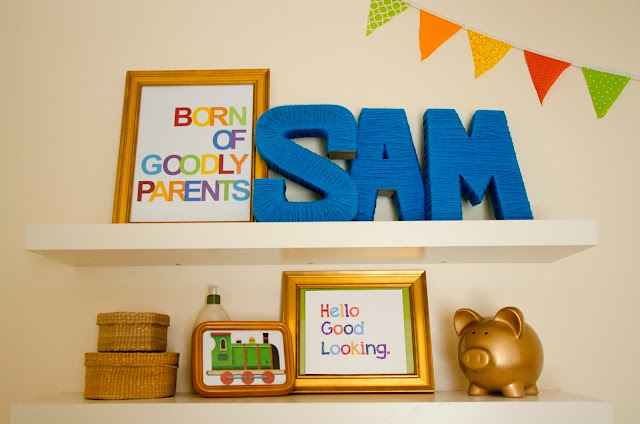 Sam LOVES cars and trucks, and he received cars & trucks sticker/decals for Christmas.  I wanted to put them up so he would have something to look at during diaper changes.  I didn't like too much random with the cars just plopped on the walls wherever.  So I designed and cut out roads on black vinyl with my Cricut and then made this: 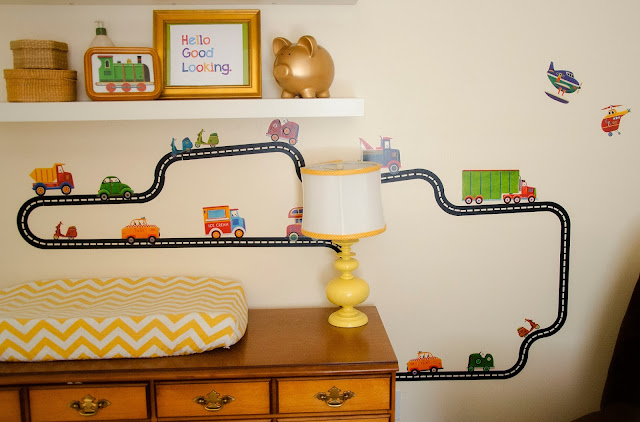 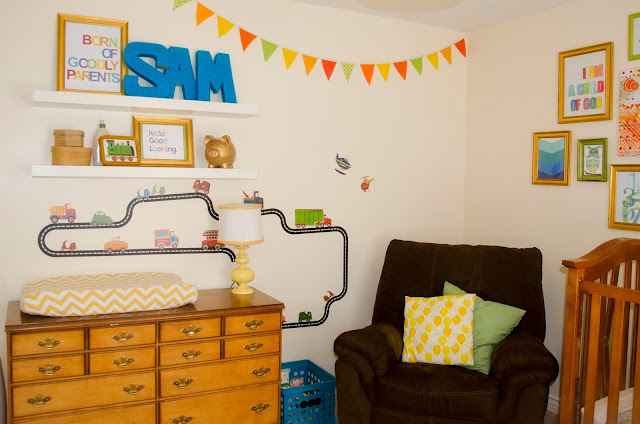 Other changes on this side of the room include a new/old dresser I found in the classifieds, a new lamp (relocated from Luke's room), a crate for books, and new stylization on the floating shelves.  I like the way the dresser looks in the room, so for now I will leave it be and not paint it.  If I ever get a new crib I will probably want the dresser to match it so I'll probably paint it then.

The confetti wall and the entry of the room are the same, but here is what they look like: 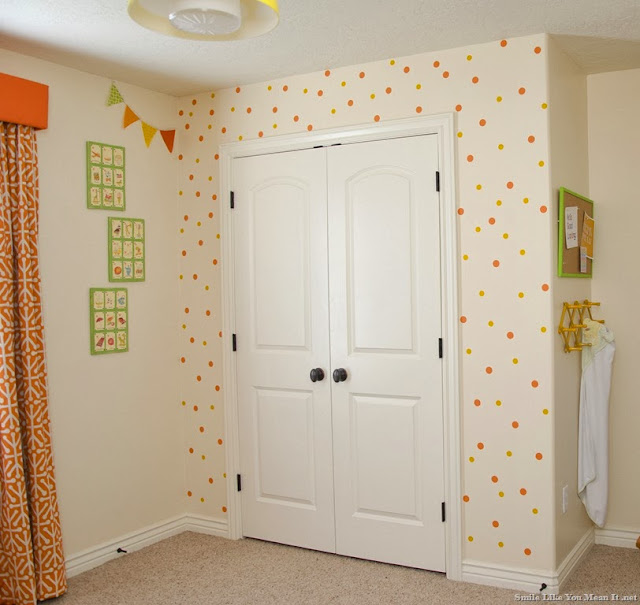 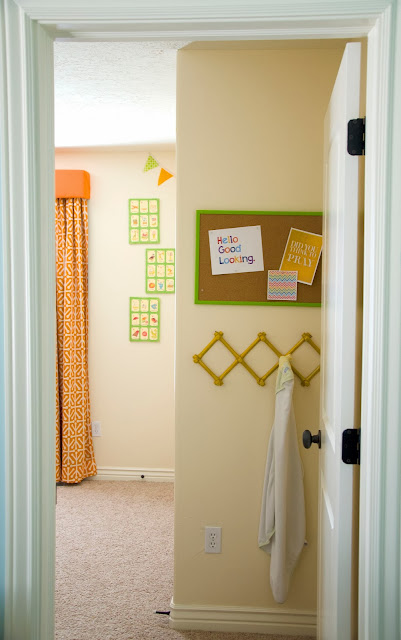 Probably the only room in the house I consider to be D.O.N.E.
It's a happy room!