We don’t do a lot for birthdays around here—mostly because we have Mother’s Day then Scott’s Birthday then My Birthday and then Father’s Day all within a couple weeks of each other.  It’s a lot of celebrating.

We were flying home from our Cruise for Scott’s actual birthday, his birthday present that day was that we squeaked onto an earlier flight and didn’t have to wait through a 3 hour layover in Denver to come home! 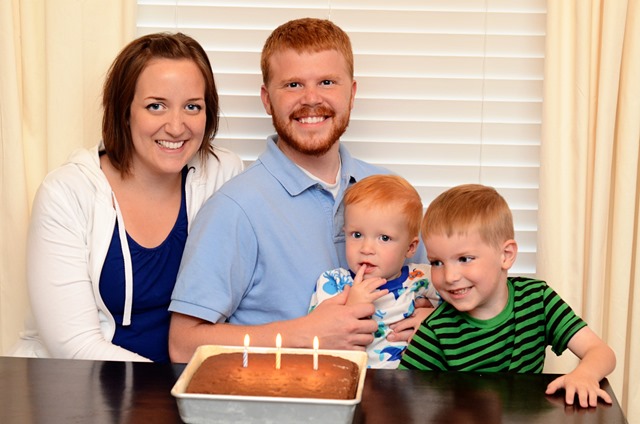 The funniest thing was he thought to himself, “It’s only 3” so he didn’t take a big enough breath, and only ended up puffing out one of them! 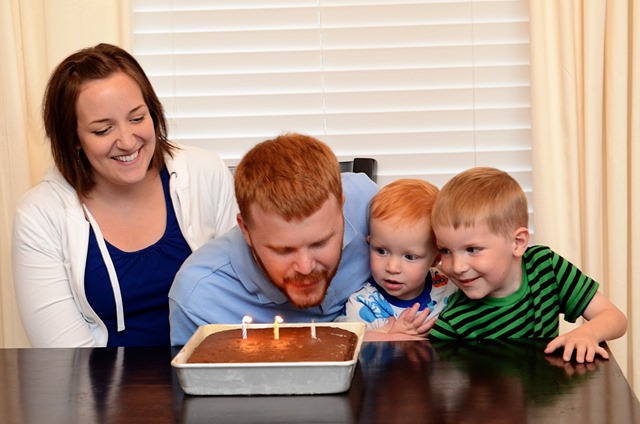 So he took another breath and blew out the other two.  Luke’s reaction was hilarious… 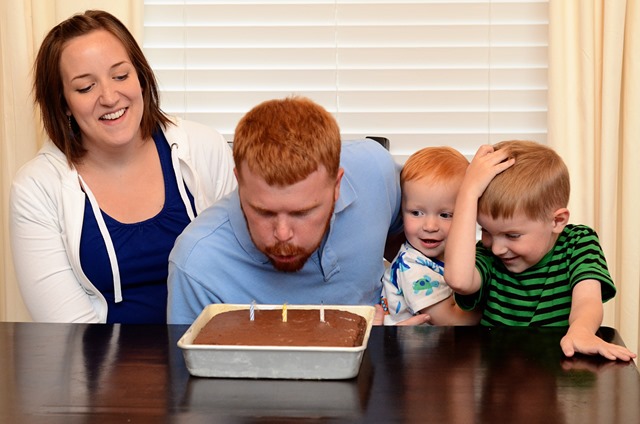 What he really wanted was an ice cream cake, however.  I felt guilty about not getting it the day before when we were celebrating with family, but I really didn’t want to make the drive.  The best ice cream cakes (for the $$) are at Dairy Queen and the closest one was over 30 minutes away. Next time we’ll just skip the hassle and do Coldstone.

However, I had to drive my parents to the airport (the 29th) so I took a little detour on the way home and got him his ice cream cake.  I made him take another picture, too :)  Oh, and we totally ate it after the kids were already in bed! 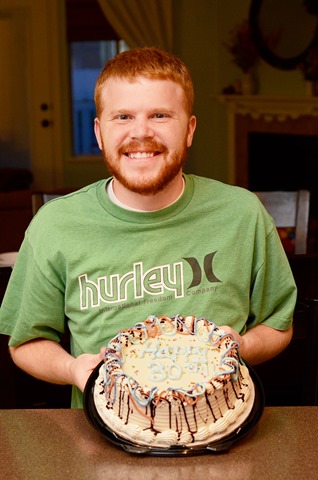 Now for my birthday, there is no picture of me with a cake.  Mostly because there was no cake!  I wanted to go out for dinner—we went to Costa Vida per my request.  The plan was originally to go to U-Swirl for frozen yogurt instead of a cake…but that didn’t really pan out so we didn’t go.  The kids were being cranky, so we came home and put Sam to bed. Thus, no picture of my on my birthday.  The above picture with our whole family in front of the cake will have to suffice.  Turning 27 isn’t that big of a deal anyway, in fact, I have already been 27 in my head for months now.  Dinner was yummy, though.  I should've take a picture of me with my salad!! 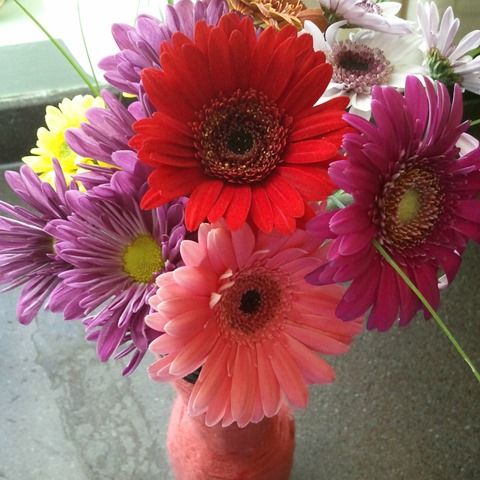