We had a really simple birthday party on Sunday night for Sam. He pretty much slept the entire afternoon, so he was pretty happy for most of the party! 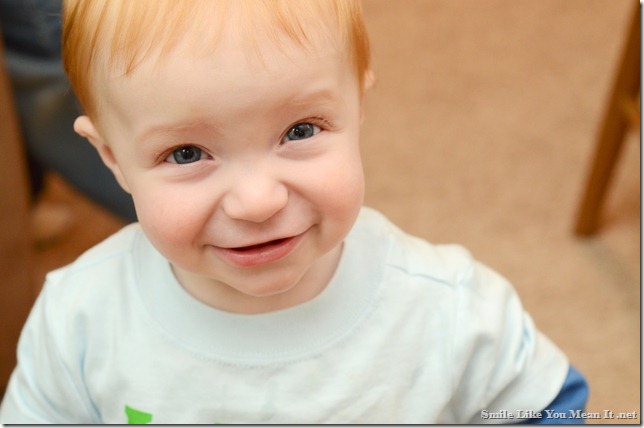 The décor was simple, but perfect for the occasion.  Mostly I was aiming for the perfect backdrop for his cake pictures!  We put up all of Sam's monthly photoshoot photos on one wall and then on a bunch of other walls we put up about 40 other pictures that were favorites.  I have hundreds of awesome pictures of Sam so that was a challenge! 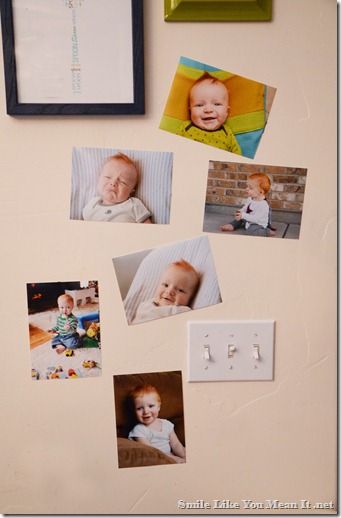 Then Sam’s backdrop:  I took the pennant banner that I made for Luke’s room down and hung it up.  Then I hung balloons from the ceiling {no helium required!}  You can see another wall of Sam’s pictures over there on the side.  Don’t mind the one that’s falling down—we just used painters tape so some fell down a few times! I used double-sided tape to tape felt triangles to his highchair {a cuter highchair we borrowed from a friend!} 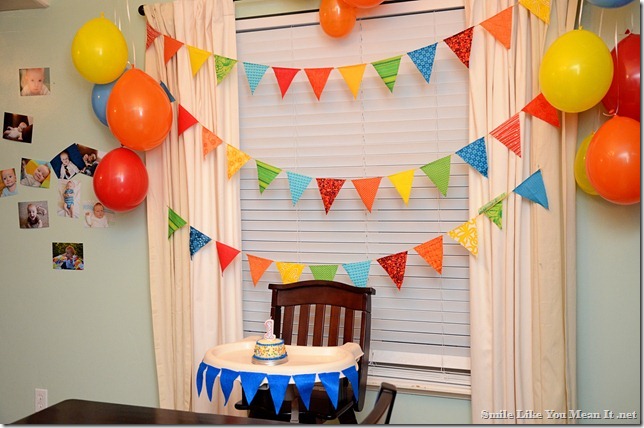 Sam’s first cake! I used my favorite cake doctor recipe and favorite frosting recipes for both cakes.  I added orange food coloring to make the cake orange just for fun. 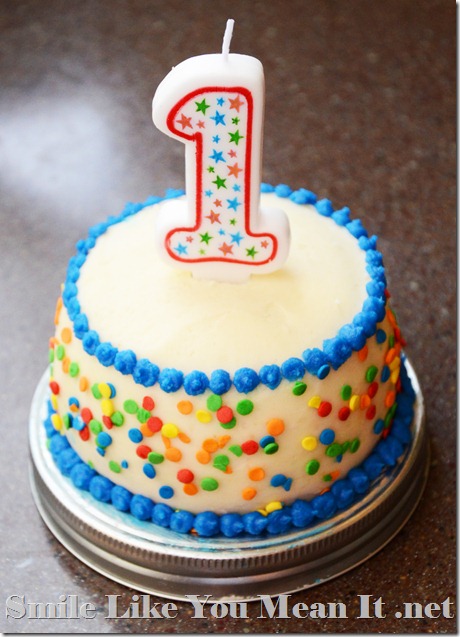 Then I made a big cake for everybody else: 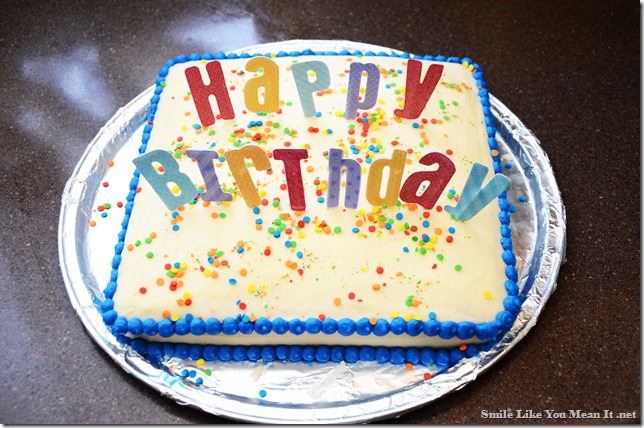 Happy about the fire—he really wanted to touch it. 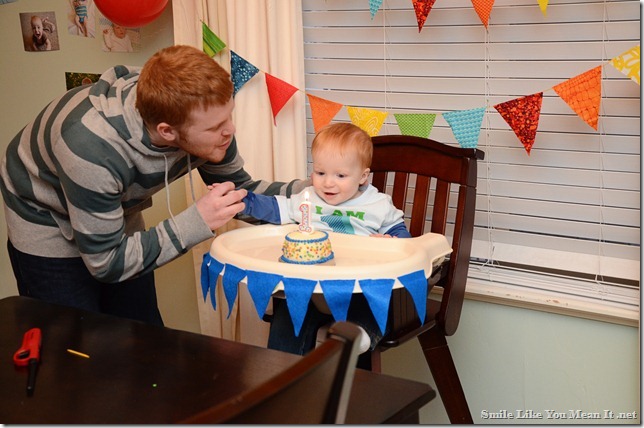 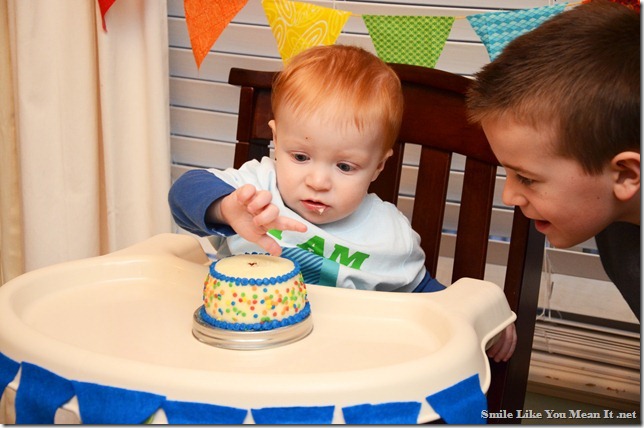 It wasn’t until I gave him a fork that he started going for it!  Leave it to Sam to rather destroy his cake than eat it! 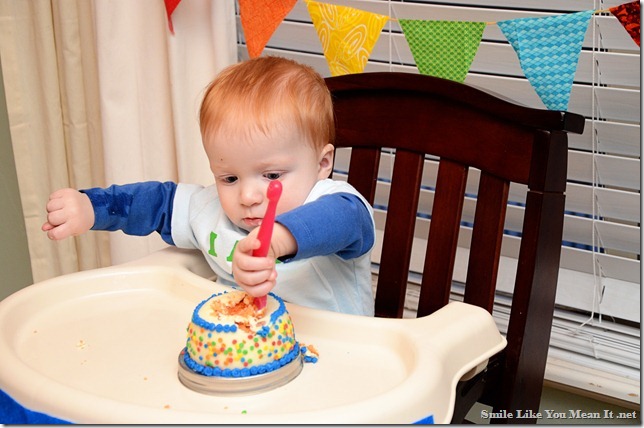 Eventually he did start eating it off the fork and seemed to think it was worth his time to try to eat it! 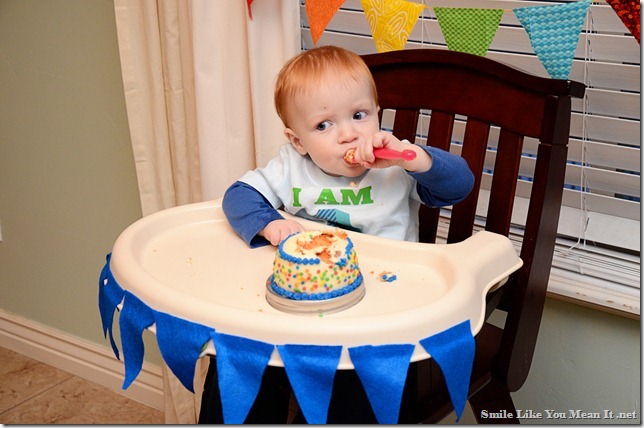 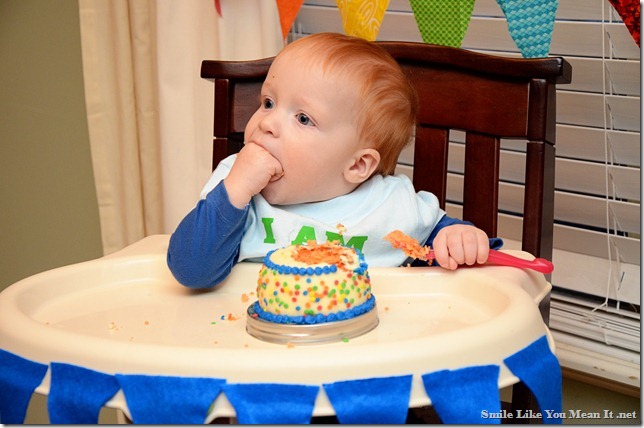 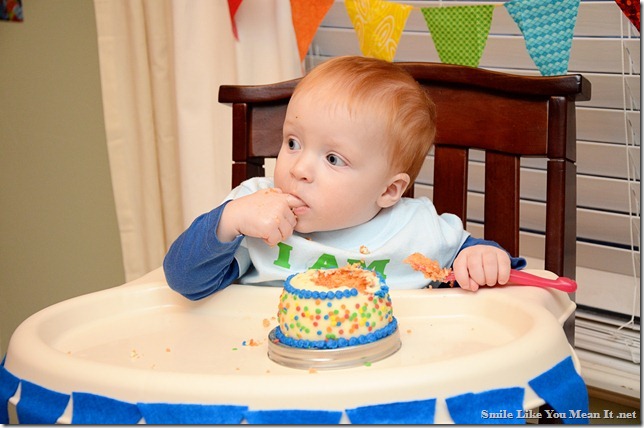 It mostly looks this destroyed because he started banging his fork into it.  I don’t think he actually ended up eating too much of it, but it’s hard to tell.  See how clean his shirt is?  Yup.  No bath required after this cake smash! Sam was pretty darn clean after.  I barely had to wipe off his face!  Much different experience than with Luke’s first birthday party and his experience with cake. 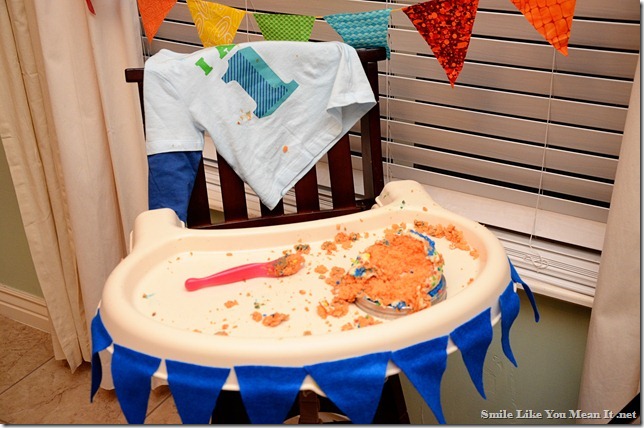 Sam was slightly more interested in opening presents than he was at Christmas time.  He really liked his gifts too—especially the bag of 100 plastic balls that he loves to dump out over and over and over… 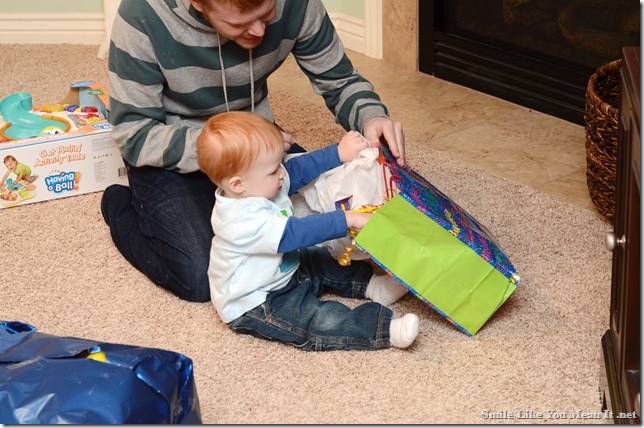 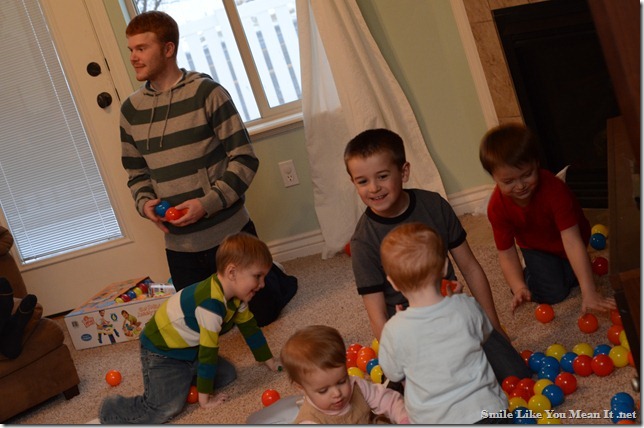 A great little party for a great little man!  Now someone stop time because I like him just the way he is! Happy Birthday, Sam!