I thought it would be fun to go through all my pictures and find all the Halloweens we have pictures of!!

I’ll start with some really old ones!

I think I was seven in this picture…a Bride!   The crayon is a friend—Kirsten something—and the boys are my brothers.  I’m sure they will love that I posted this picture ;) 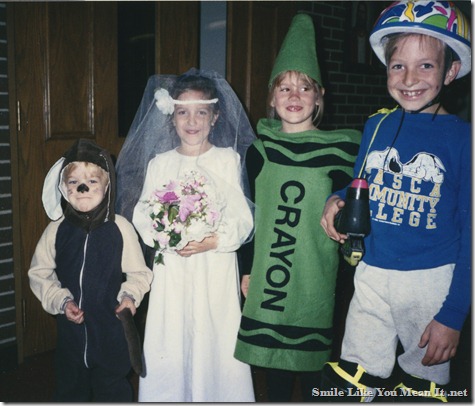 I hope my hubby doesn’t mind me posting this, but I love this picture of him as Dracula! 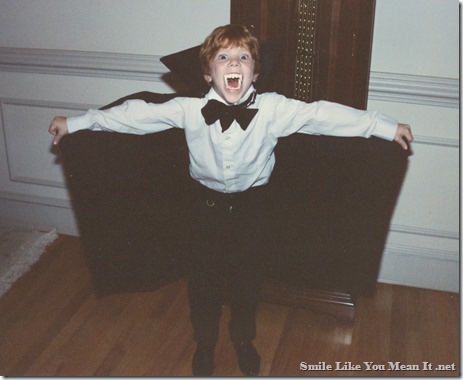 I can’t find any more of us as kids…so onto college!  My next door friend, Lauren, and I made a Graveyard cake {in the dorms} and we did one every year for three years after that! 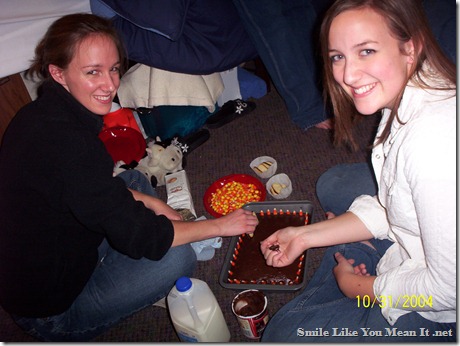 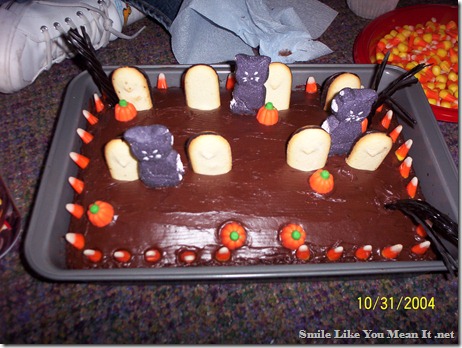 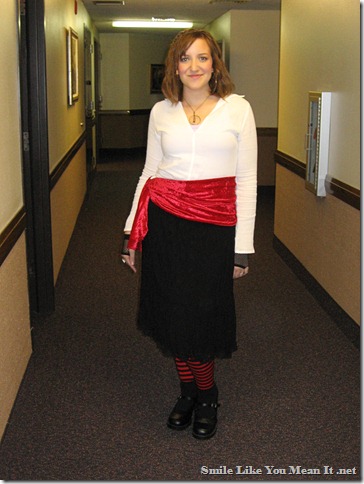 In 2006, I was working at Jamba Juice on campus and it was the only day we didn’t have to wear the annoying uniforms, so I dressed up!!  I meant to look like a gardener…but ended up looking more like a housewife.  My roomie took this pic when I was making dinner that night! 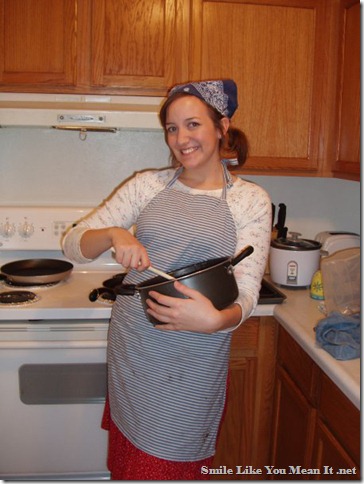 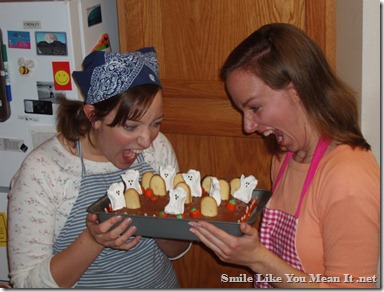 Scott and I were lame in 2007, we’d just gotten married and we lived in a basement apartment which meant we didn’t have any trick-or-treaters. We didn’t have any parties to go to and so we didn’t dress up.  We probably just came back from school and watched TV as usual.  We did go to a few really awesome haunted houses and such that year, however, so that gives up some cool points.

In 2008 we were doctors and we didn’t really dress up Luke, so we just called him our little patient. 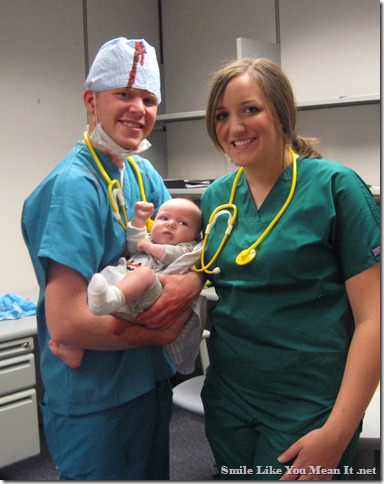 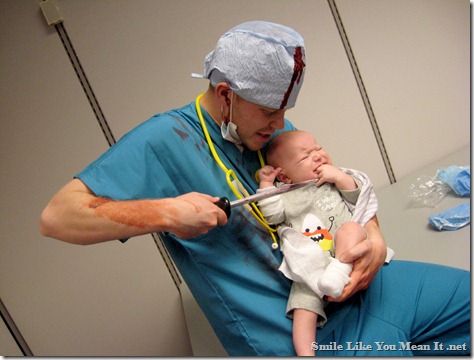 In 2009, Scott and I dressed up as Jim & Pam from The Office.  We dressed up like they dressed up on the show…so Scott was a three-hole-punch version of Jim and I was a cat.  We decorated his office to be like The Office—even put a stapler in jello! 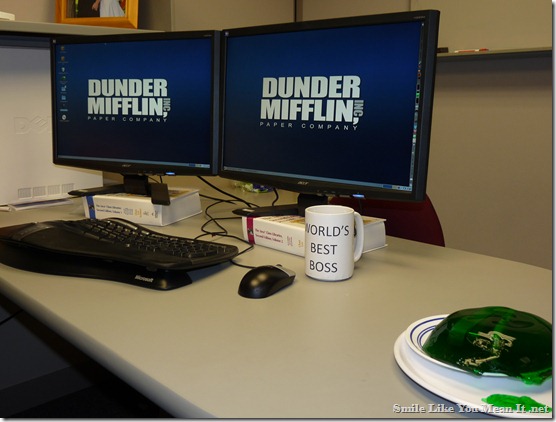 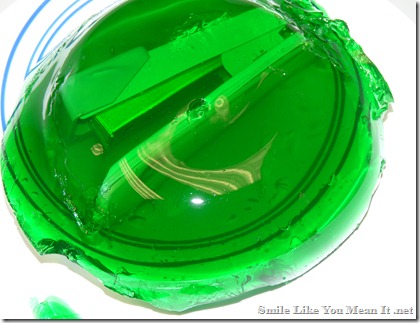 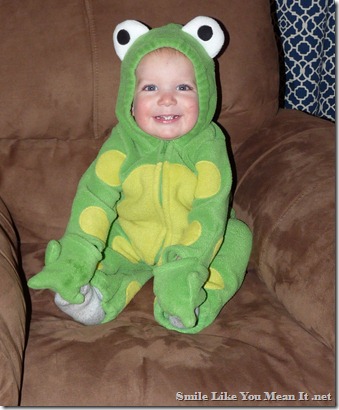 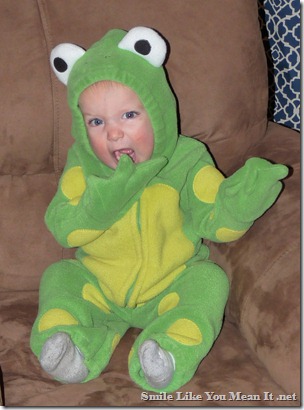 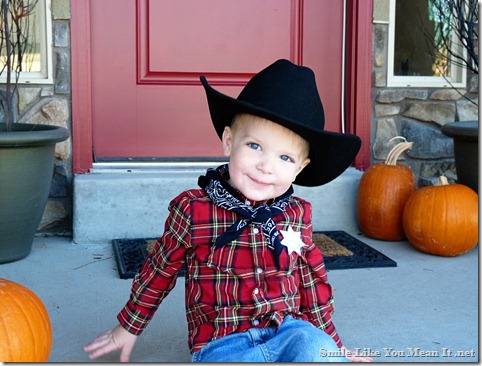 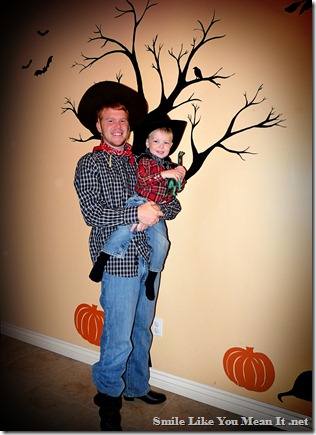 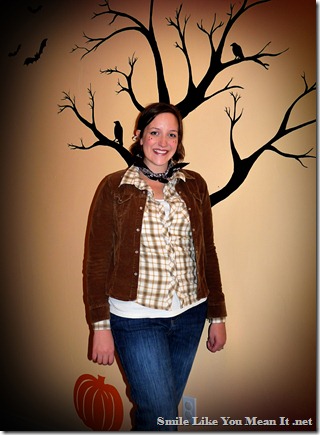 In 2011 (last year), Luke was a dinosaur and Scott and I wore these skeleton shirts that I made!

And this year we were all superheroes.  Luke doesn’t have a preference for specific ones…so he and Sam were just generic superheroes and Scott & I were Super Mom and Super Dad! 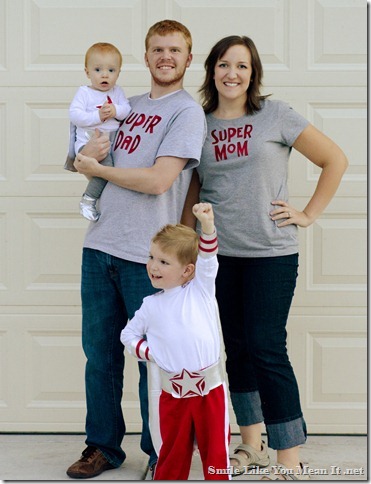 More pictures of us later!