Learning to love the abc’s

Luke went through a long stretch of many months where he didn’t want to have anything to do with learning anything!  He was struggling with his abc’s and numbers and did NOT want to work with me to learn them!  He was also struggling with handwriting and learning how to hold a pencil—he never really liked to color until just recently, so he was behind with drawing and tracing skills. I was getting pretty discouraged and worried that he was falling behind the other kids his age—especially the other kids in his preschool.  So for Christmas, I made sure to find some items that would help get him back on track!

First, on my hunt, I read hundreds of raving reviews for the LeapFrog Letter Factory DVD.  Tons of people were saying how quickly their children learned not just the letters, but also what sounds they made!  I found it for less than $10 on Amazon, so I went ahead and added it to the list!  Luke watched it 3 times on Christmas day and several times over the next 2 weeks.  He was instantly interested his learning his abc’s again!  He was quickly recognizing letters and also telling me what sounds they made—which completely blew me away!  I am looking into the other DVDs to help him with colors and numbers too! 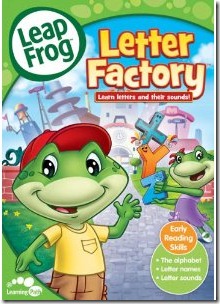 Because he loved the DVD so much, I pulled out his old LeapFrog Fridge Phonics Magnetic Alphabet Set that I’d long put away since he’d lost interest and I was tired of finding the magnets everywhere!  We keep all the magnets in a basket (instead of on the fridge) and use it on the table or sitting on the couch.  It reinforces the “every letter makes a sound” song that they sing in the DVD.  He loves sitting there and switching out the letters. 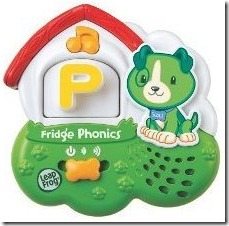 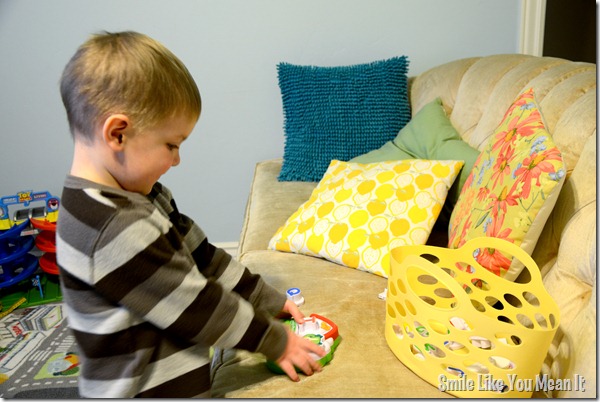 Lastly, another Christmas present I insisted getting Luke was something to help him learn to hold a pencil and trace/draw better.  I found the LeapFrog Scribble and Write when I found the Letter Factory DVD.  It also got really good reviews, and since it was also reasonably priced I decided to go ahead and give it a try.  It took some practice before Luke got the hang of using it on his own, but now he loves to sit and trace the letters.  It teaches uppercase and lowercase letters, shapes and has a few little tracing and guessing games, too. 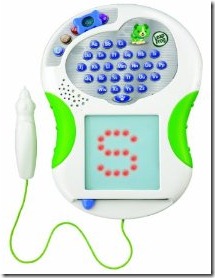 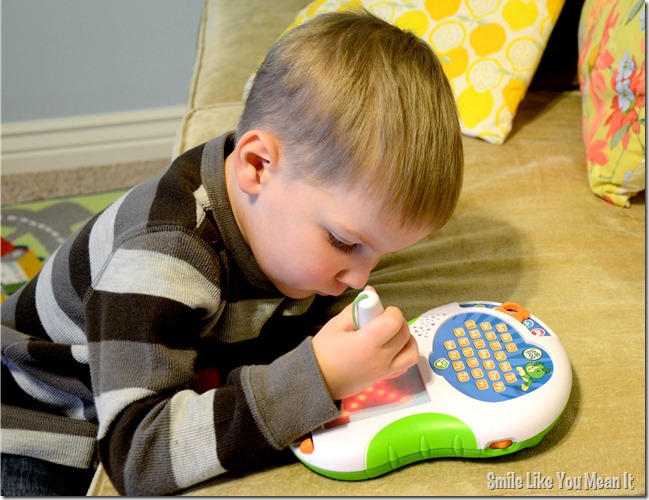 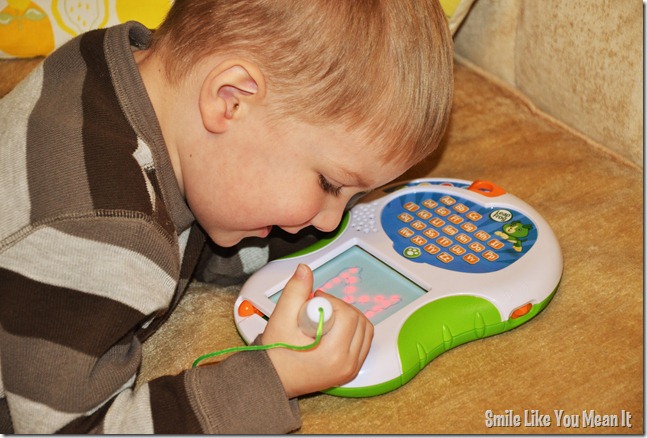 Luke know knows nearly all of his letters (he mixes up a few like p & d) as well as the sounds they make.  He’s also come so far in his ability to trace lines and letters!  I am one happy mama!!  If you have a toddler struggling with these things I would highly recommend these learning toys!

*Disclosure* all opinions are mine and I was not asked by Leapfrog to promote any of these items nor was I sponsored or paid in any way for writing this post!  I just love what they have done for my 3 year old and wanted to share!