The first few months of having a newborn, majority of the time is spent feeding them!  I have 3 things that have already come in pretty handy in the first 2 weeks of welcoming Sam home. 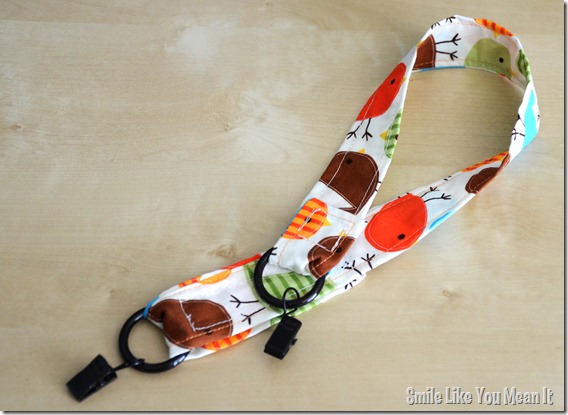 This is a super easy project that will take you less than an hour and makes a great gift.  My friend had a car-seat canopy cover that worked also as her nursing cover—this nursing strap is what allowed her to use it for both.  All she had to do was take it off the car-seat and clip this strap on and she had an instant nursing cover!  The clips are actually curtain rings (found them at Target).  You can also just use this strap with any blanket to do basically the same thing.

After trying out the strap, I decided it would be good for times to pack light, but I still really wanted a separate nursing cover with the boning in the neck and an adjustable neck strap.  So I whipped this out (which would have only taken an hour or two but ended up taking me an entire day since baby Sam takes up a lot of my time!): 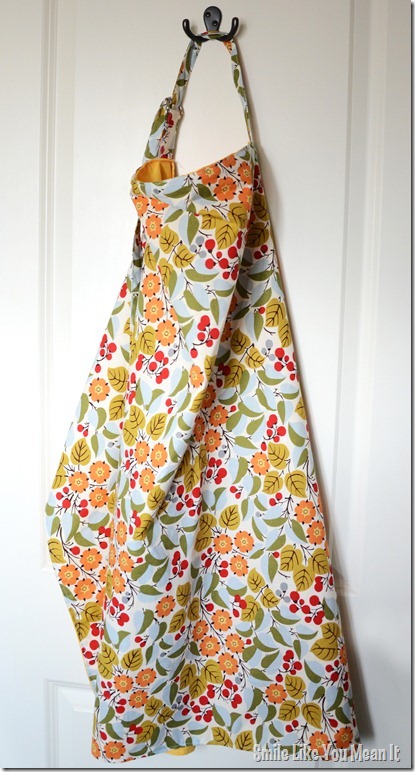 And lastly, when you are waking up every 2 hours at night and getting very little sleep, it starts getting a bit tricky to remember things like which side to start nursing on each time. I was tired of finding my notepad to write everything down in the middle of the night, so I made myself a little nursing bracelet! I just switch it between wrists to remember which side to start on the next time! I just measured a piece of elastic cord, tied a knot and then strung seed beads on it before finishing it off with another knot. It’s not bulky or heavy, so I can sleep with it on and most of the time I forget it’s even there. 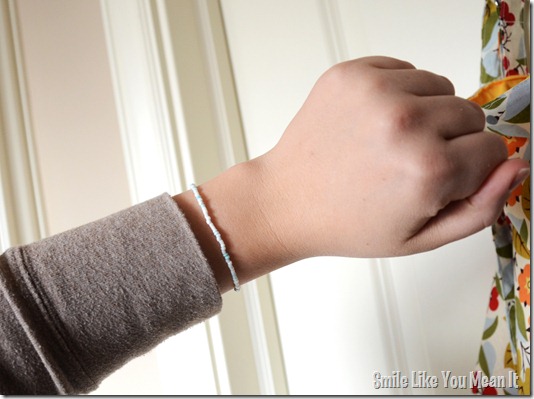 That’s it!  Nursing made easier!

Email ThisBlogThis!Share to TwitterShare to FacebookShare to Pinterest
Catagories of Interest: baby, craft projects, Stuff I've Made, Things To Make