We’ve had them about a month now (since Oct 9).  My brother had 4 and was going to let them all go since it was too many to take care of...I said I would take 2 and that way he could keep some, too.  They are pretty easy to take care of—only have to feed them every couple of days and in the month we’ve had them I’ve only cleaned the bowl once! 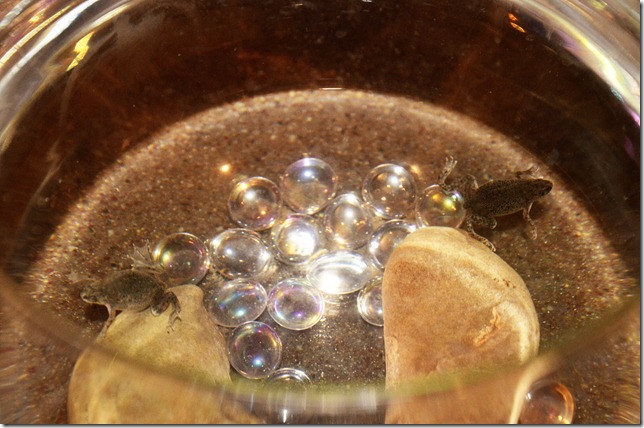 I named them Freddie (who’s the fatter one on the left in the pic above) and Frank. 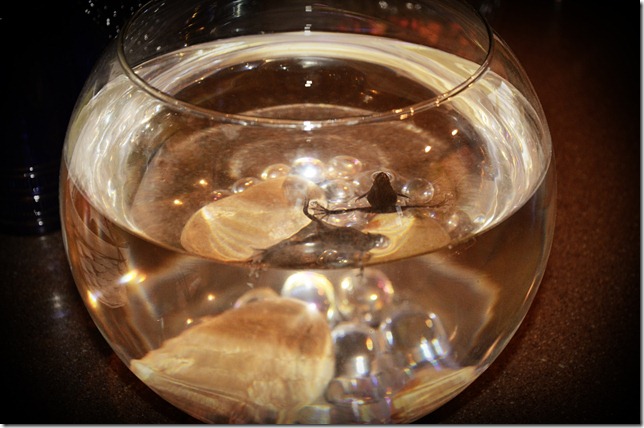 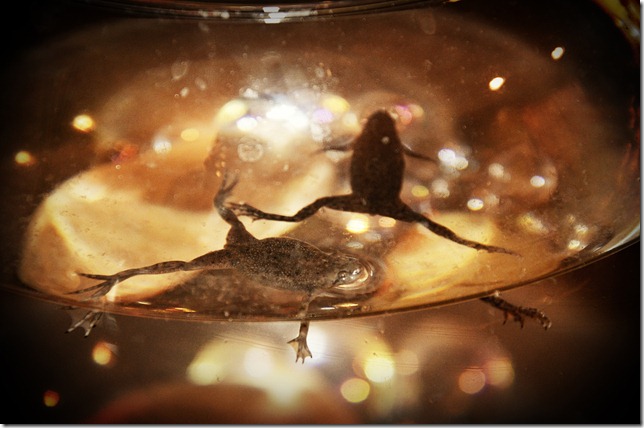 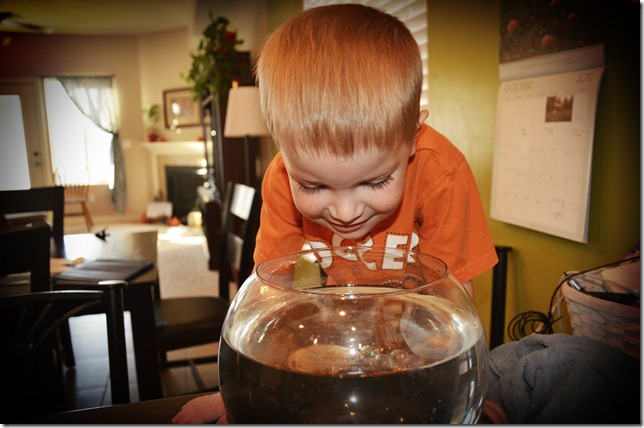 Last Saturday after I cleaned the bowl I left the net next to the bowl on the counter.  Later that night, Scott & I were working on various things upstairs and Luke went downstairs to “see froggies”.  He kept coming up the stairs every few minutes saying “Froggies!!” and we just kept ignoring him and kept saying “yeah, go see froggies!”  and he would go back down.

What I didn’t realize until I went downstairs is that there was only ONE frog in the bowl!!  Luke had used the net and let one out!!  I panicked!  “Luke!! WHERE is the FROGGY!?!”  He ran over behind the dining room table and said “Right Dare!!”  pointing to the floor where, sure enough, there was the other frog!! I sighed with relief…until I realized Ew! I’m going to have to pick it up!  With a little squeal and hop I said “Forget that!” I ran for the net and helped him back into the bowl.  The poor thing went a little crazy and did laps from the top of the bowl to the bottom for the rest of the night—testing his boundaries I guess. 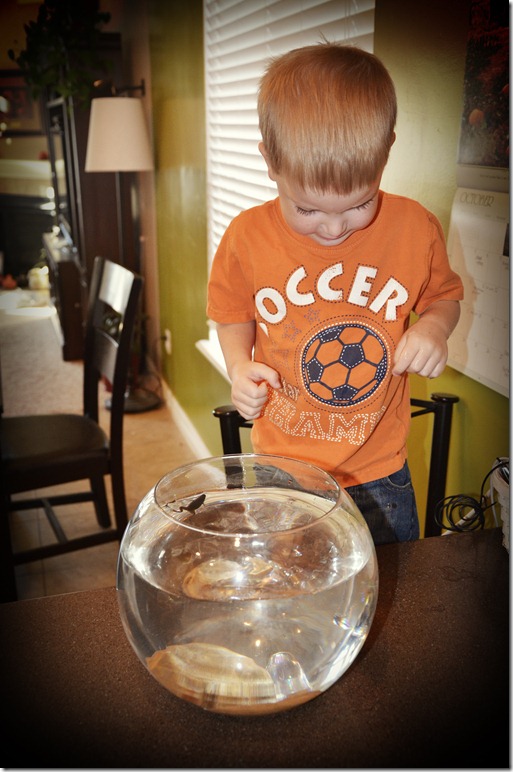 Most likely the frog that got out was Fat Freddie…he tends to float on the top and is always the one that tries to hop out of the net when I have to transfer them to a different bowl. 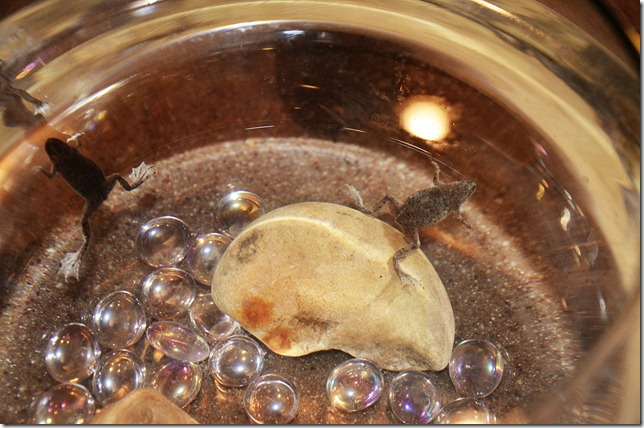 My sister 2 frogs like this too (kind of a trend in the family I guess!).  She has had them over a year and has a few good stories of her own.  Apparently they are pretty resilient little pets for boys who tend to do crazy things to them sometimes!  That is good news for us!