Though I am not totally done—I need to put ribbons around the pots and eventually I’ll be getting pumpkins—I thought I’d show you the porch right now. 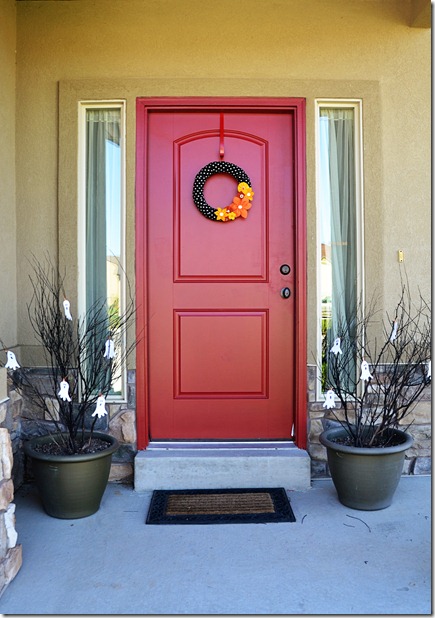 I made a new Halloween wreath, because the one I made last year was squished, several gems fell off and it was overall in poor shape.  So I covered a new wreath with black polka dot fabric—a remnant from my stash.  Then I started making some felt flowers.

My first attempt was a pretty combo, but I didn’t finish it because it definitely didn’t look “Halloween” enough.  The blue & green threw it off.  So I stuck with oranges and yellows.  Still not totally screaming “Halloween” but it’s better than my fall wreath I had up through September.  Maybe I will make purple & green flowers instead…we’ll see. 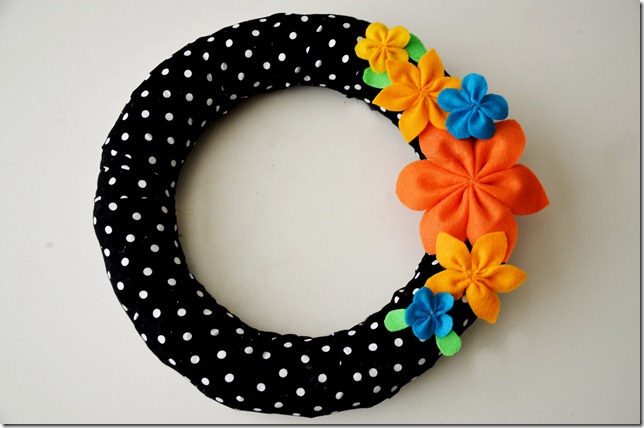 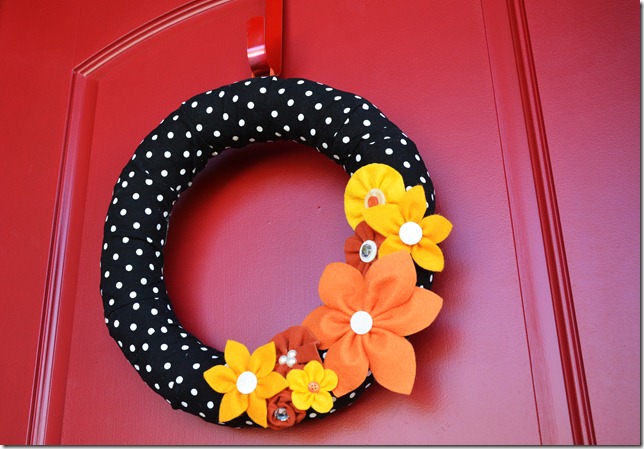 Next, my naked branches (spray painted black last year) needed something on them.  I contemplated bats—but  I did ghosts instead.  I didn’t really care about how awesome they looked, so I kept it simple.  Drew a ghost on cardstock, cut it out, traced it onto a folded piece of white felt. 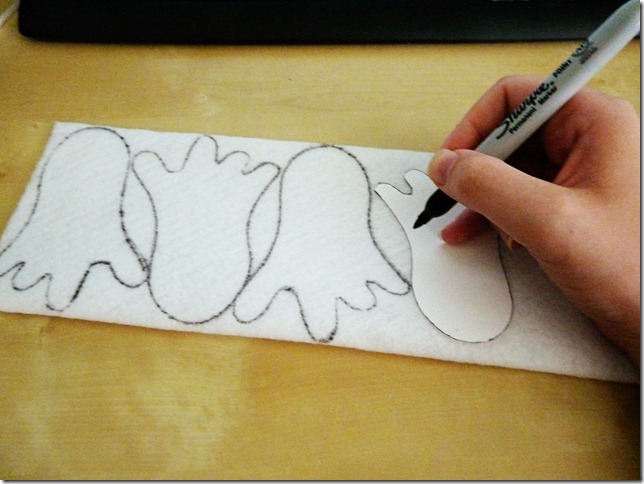 Cut them out and drew faces and then hot glued orange ribbons on to hang them. Probably took 20 minutes. I may work on some cuter ones (like these, or these or these-but laminated) that I’ve seen and pinned, but that requires work and possibly sewing (shudder) and we all know I am a pretty lazy crafter sometimes. 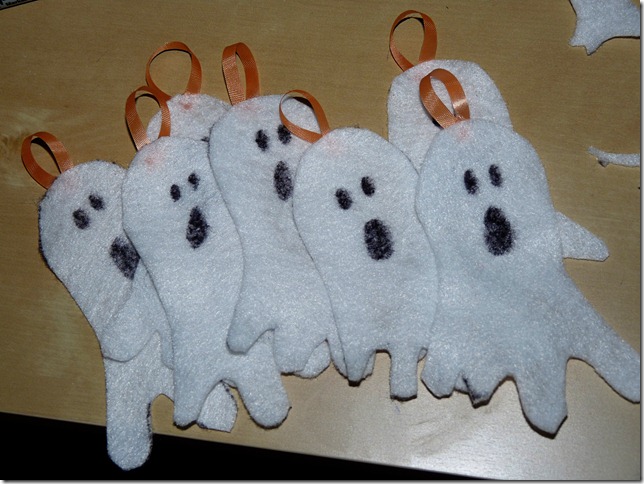 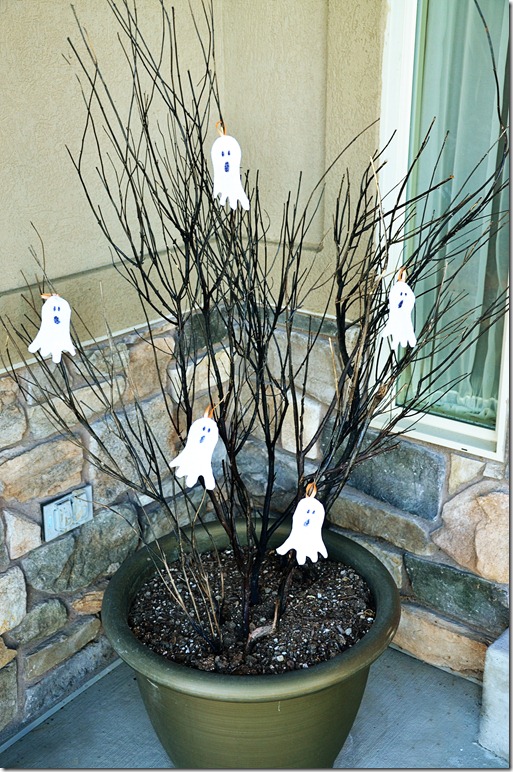 So that’s that.  This works for now.  Like I said, I still need to put big orange ribbons around the pots to dress them up & give them more color.  That’s all for now!  The rest of the house is starting to look more festive too—more of those pics later.