Cleaning out the Kitchen

Have you ever reached a point with a room or space in your house where you simply couldn’t go another minute being cluttered and un-functional?? I reached that point with my kitchen and over the course of a week reorganized and cleaned out each and every drawer and cupboard!!! We moved into this house 3 years ago (sheesh, time flies!!) and a lot of the cupboards had things in them that didn’t belong in the kitchen at all. I also had not one but TWO junk drawers! 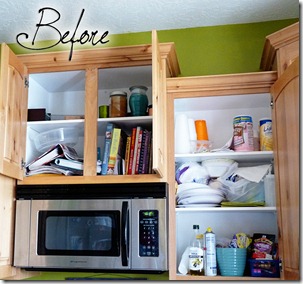 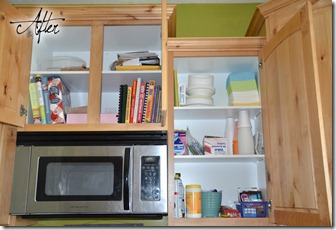 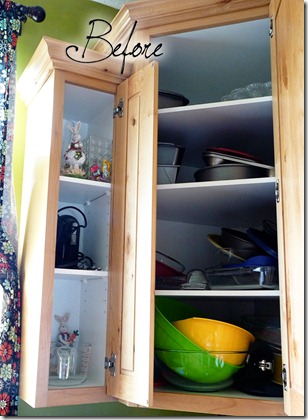 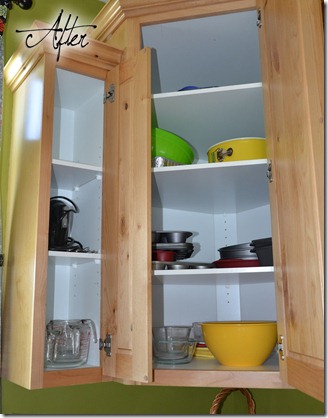 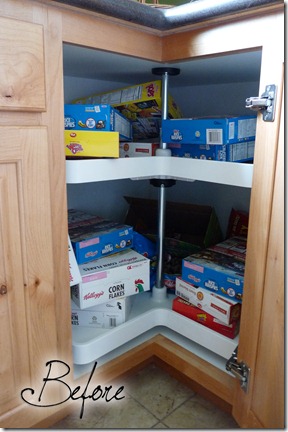 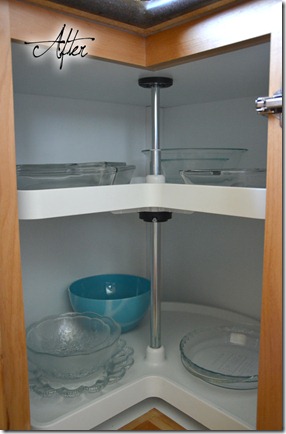 which has been wonderful!! Next the cereal needed a new home, so I cleaned out this mish-mash cupboard and put it here along with some other food storage items that don’t fit in the tiny pantry cupboard. 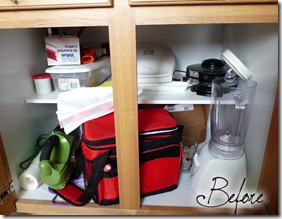 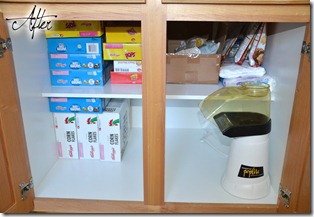 Some of the mish-mash cupboard items didn’t belong in the kitchen at all so they went out…and the rest went into the Tupperware cupboard. This cupboard also had a bunch of jars and recyclable items that I use for crafts, so I cleaned those out to make room and put them upstairs in my craft closet. 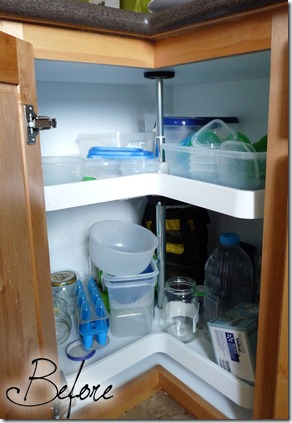 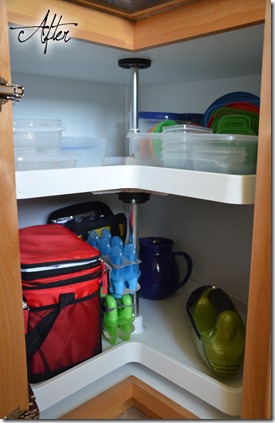 So my TWO junk drawers were kind of ridiculous…so I made it into just one, and not so much a junk drawer as the drawer for pens, paper, batteries, scissors and a *few* misc items we use. That freed up an entire drawer! I moved Luke’s bibs & washclothes and all the aprons into the free drawer… 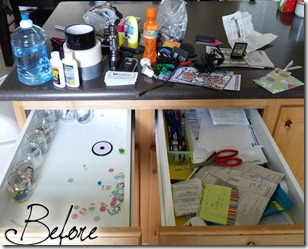 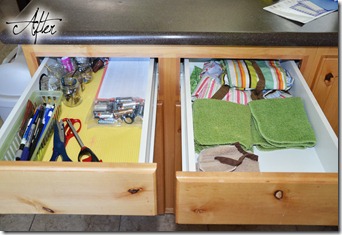 (all hand-crocheted by my mom, by the way) 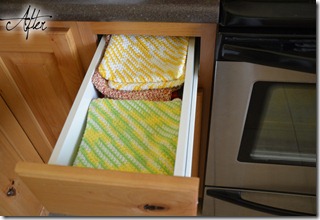 in order to free up yet ANOTHER drawer. In this drawer I put in spatulas and spoons, tongs, etc that we use for cooking on the stove. 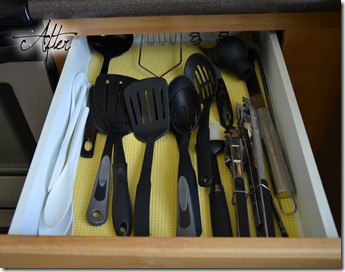 I didn’t take a before, but all the utensils above were in the same drawer as this one below, which as you can imagine was a chaotic mess!! Too much stuff for one drawer! it’s SO much better now. 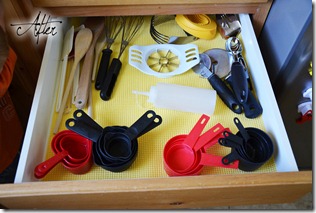 Here’s two more cupboards that got some re-organizing---under the sink, and the one next to it which was a mish-mash mess again. 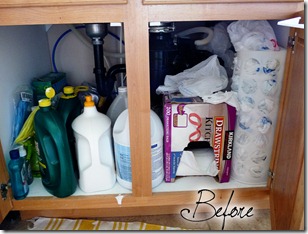 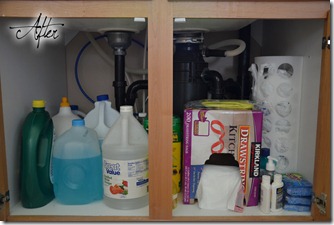 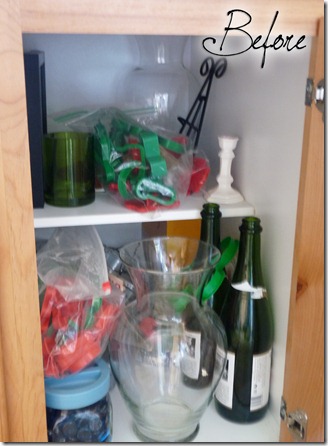 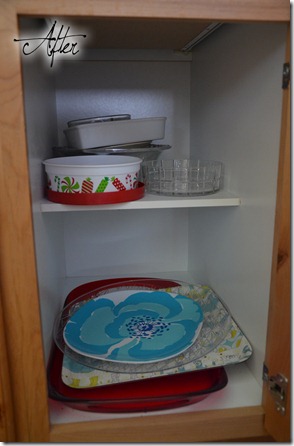 And now the really fun stuff! The pantry cupboard & closet: 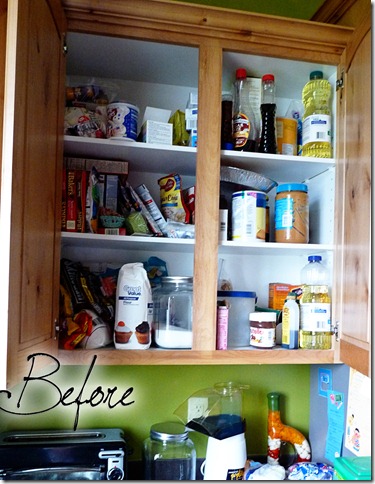 The blue and green baskets/shelves I got at the dollar store. They help a TON to keep mixes and chocolate chips and other small baking items organized and kept neat. Down on the 3rd shelve I have since gotten more red-lid containers for sugars and got rid of the bulky cracker jars. All that’s left to do is make some cute labels!

The Pantry is a place that easily becomes a mess after shopping trips if things don’t have a home.

added an extendable shelf to the top shelf for additional storage. More green mini-shelves for Luke’s snacks mostly. The big bin is for crackers and chip bags!

I got rid of a lot of the bulky jars I had pasta in. As pretty as they are, they are bulky and not too functional. Also added another basket for rice mixes.

And I added another extendable shelf for the cans. It’s still not 100% ideal, but it’s a lot better than before. {Why don’t they just make all alike canned food items stackable?? Only things like tuna and a few other limited canned items are stackable and it’s so frustrating!}

On the bottom we have a recycling bin, and then extra soda cans and potatoes can go in the other blue bin.

I’ve never organized the freezer, really, and now we have a chest freezer in the garage, so I could clean out some items and put them out there. I had a lot of open bags of the same frozen veggies, so I consolidated and put them in Ziplocs—which looks nice too.

The End!!! I love how much more functional everything is! The cupboards & pantries are still looking good, a couple weeks later, and everything has a place to go instead of being shoved wherever there is room.