what i made this week

It's hot outside this week and I've been trying to pass time inside by keeping busy. I've cleaned out the kitchen--major overhaul of all the cupboards and the pantry. I'll post more about that on Monday. I've also been trying to get some projects done for Luke using inspiration found on Pinterest. (because what good is that site if you're never going to actually DO anything you pin?!)

First, I made a giant snake. It's similar to a door draft stopper snake (pinned here), but I made it with the intention of holding back the heavy curtains away from the air vent in Luke's bedroom. It works great! 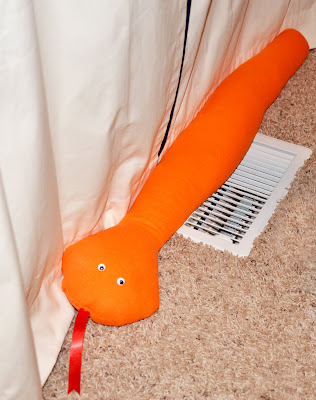 Since the big snake weighs somewhere between 5 and 7 pounds and I keep telling Luke it has to stay there to guard the window, I made a smaller snake for Luke to play with. I actually made a baby snake for this one too, but I didn't take a picture. He loves them both, maybe a bit TOO much--I'm going to have to find a way to keep the seams from popping which they already seem to be doing!! 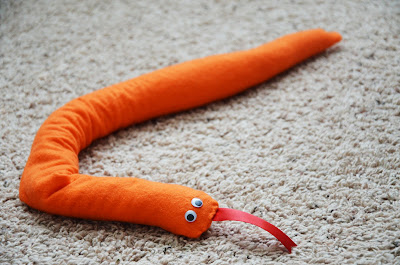 Lastly, I made this button letter canvas for Luke's bedroom. Inspired from this pin (which is SO pretty), they actually sewed on all their buttons. I love buttons, but it takes a really long time just to glue them all on, there's no way I'd have had the patience for sewing them all on!! Still, I like how it came out in the end--it looks just as I was hoping it would!! 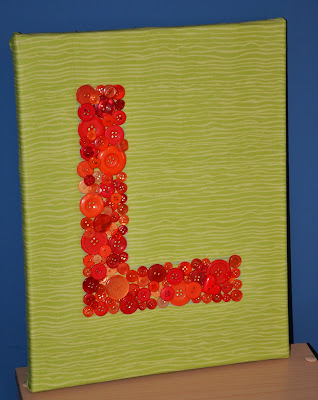 Now I just have to finish collecting the rest of his pictures/artwork/etc for his gallery wall and I'll be able to add this awesome L to the mix! I have a couple more projects to do for his room too, but I can see the end and it will be totally done...someday!!