My friend Megan and I worked on these 2 projects for Fall and they came out way cute. I probably wouldn't have done either one had she not wanted to make something crafty with me, but I am so glad I did because I love them both!
First, Sweater Pumpkins!
A few D.I sweaters, twine, yarn, a whole lotta stuffing, and several hours later, a bunch of super cute pumpkins! 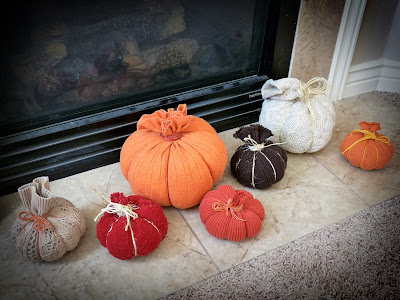 Next, Subway Art
I truly thought this one would be easy, but it was a lot of work. It took me a long time working on the fonts, sizing, and spacing for the words in my Sure-cuts-a-lot program for my cricut. Getting the vinyl on and off the transfer paper was a beast! And I still wasn't totally satisfied. I peeled off a word and the letter "A" of Autumn and changed them.

But it was worth it because it is dang cute! 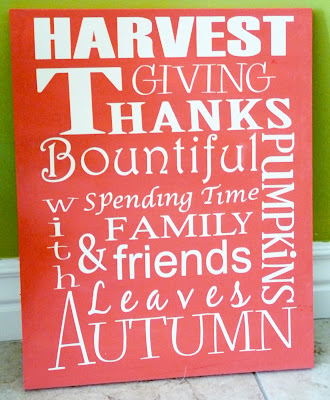 and mine red (take 1, before changes) 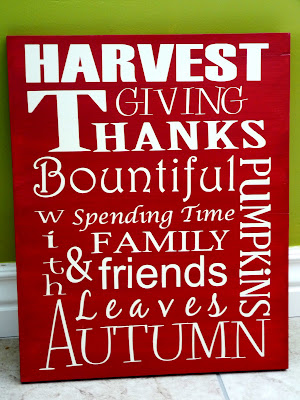 Take 2, after the changes to the lettering: 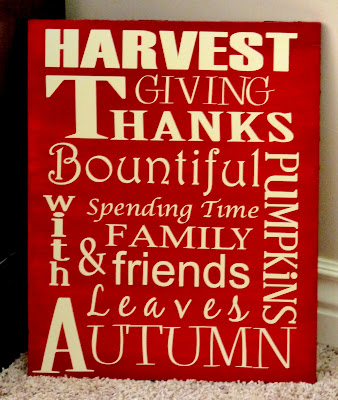 Email ThisBlogThis!Share to TwitterShare to FacebookShare to Pinterest
Catagories of Interest: Stuff I've Made