Thursday was Eiffle Tower day!! But our reservations to go up weren't until like 5pm so we spent the morning walking around the river and parks and exploring more museums. 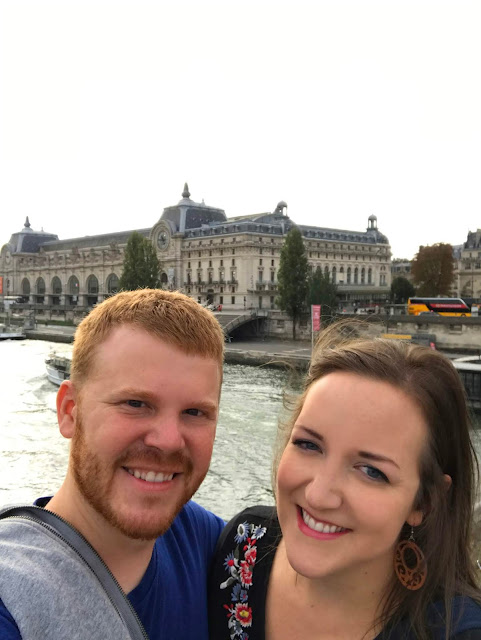 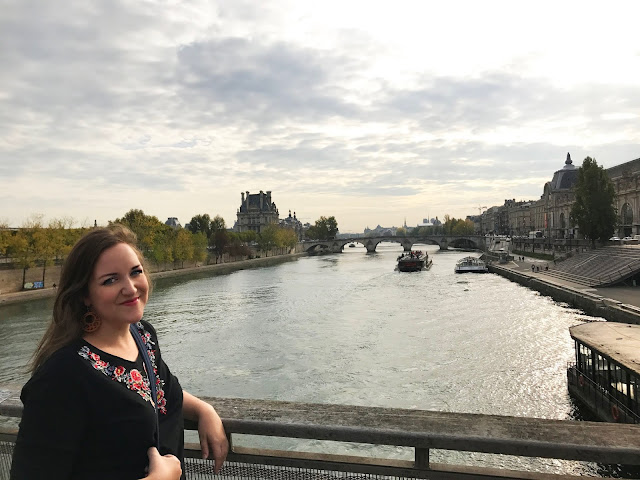 We tried to visit the Orangerie...but apparently the staff was on strike so the exhibits holding the famous Monet paintings (water lillies, etc) was CLOSED. 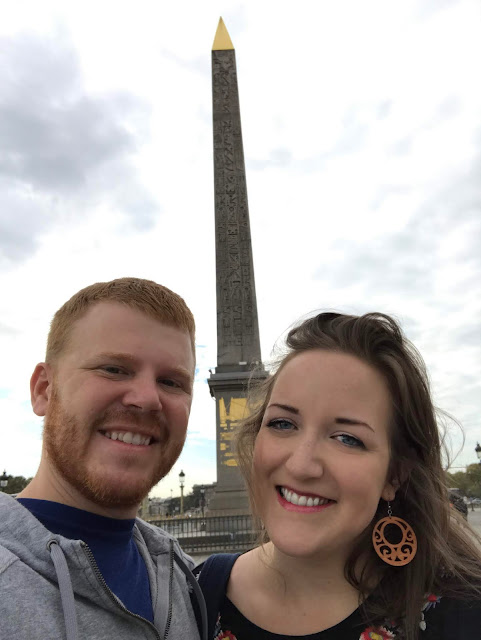 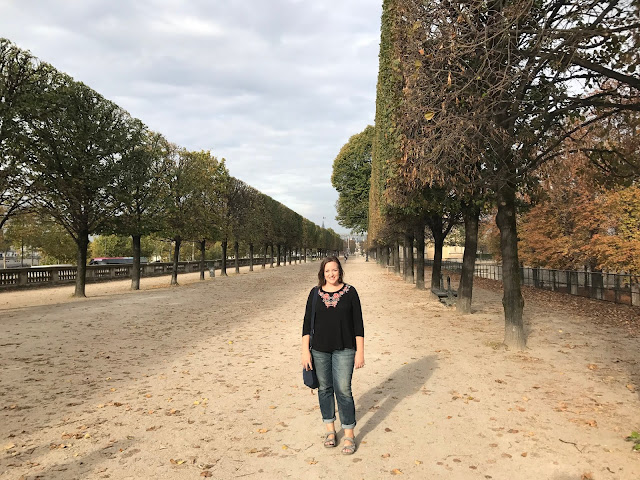 So sad. So we walked down the park that leads to the Champs Elysees and then made our way to the Army Museum to see Napoleon's tomb 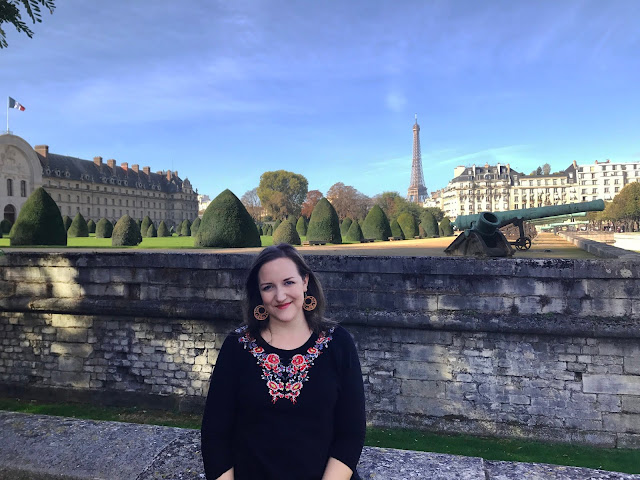 We visited Napoleon's Tomb and the WW2 exhibit 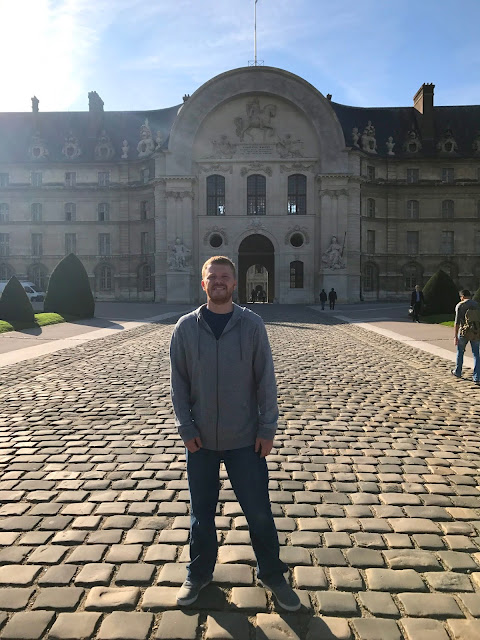 I'm always in so much awe over how BIG and DETAILED everything in Europe is! 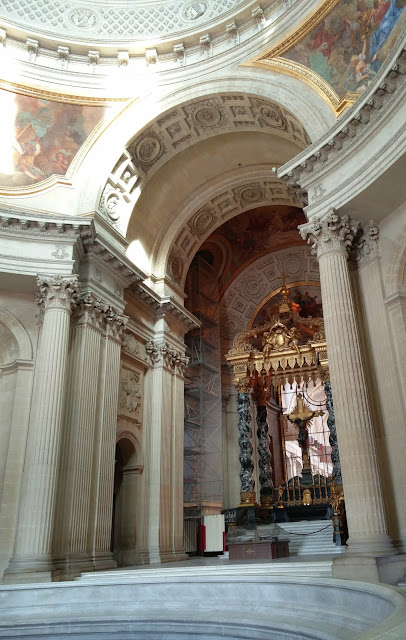 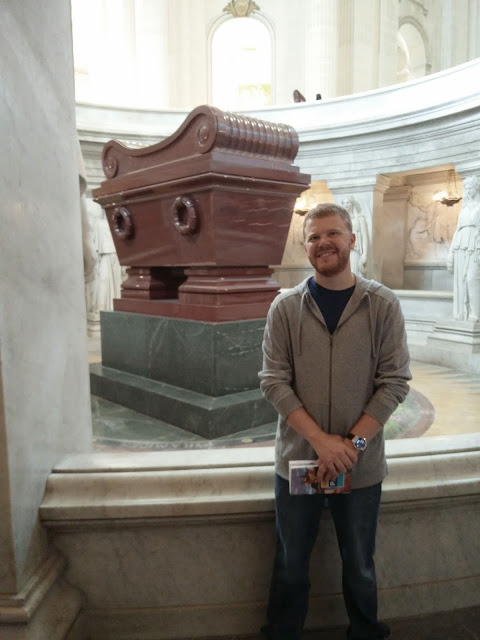 A little too bright :D 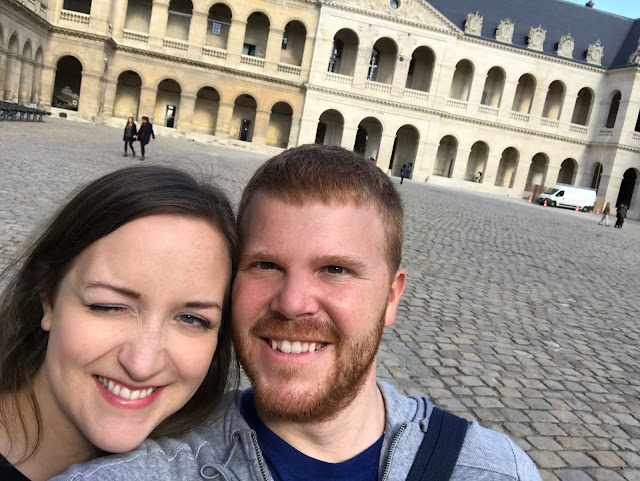 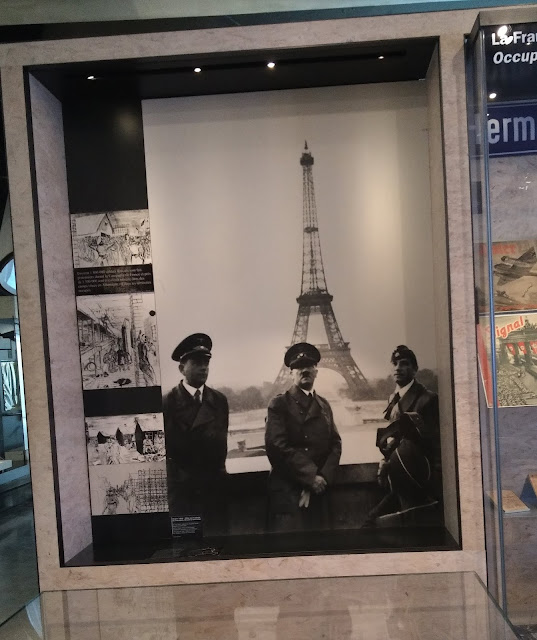 The museum near our hotel, the Cluny Museum holds the original heads from the Notre Dame.  They are SO much bigger up close than you would think! Even this picture makes them look small. 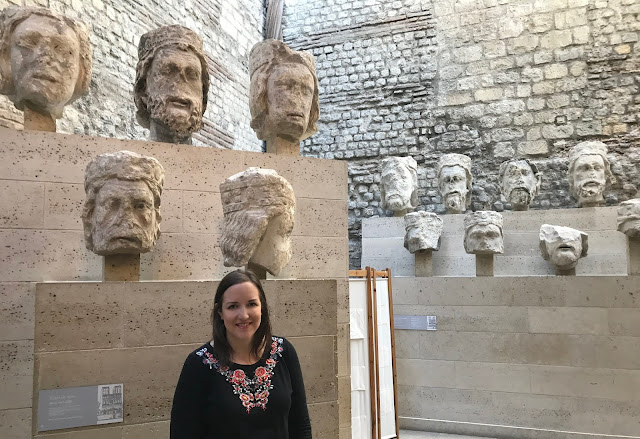 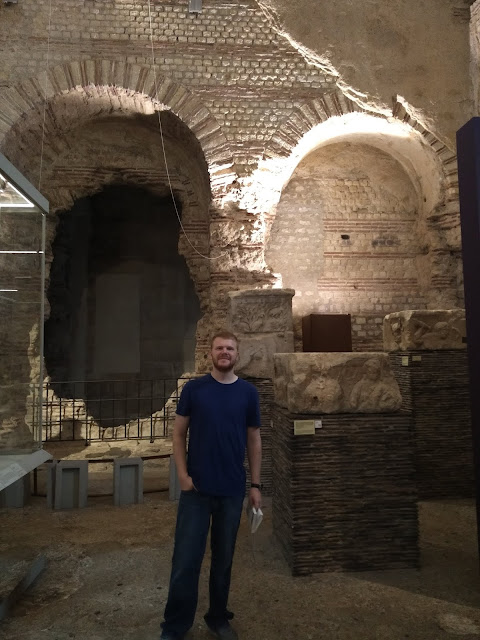 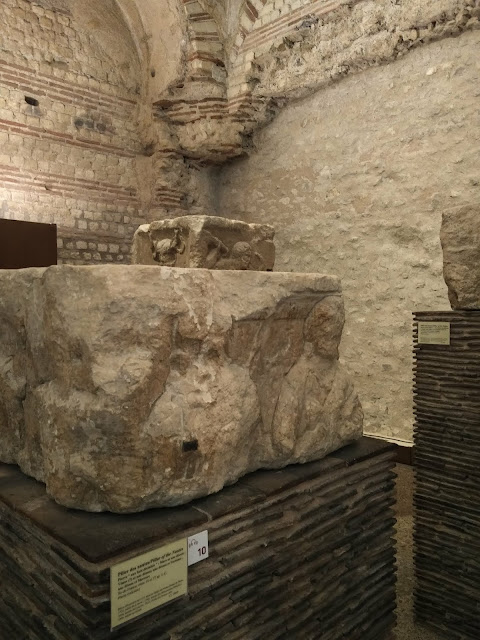 I really loved looking at all the old glass and the old books.  It's extra amazing when you think that someone painted/drew/wrote everything on those pages! 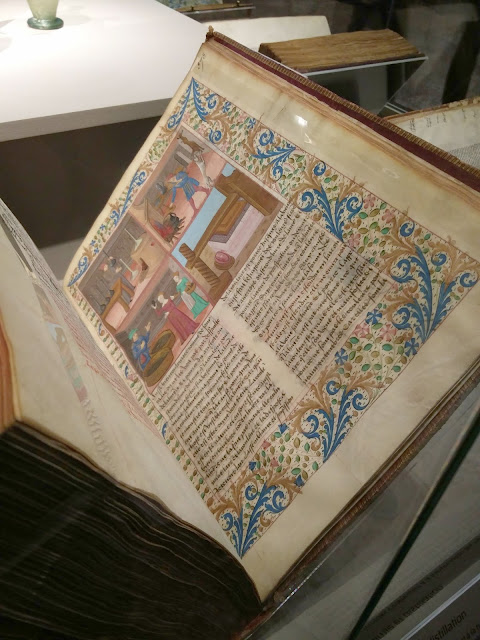 A short rest at the hotel and then back out again to our most anticipated Paris destination!
Finally visiting the Iron Lady! 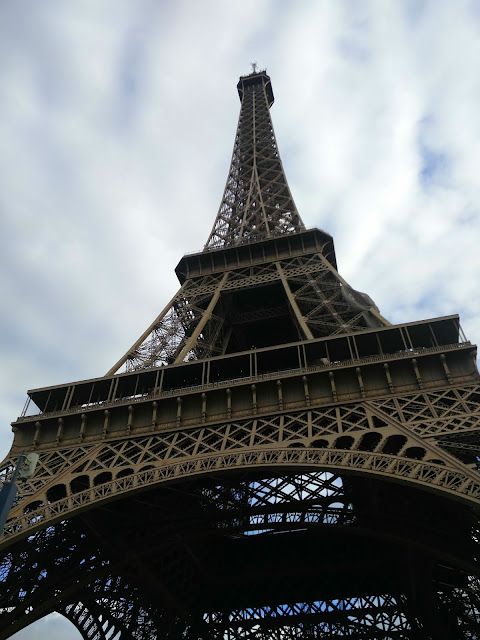 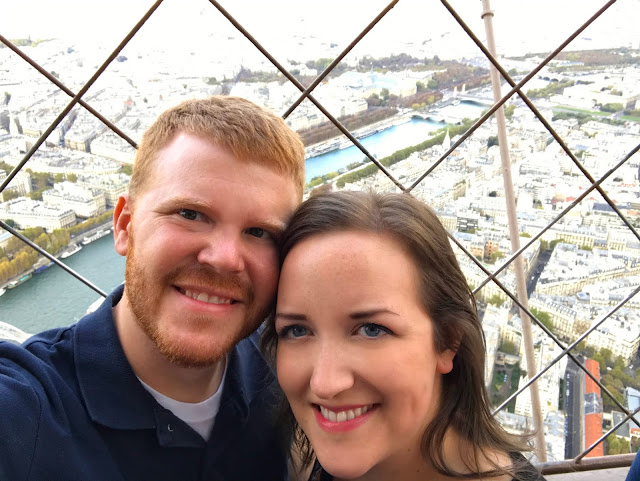 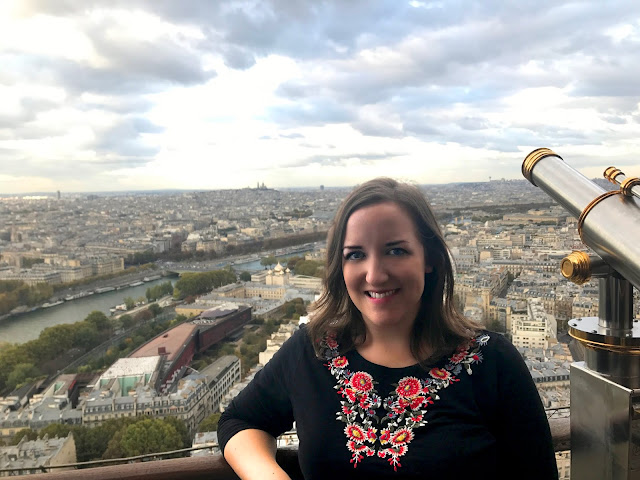 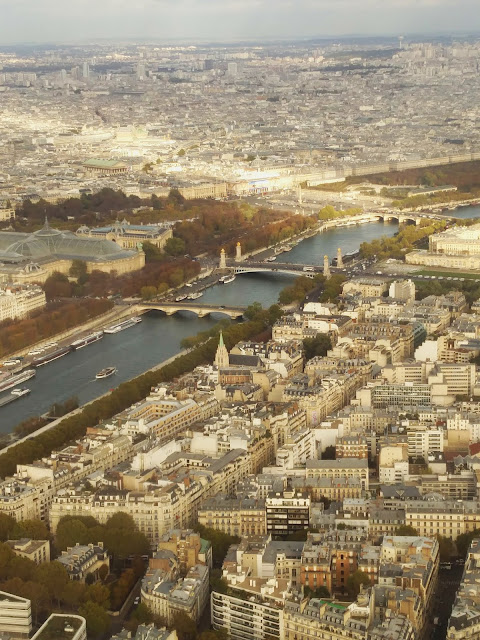 The Army Museum where Nepolean's Tomb is...where we visited earlier that day. 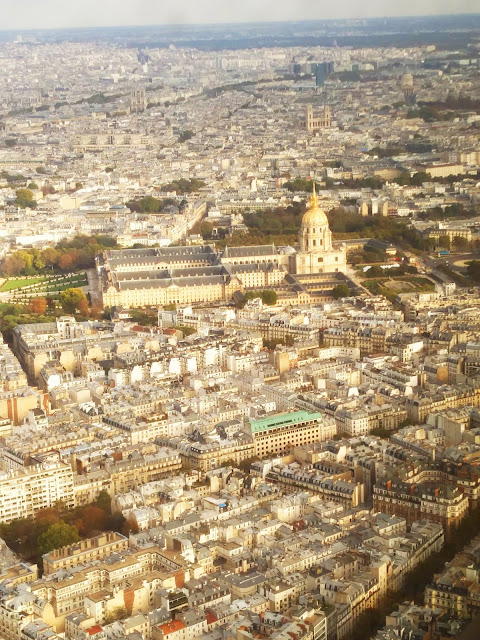 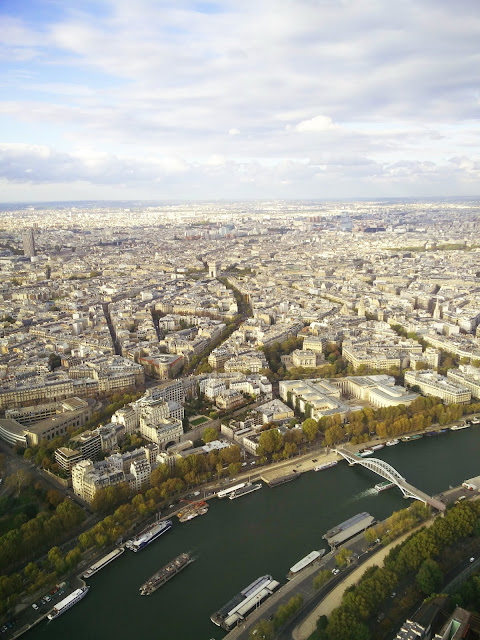 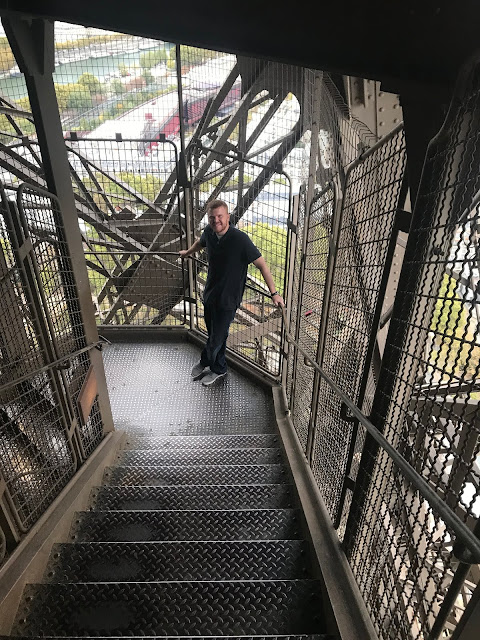 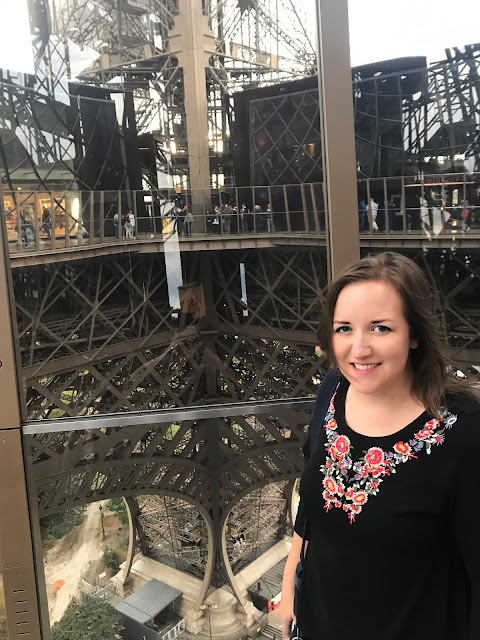 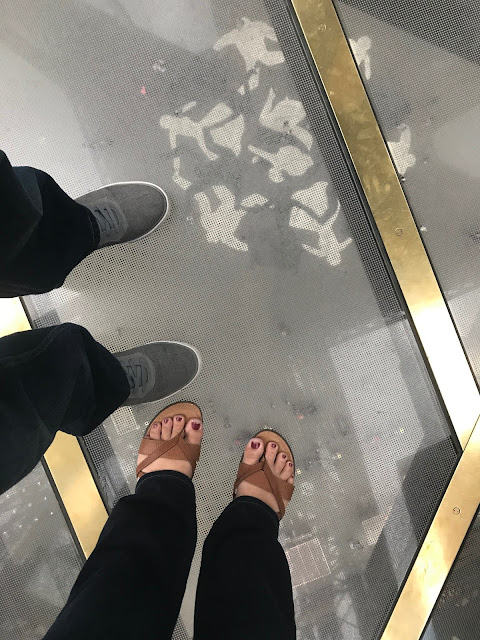 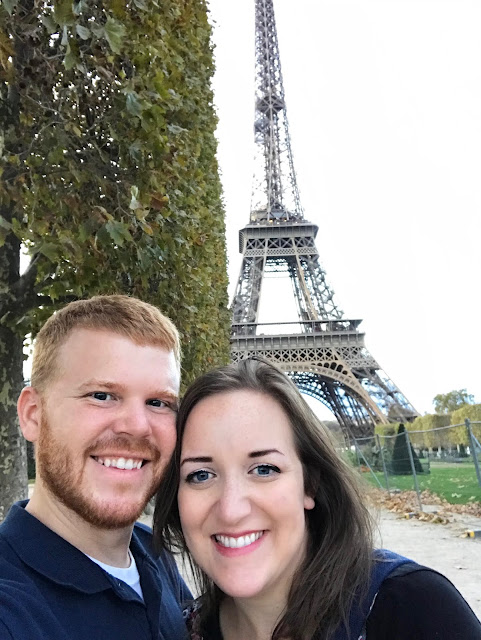 After enjoying as much time in the tower and around it, we went searching for food until it got dark.  We wanted to see the tower sparkle at night.

We landed at a pizza place. What you may or may not know about Europe, especially Paris, is that seating is pretty tight wherever you go to eat.  We were literally sitting right next to a couple from Britain at this pizza place.  We could hear everything they said and vice versa.  Maybe other people would make it less awkward and strike up a conversation with these complete strangers we were sitting on top of... haha...but we are not those kind of people.  Also, they made us order our own pizzas instead of sharing one...it was absolutely huge. 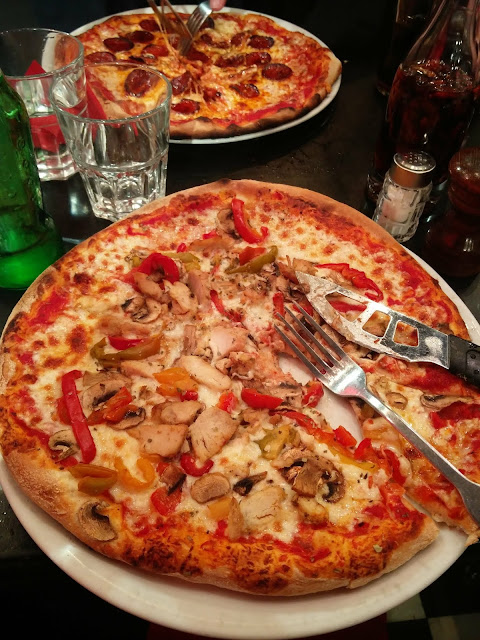 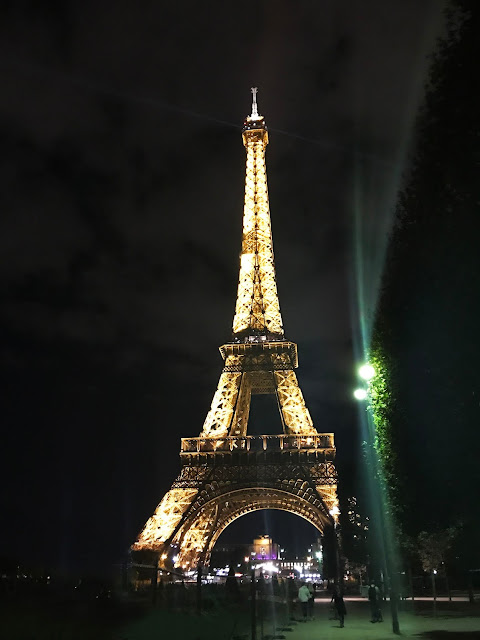 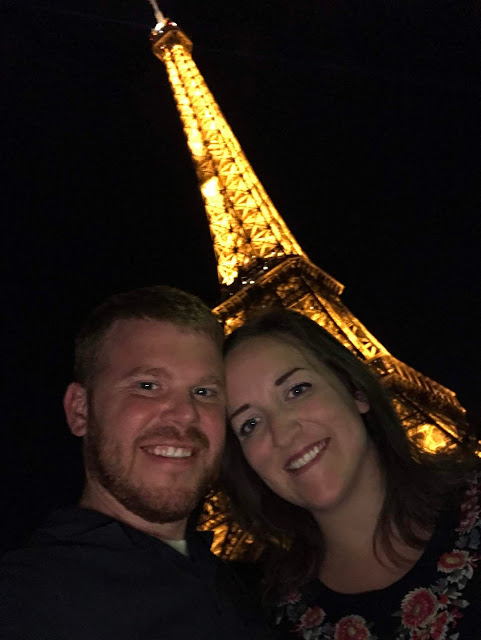