This is soooo OLd NEwS at this point...but I have to post it just for journaling sake:

Scott & I spent Labor Day weekend at the Grand Tetons in Wyoming. We stayed at an awesome house [here's info & pictures about the house] in Teton Village from Friday night to Monday morning.
The drive there about killed us--agonizingly small roads with ZERO passing lanes, steady traffic (seemed like everybody was going where we were), we got pulled over but let off with a warning thanks to Luke, Luke didn't fall asleep until nearly 11pm in the car. We finally got there and it was such a relief.

Saturday we were able to sleep in and then had a wonderful breakfast that my MIL made for everyone as we discussed what we wanted to do. We had to things planned for the day--Alpine Slide and taking the tram/gondola up the mountain to the top to see the entire valley & the Tetons.

I only have pictures from the Alpine Slide--I have fake pictures from everything else:
Luke LOVED everything about it. He loved riding the ski lift up the mountain and he LOVED coming down on the slide. He couldn't get enough of it. 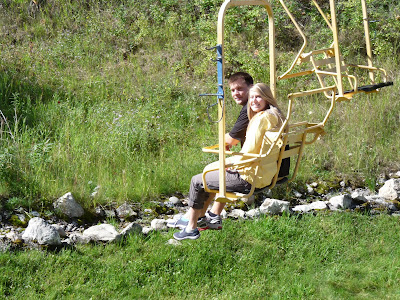 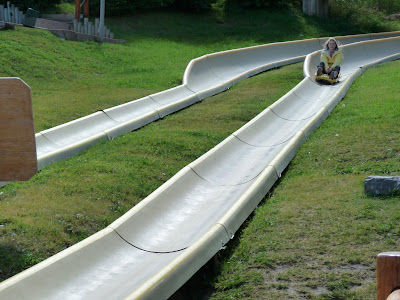 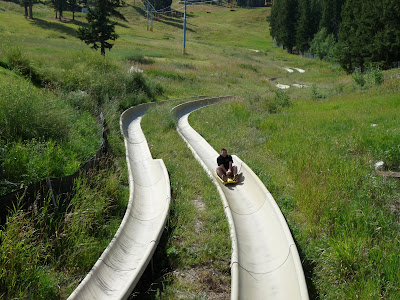 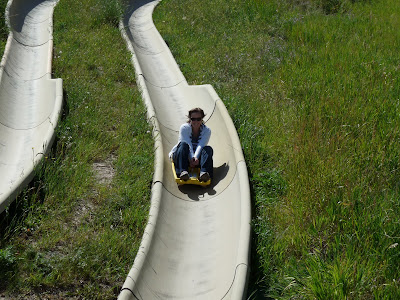 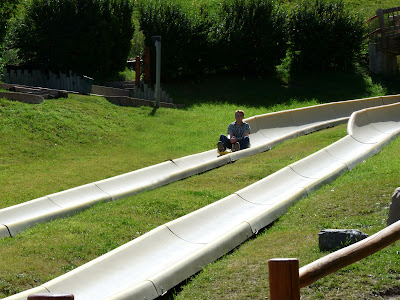 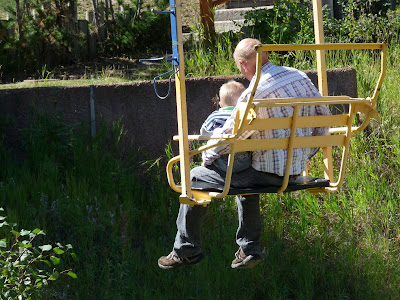 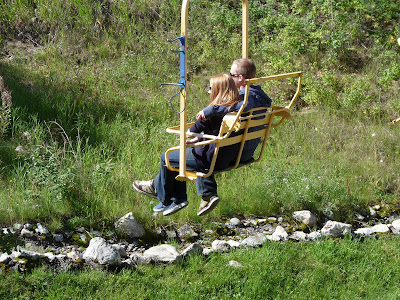 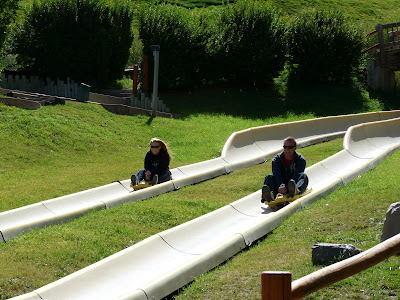 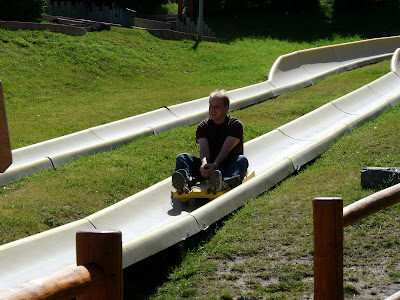 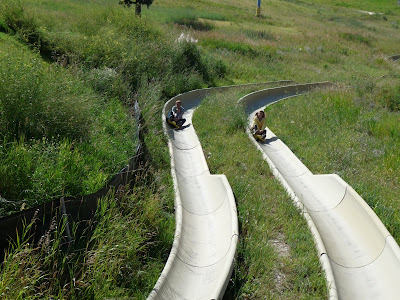 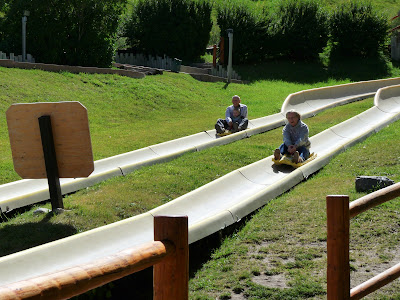 This is what the tram looked like, once at the top the winds were 30-50mph!! It was SOOOO windy! There were little gravelly rocks that kept hitting my legs and getting in my contacts!
We hiked down a trail and back to get some more views and we took cover from the wind in a little shop at the top while we waited for the tram to go back down. It was really cool and I don't think I've ever in my life been that high up before. 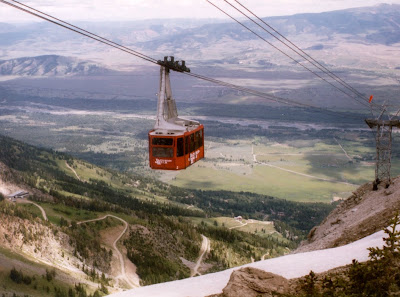 Sunday we spent the entire day in the National Park. We were expecting to see more wildlife, but we only saw a moose--though that was pretty cool in and of itself. It was just laying by the side of a river and really didn't care that hundreds of people were ogling at it all afternoon. 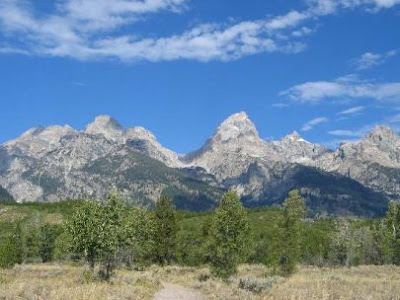 I decided that the Tetons are really really cool mountains. They are so tall and I love how they just jut out toward the sky. They were really pretty while we were there too.

We had some tire trouble on Sunday--the car was parked in the driveway and we woke up and found that we had a flat. Turns out 2 of our other tires really needed to be replaced too. We had to use the spare to get us to Idaho Falls to a Walmart on Monday. They were one of the few places open on Labor day to fix tires. So we had a couple hour detour there, but we were able to have lunch at Olive Garden with Scott's parents, Ali & Anthony and Scott's cousin & his wife, while we waited for our tires to get fixed. Then we headed home without another hitch.

All in All, despite our traveling woes,
The house was perfect, the weather was perfect, and it was a great weekend.
at 1:58 PM