As you've probably noticed, I took a blogging break.
But I couldn't pass up the opportunity to BRAG a little ;)
I've been published!!

A few months back, New Parent Magazine asked readers for their "best Mom tips" for the Spring/Summer edition of the magazine. Also, "The mom who submits the most original tip will be notified by the editors of New Parent magazine, and mailed one Arm & Hammer™ Diaper Pail by Munchkin."

So I scribbled my answer and sent it in not thinking too much about it. And then I forgot all about it completely like any good mom would do.

Last Friday, I got an email from New Parent Magazine and they told me that my mom tip was the BEST one and I WON the contest!!

"Hi Kathleen,
Thank you for submitting your tip to Newparent.com. It was selected for publication and was our favorite tip! You've won the Arm&Hammer Diaper Pail by Munchkin. Congratulations! Would you please confirm this shipping address and we'll have the Diaper Pail sent to you..." 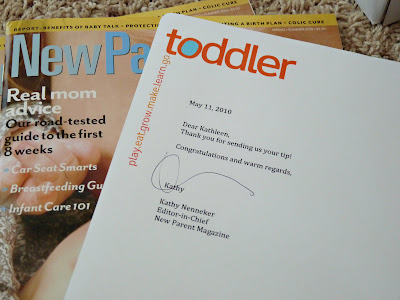 I couldn't even remember what I wrote down! I seriously had to wait until they sent me an issue of the magazine so I could read what I wrote! 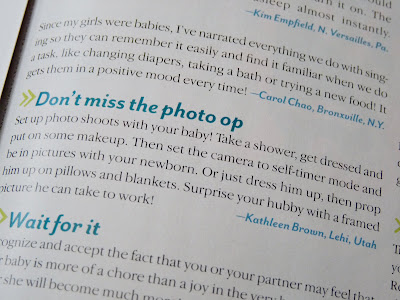 SO my tip was published amidst others in their Spring/Summer issue of the Magazine, and a few days later I got the diaper genie--which is awesome. 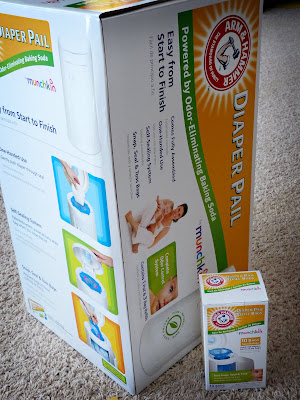 I already have a diaper genie, but this one is way better. It has a tight seal contraption on the lid, a door in front, and a cup that dispenses baking soda into the container every time you close the lid to reduce the smelly diapers inside.

They sent me a total of 3 copies of the issue.
They put a bookmark in the magazine on the page where I am in there. 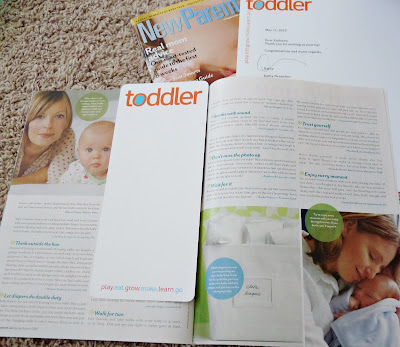 It's awesome just getting put in a magazine--that's never happened to me before. And it's doubly awesome to get a prize out of the deal.

IN ADDITION to all that, I get to cross off something on my life list too--"Get Published" check!

Email ThisBlogThis!Share to TwitterShare to FacebookShare to Pinterest
Catagories of Interest: About Me