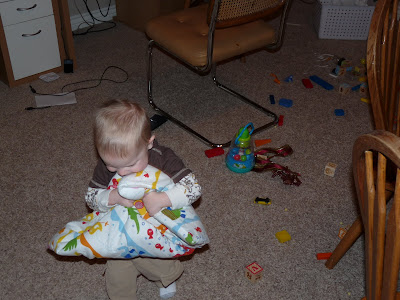 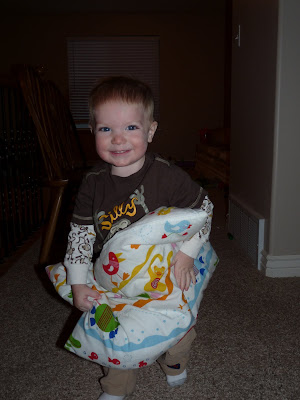 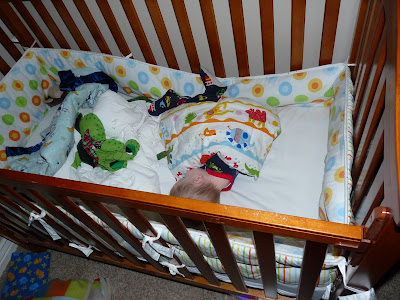 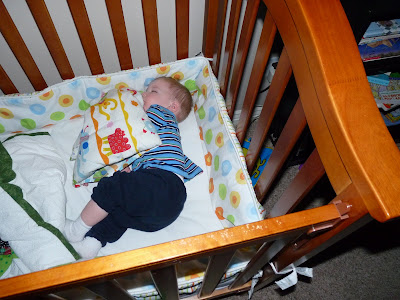 It took a long time for it to happen--I guess I was expecting it a lot earlier.

Luke has developed an attachment to his pillow.

He has a little stuffed monkey that he loves just as much, but he'll swap that out for other stuffed animals if it's not around.

He will NOT swap out his pillow for a different one.

It's a child pillow from IKEA so it's really small and flat. He LOVES it. He wants to carry it everywhere after his nap. He often tries to hold it, AND the monkey, AND a sippy cup, all at the same time. I better go buy a bunch more so we don't have a tragedy if, heaven forbid, something happens to his pillow lovey!! 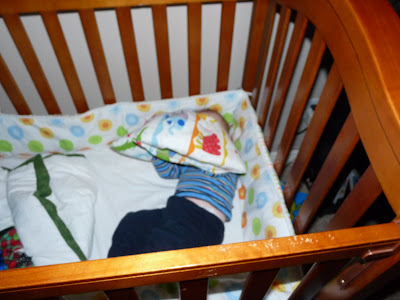