We took the opportunity to go skiing and snowboarding with Kevin and Darcy (Scott's sister who lives in UT) while Scott's dad, who also came out, watched Luke and Alexander. We went skiing up at The Canyons in Park City and then drove straight from there to Altonah to stay with Scott's grandparents for a night and go snowmobiling the next day! Quite the 2 days.

I've never gone skiing, so I did snowboarding--which totally wore me out. I did really well on the green runs, but after a blue one I was completely done for the day. I'm thinking I should try skiing just because it doesn't expend as much energy as snowboarding. OR I just need to do a million lunges before the next time I go snowboarding so I don't get worn out so fast.

Getting ready to leave--Luke & Alexander trying out the snowboard 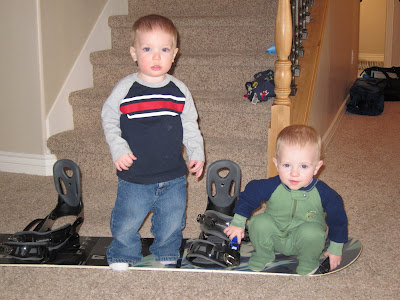 Snowmobiling was great too. Scott took me up there to go snowmobiling for our second date way back in 2006 and we haven't gone since. This time I had my own to drive and i had a good time with it. I only wiped out twice. The first time I almost hit a fence and bruised up my leg pretty good (oops), but the second time I basically just fell off into a bunch of snowy powder.
Scott, Katie & Luke (and Max) 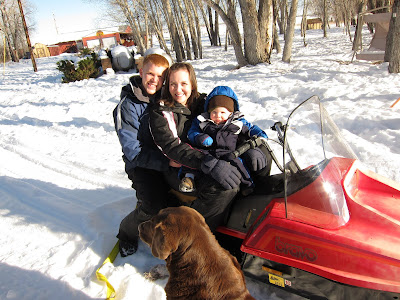 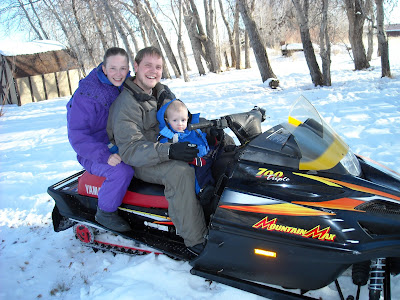 Scott and I tried some 'stunts' --he tried to snowboard behind me as i pulled him with the snowmobile. 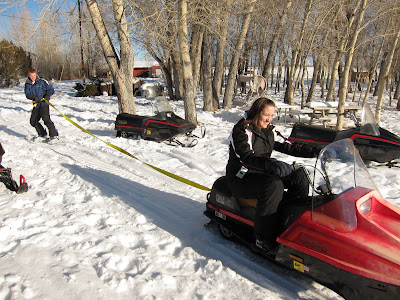 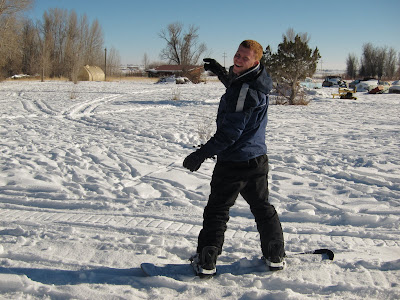 Overall it was an awesome 2 days and great to spend with Kevin & Amy (they stayed up at the Grandparent's for the rest of the week and then came back to our place the following weekend before going home) but man, I was SO SORE.

We also got some great pictures of the boys in the snow. And some with the mommies who never really make it into pictures
making a funny face as grandpa tries to take his picture 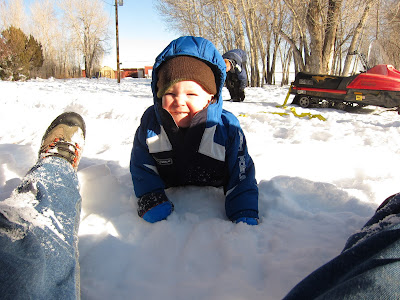 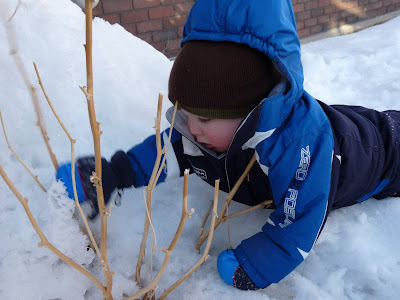 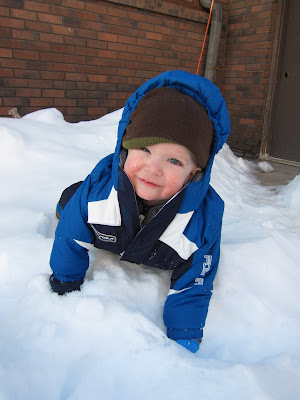 crawling to Alexander--
Luke: "Hey come play with me!"
Alexander: "Dude, I'm trying to get my picture with my mom" 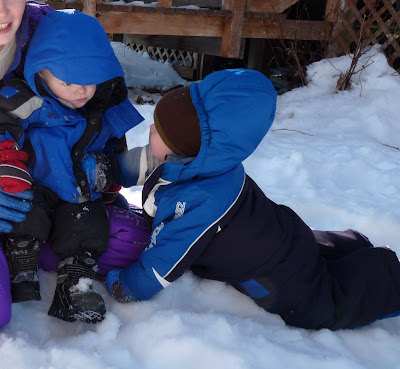 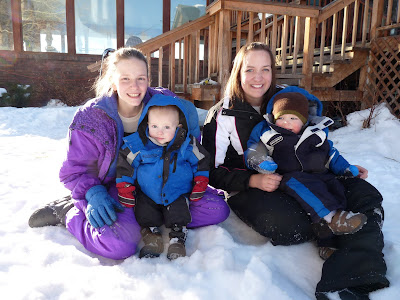 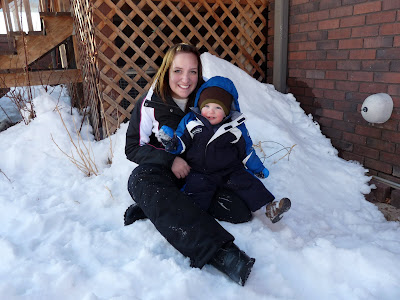 I love how fat Luke looks in all his snow gear--
usually he has a tiny body and a big head, but here it's the other way around! 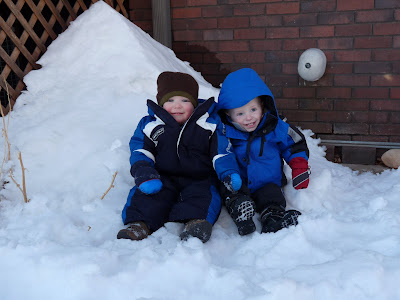 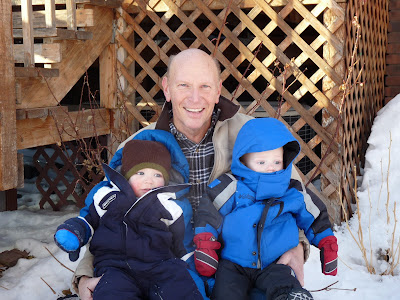