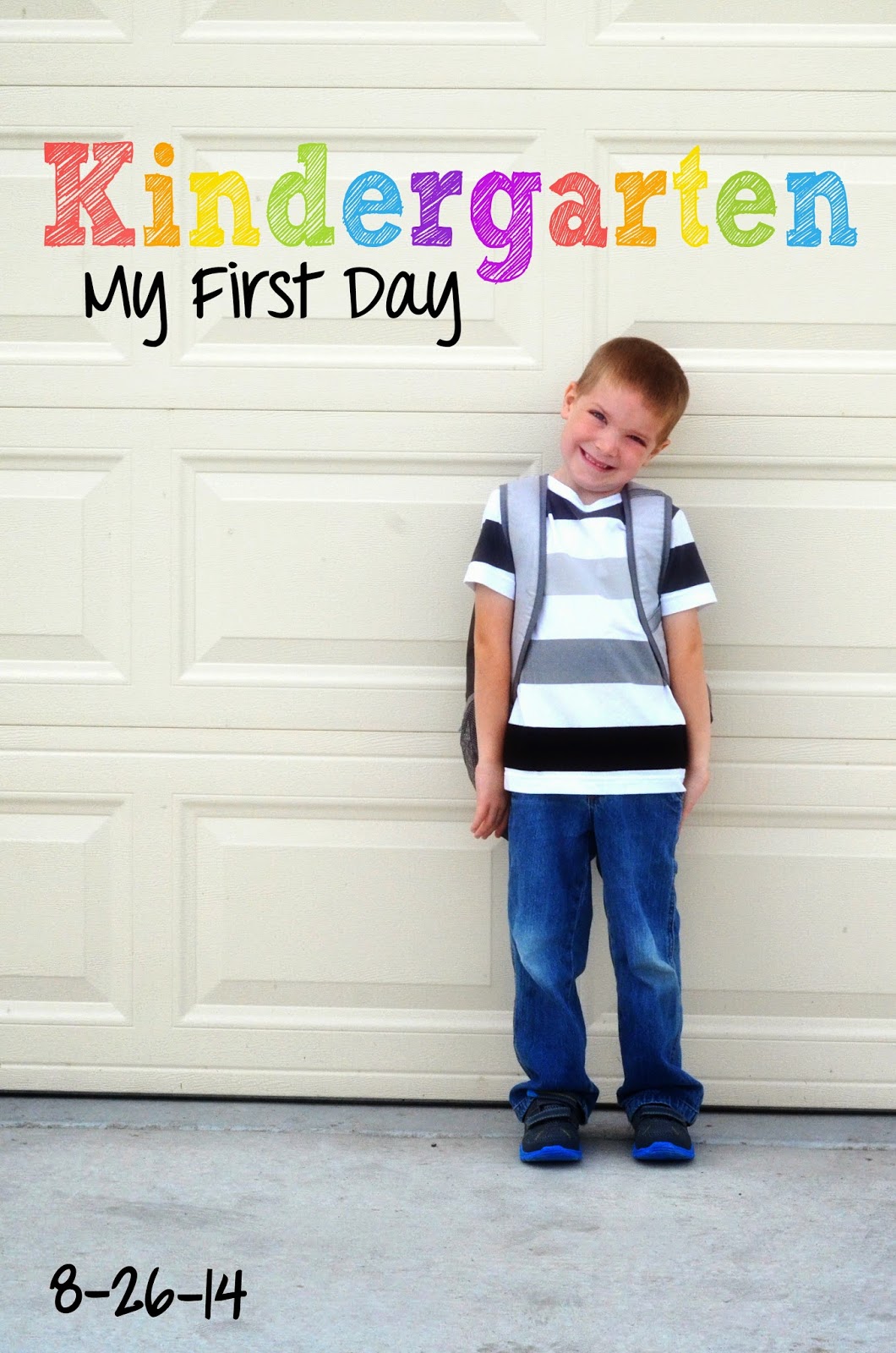 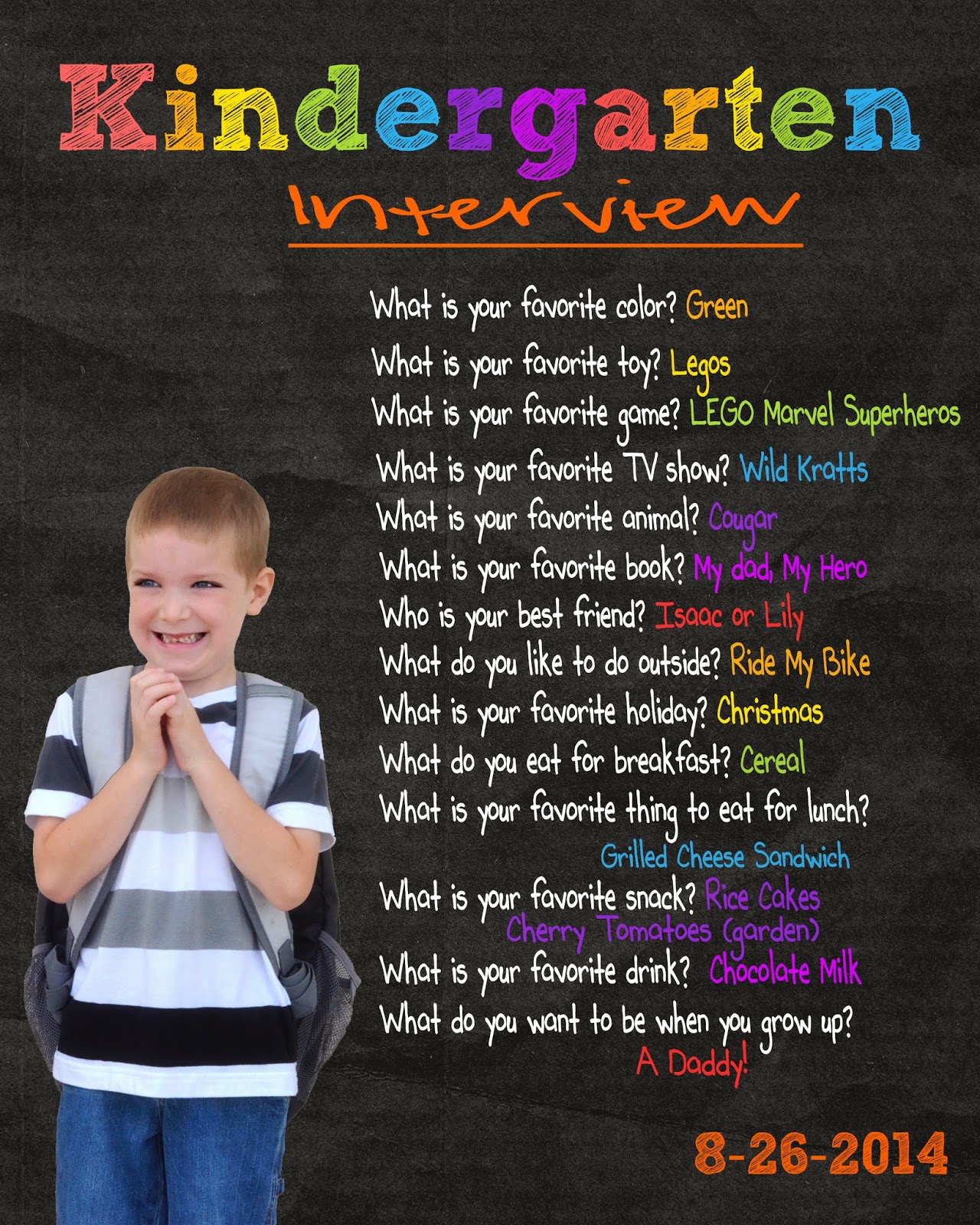 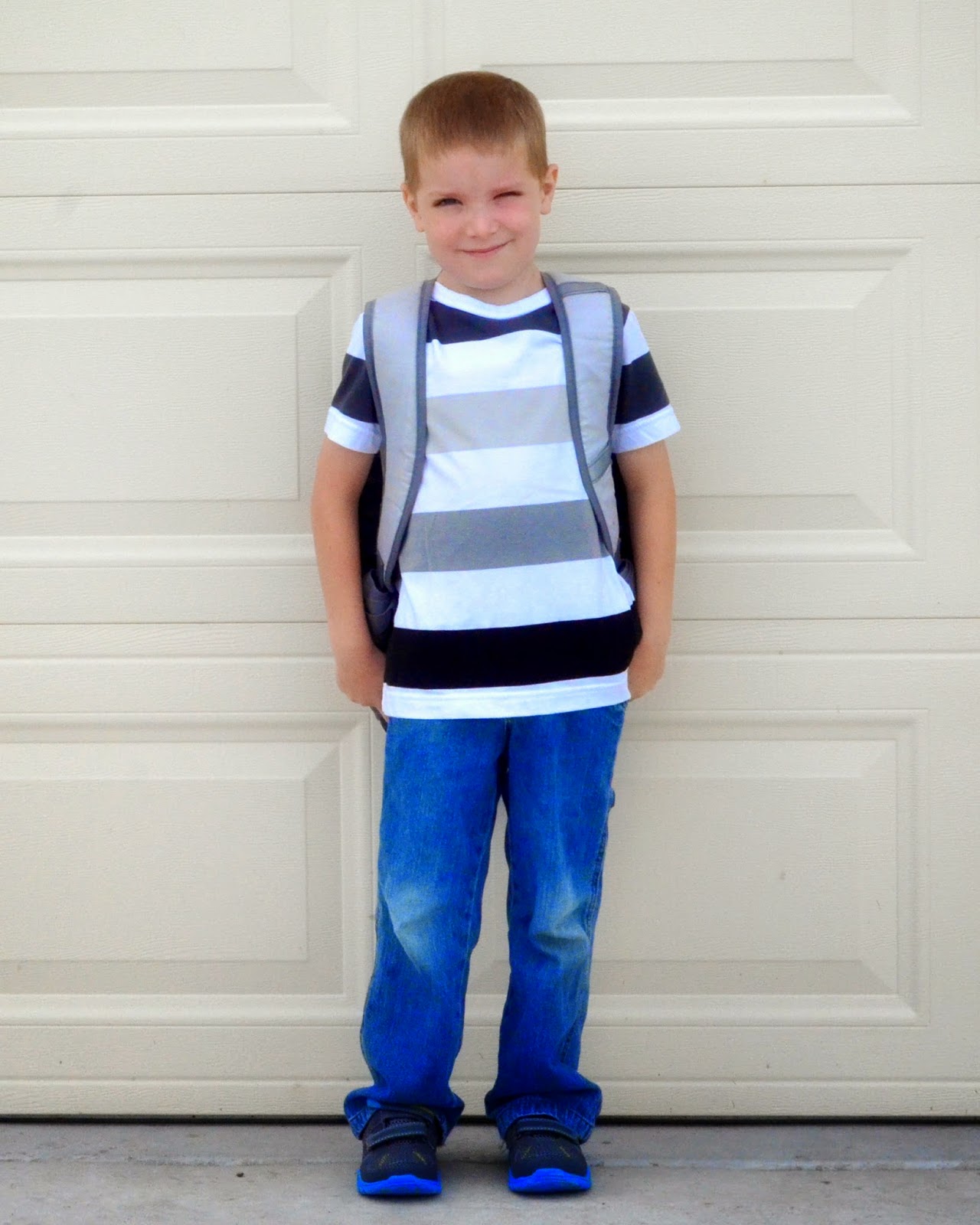 Sam really wanted to be just like Luke and it's a good thing I foresaw that and got him a little shark backpack that I found for $4!
He wore it the whole way walking up to the school and held hands with Luke as we walked up to the school.  When it was time to leave, he was more mad at me that I wouldn't let him play on the Kindergarten playground than he was mad at the fact he couldn't go to school with Luke! 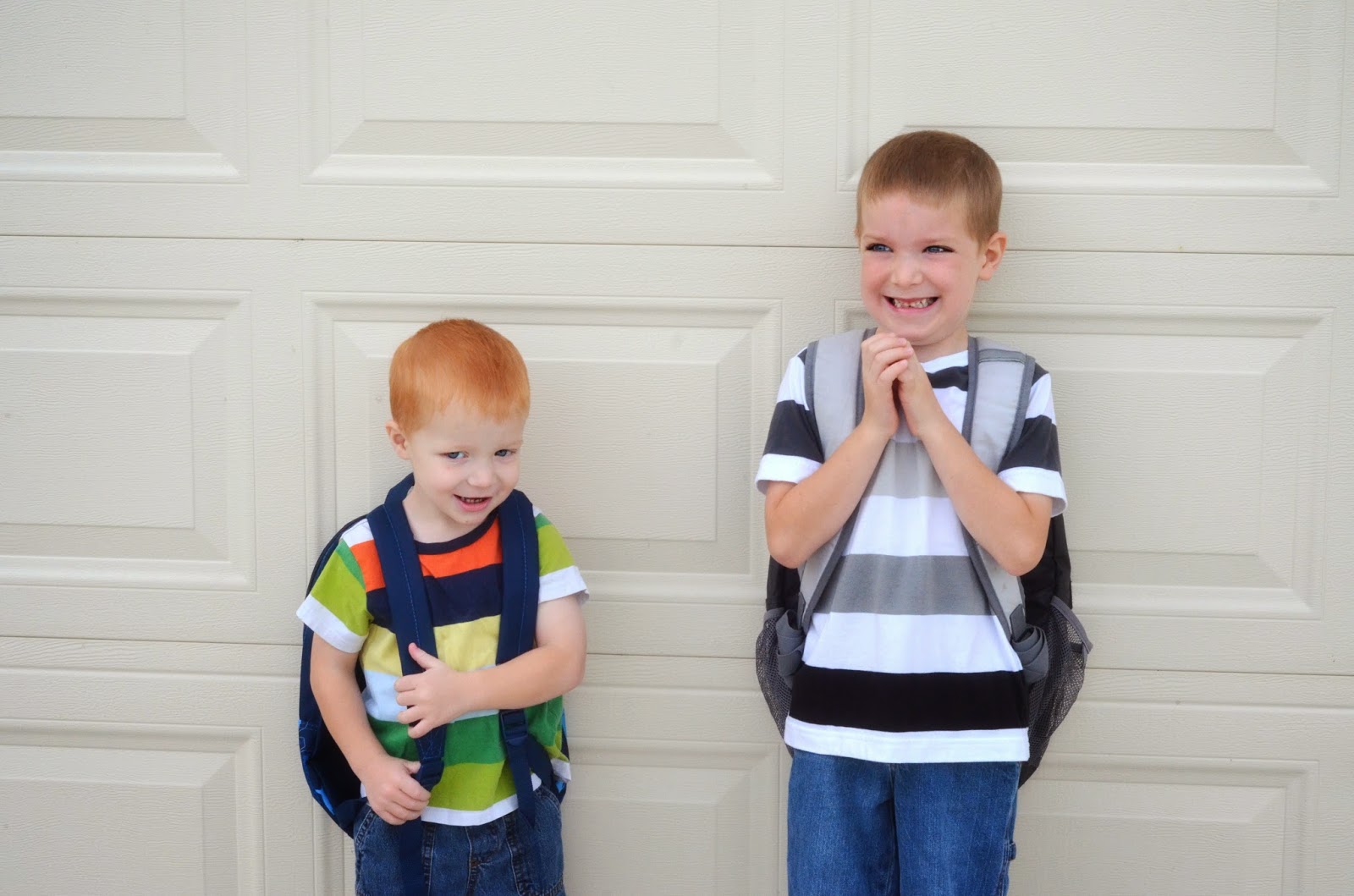 Luke told me as much as he could remember about his first day--Learning the Letter A and practice writing it, his cubby where his pencil box goes, waiting in line to climb something on the playground and not having time because they got called inside.  Eating a personal bag of goldfish for snack...

I think he pretty much rocked it.