So after Luke was invited to like his sixth birthday party of the summer…I found myself standing in the toy isle at the store yet again.

“Junk.” I thought to myself.  “This is all junk. Expensive junk, cheap junk, just junk!” *ugh*

Knowing how much Luke loved his superhero capes that my mom made him, I decided that I would try making one—it wouldn’t be too hard, and it would a valued gift {not junk} that’s less than $5.

It’s actually fairly easy to put a cape like this together! I don’t really have time to do elaborate tutorials these days, so I hope this one is sufficient!

I put this one together in an afternoon!  The only thing that took for-ev-er was the tight zig-zag stitch around the pointy circle part!  I wouldn’t do it that way again if I make another one! 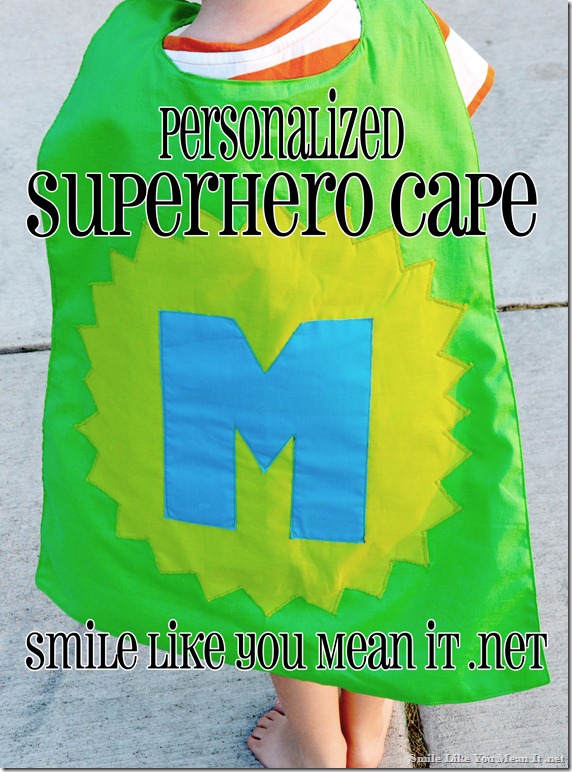 FIRST:  cut out all your pieces.  I cheated and used a cape my mom had to make sure it was about the right length and width.  I used about a yard of fabric for the green cape part.  I folded it in half and then cut out the neck part and the sides and bottom curve.  I tested it on my four-year old to make sure the neck would work.

For the letter and the spikey circle fabric behind it, I ironed on fusible interfacing before cutting them into their final shapes.  I used a print out of an “M” from the computer to use as a template for my letter. 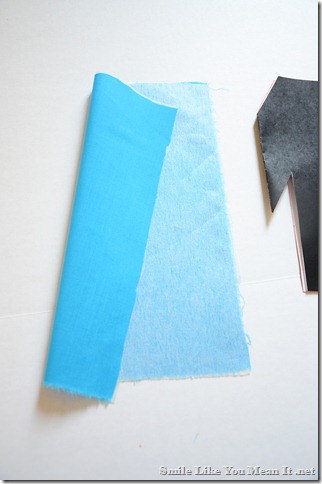 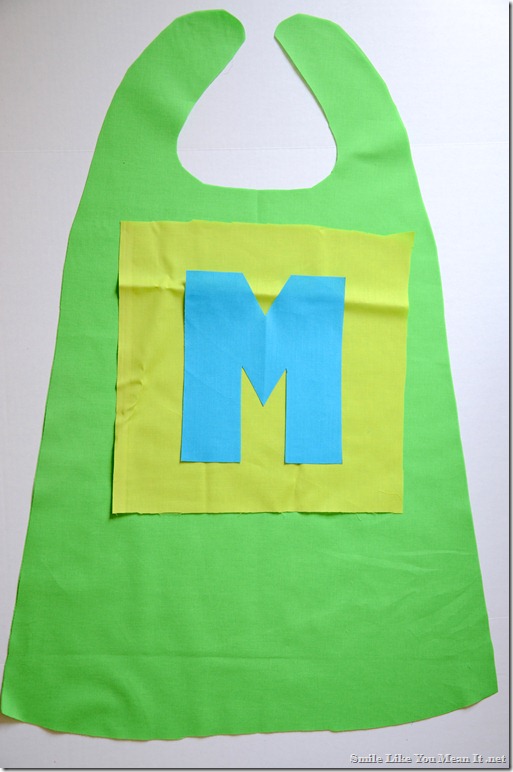 To cut the circle behind the letter (iron on fusible interfacing first) I just folded it in half, then again, then again.  I cut a curve for the circle and then opened it all back up to make sure it was even.  At this point you can be done or you can refold it and cut spikes.  Less spikes is easier to sew—keep that in mind.  I still had to many on this one. 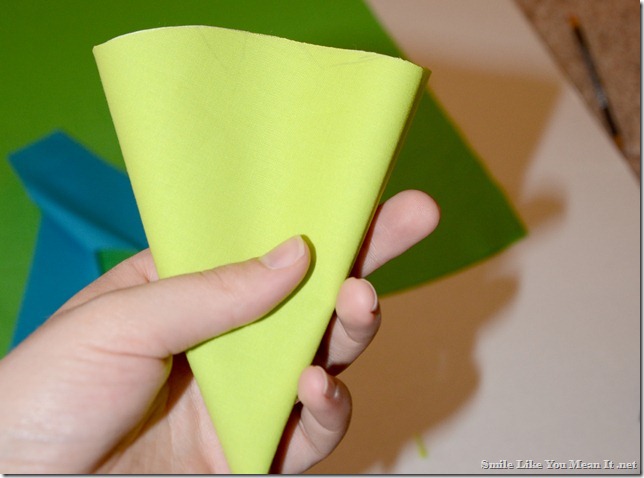 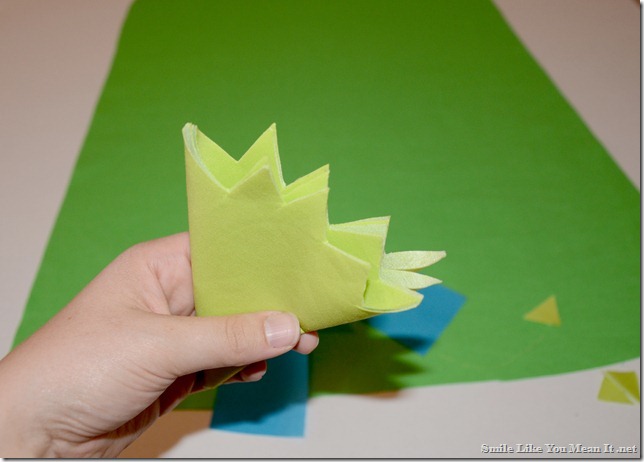 This is where my pictures stopped because I was just trying to get it done!

Sew Velcro pieces onto the neck closure.  I used my four year old to try it on and get it in the right spots. 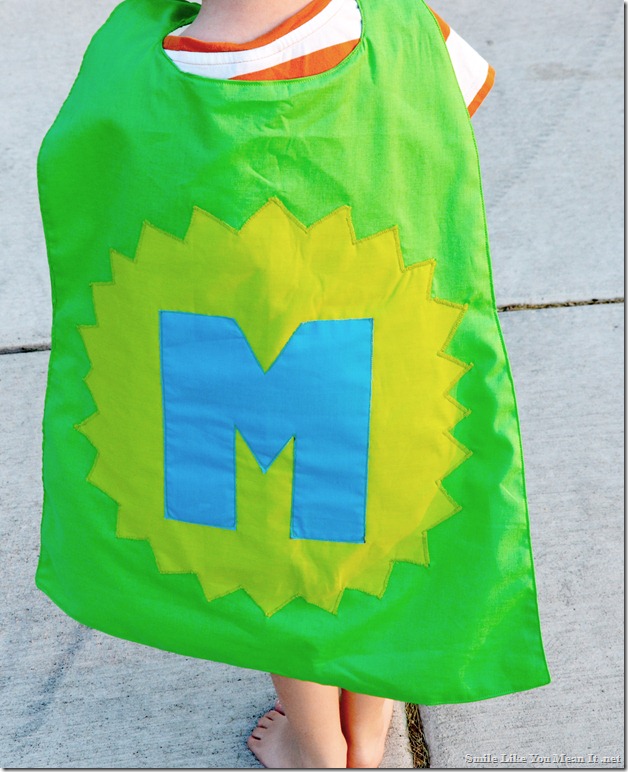 Have your model run around with it on so you can take pictures ;) 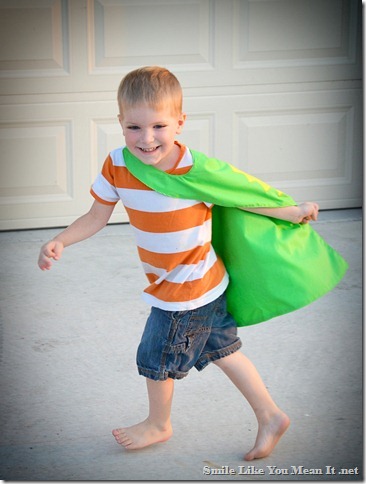 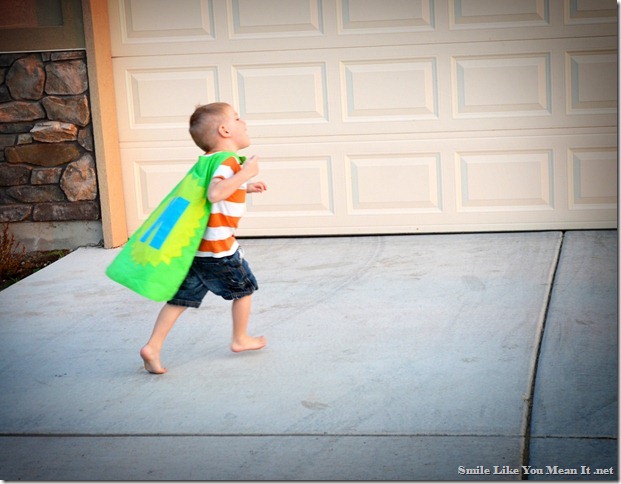 I really want to make a girly version! I better have a girl next! I am dying to make girly things!

Email ThisBlogThis!Share to TwitterShare to FacebookShare to Pinterest
Catagories of Interest: Stuff I've Made, Things To Make, Tutorials