I know Christmas is SOOOO over...but I forgot I had these picture on my camera!! And it's always good to document these kinds of things for later.

We had a Christmas Eve dinner with my sister, Jen, & her family (Greg, Charlie(7), Jack (5) & Isaac(2)), (and their little dog, Tina, whom i invited to join us for the evening and so glad i did), and also our younger brother, Steve. It was a perfect evening. I also liked that we celebrated together Christmas Eve and then could just have Chrismtas morning to ourselves (mostly, Steve spent the night--but it was more fun with him there anyway)

I set the table simple, but cute: 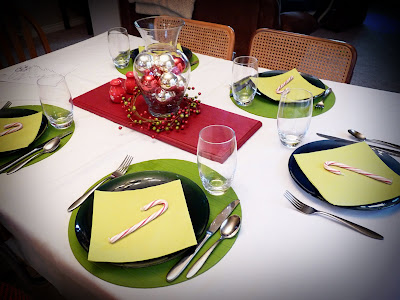 These were my nephew's place settings: 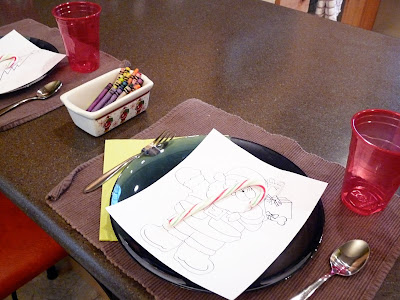 And then Christmas Morning, Luke woke up at 6:59am so I got him up and put on his Christmas shirt that I made for him. I turned on Cartoons & got him breakfast, but Scott joined us pretty soon after that, so we went ahead and started opening presents!! 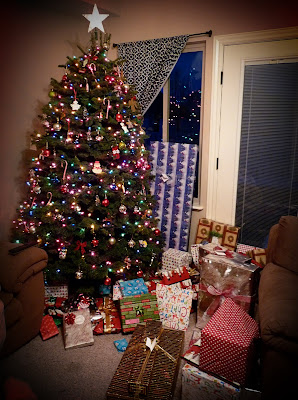 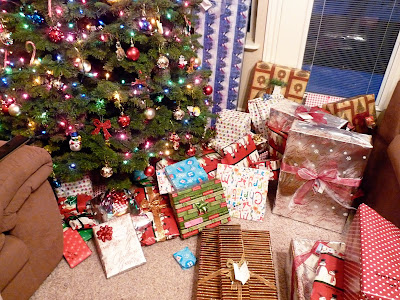 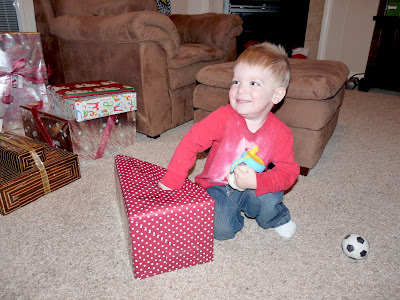 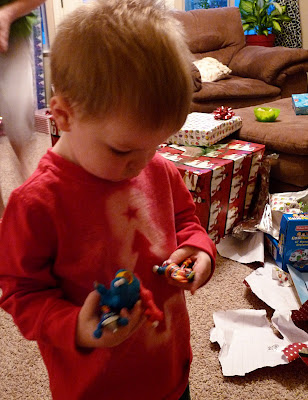 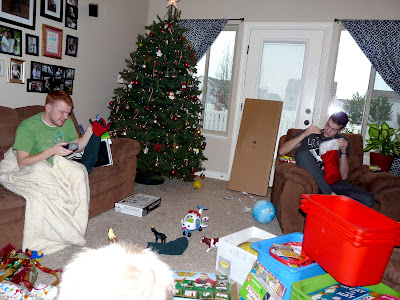 I loved watching Scott & Luke open their presents! My little brother, Steve was there too. Scott & I decided to do a stocking for him since we didn't have any gifts for him to open--but we ended up buying too much to fit in his stocking, so i just wrapped the excess games & stuff that wouldn't fit! He was so surprised it was perfect! My mom also left a present for him under the bed so I guess he did have one real gift.

What I got Scott:
Luke loved his gifts as expected. I was very careful to only get him things I knew he would love because I hate the idea of just giving kids a bunch of junky toys that break or they will lose interest with a week after christmas. 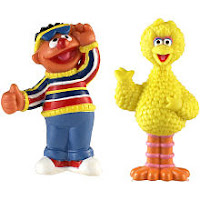 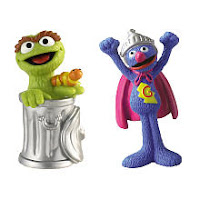 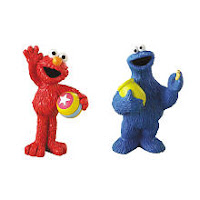 I think that is it for Luke. Man. he didn't bug me all day because he just kept going from toy to toy! it was awesome!! AND we've been struggling with naps and he was so tired from playing he slept for 3 hours.

I got cute lamps from Ikea, dressy boots, a purse, new PJ pants, gift cards to Smoothie King & the movie theater, a swiffer wet jet (i wanted one), 3 books--Parenting with Love & Logic, Everyday Food Storage, and I Love You Rituals--all of which I really wanted, Scott also got me a really pretty watch, and a metal stamp set (similar to this one) which I wasn't expecting to get! And Scrabble Slam (a game), Scott & I both got a really big & pretty afghan that his mom made us, and a really pretty picture of the Mt Timpanogos Temple. 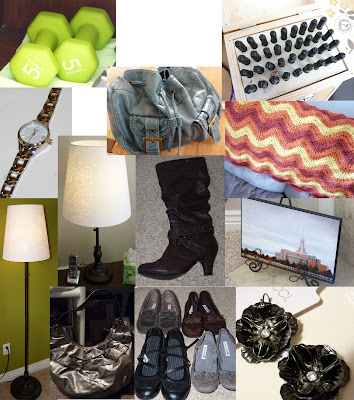 I think that's it. Anyway, this was just for documenting purposes--but I know it's fun to see what other people got for Christmas so there ya go.
at 11:26 AM