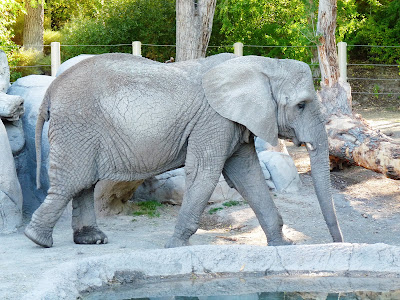 We have been wanting to take Luke to the zoo all summer, but we were waiting for it to slow down and cool off. It was a perfect weekend to go so we went!

We got there about 9:30 (a half hour after opening) and it wasn't too crowded and it was nice and cool outside.

Luke's favorite was the Elephants of course. before dinosaurs elephants were his favorite--he still loves them. 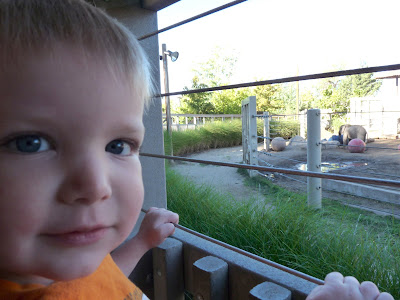 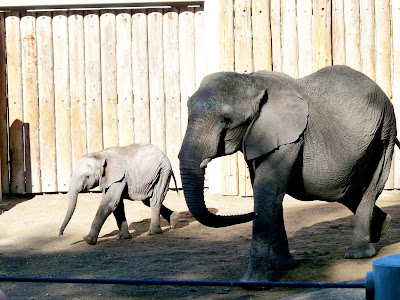 We headed there first and they were eating breakfast 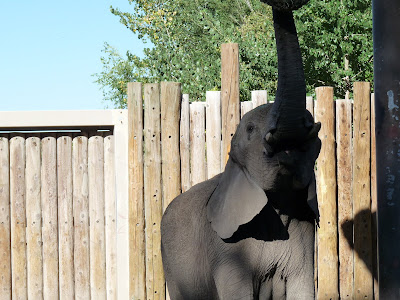 The rhinos lived near the elephants 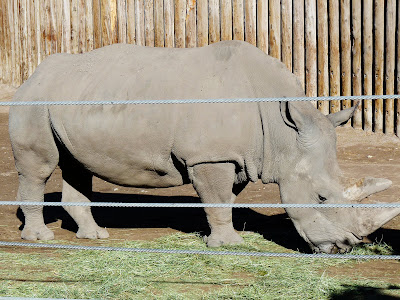 All the monkeys were eating breakfast too. It was fun to watch them crawl around and shove food in their mouths. These were the black howler monkeys and one of them was showing off--howling and swinging around the bars. 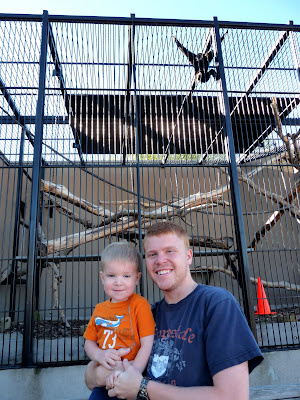 I don't think the sound recorded in this video--it's a shame too because he sure was howling!


We liked watching the big gorilla- he was eating something and it was fun to watch. 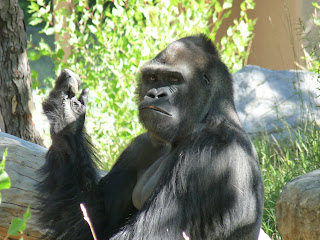 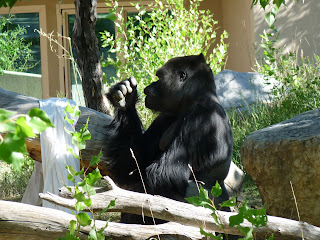 This chimp was obviously the child of the bunch. He was playing with these pipes trying to put them together and then he started playing peek-a-boo with this sheet. 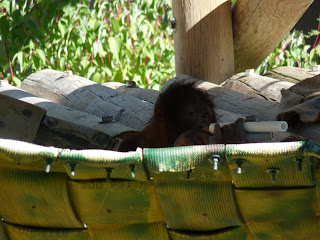 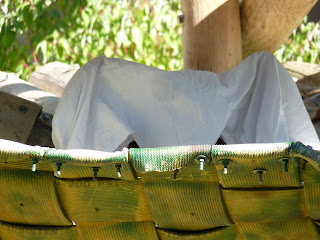 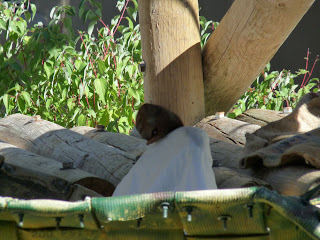 The Giraffes are always fun to see 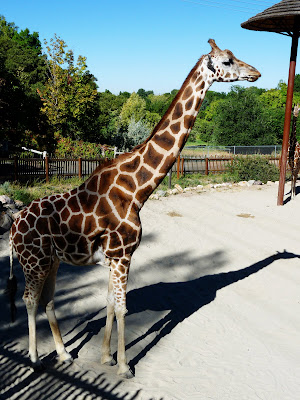 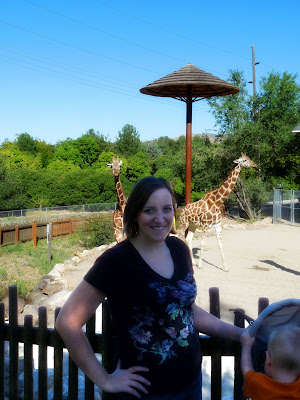