--For the Grandparents Mostly--

Luke really had no idea what Easter was. We didn't do any fun Egg hunts or the like because of the blasted snow. But I did put together some Easter baskets. (the stuff in my own basket was all from my mom, thanks mom!) The eggs were filled with chocolate teddy grahams and fruit snacks. Luke was more than happy to devour them all once he figured out how to open them.

I put him up on the table so he couldn't run away. He took each egg out--shook it--and held it in his arms while he picked up the next egg--shook it--and so on until he had all of his eggs in his arms! Our video camera was dead, unfortunately, so here's the still action shots ;) 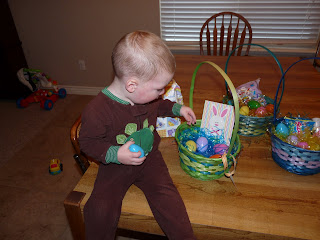 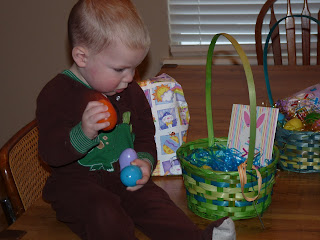 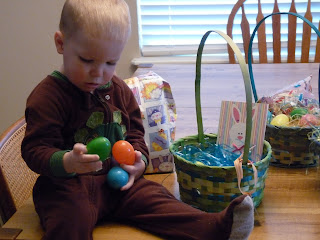 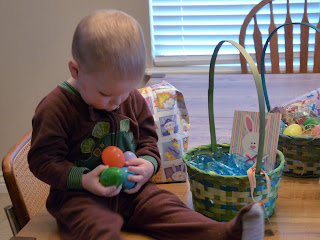 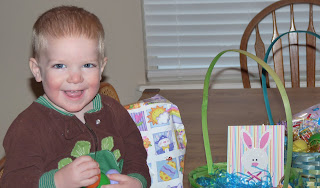 My mom sent him a present, he didn't really feel like opening it so I tore it open little by little 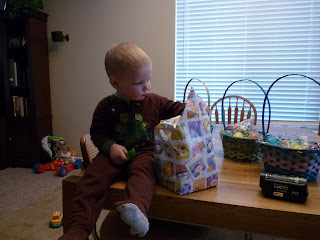 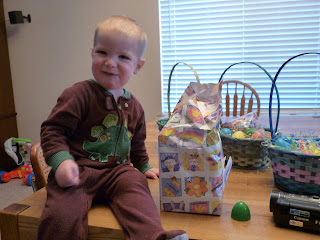 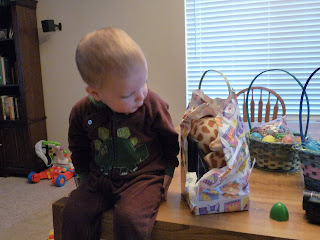 After this shot i opened it all the way and turned it around for him to see--he nearly fell off the table because it scared him! I guess he wasn't expecting a giraffe?? It was quite funny. He loves it now, though--thanks Grandma!


These pictures might as well have been taken in December or January--but alas, this was Easter morning. The snow all melted by the afternoon, but it's still frigid cold here. But this is it I am packing up the snow gear and the blasted snow better go away!! 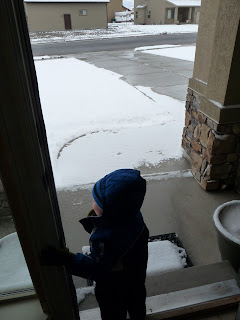 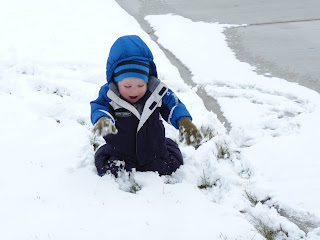 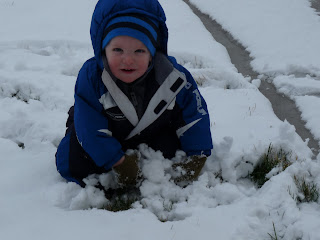 I made a really good dinner and we invited Scott's siblings over--Darcy & Derek--to join us after the last session of General Conference. It turned out to be a pretty good Easter.
at 6:43 PM