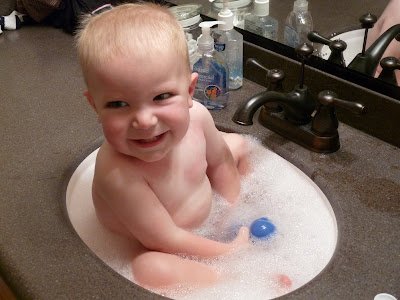 So last week sometime Luke decided to be terrified of the bathtub. He tried to run away and go down the stairs and then screamed and screamed during his whole bath...for 3 days. I don't know what happened to make him suddenly start freaking out about the tub, but he did. So I decided to try bathing him in the sink instead. It took a lot of coaxing and bubbles to get him to not cry, but he was ok with it for a few nights. Tonight we tried the real tub again and it, again, took a lot of bubbles and coaxing and he still tried to keep his legs from going in the water, but we got him to be ok with it and he sat and played with his bath toys. I guess it was just some wierd phase and hopefully it will end soon?! He used to be so giddy and happy when I undressed him and brought the towel to him to carry him off to the tub...it's so sad to see him start to whimper when I do the same thing now :(

He did look pretty cute in the sink. 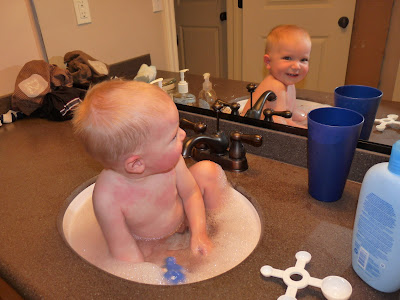 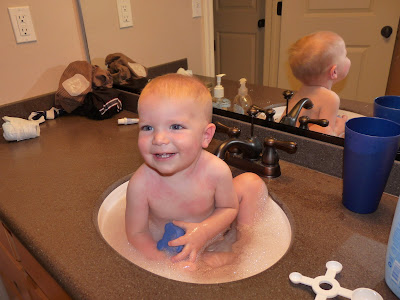