I took Luke to the Dentist! 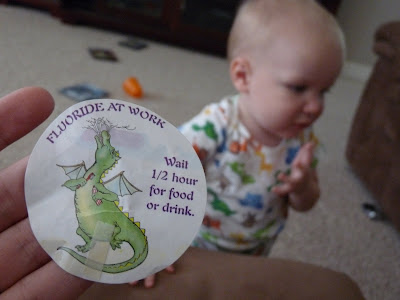 "In order to prevent dental problems, your child should see a pediatric dentist when the first tooth appears, or no later than his/her first birthday." (American Academy of Pediatric Dentistry)

At the dentist we did end up just waiting a lot, but they had lots of toys there since it was a special pediatric dentist office. Luke didn't mind too much either. He fussed a bit when he opened his mouth, but overall it was quick and painless. And he got a little ducky, a new toothbrush and a few other little things.

Email ThisBlogThis!Share to TwitterShare to FacebookShare to Pinterest
Catagories of Interest: Fitness