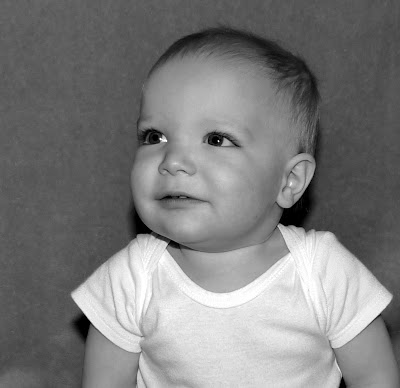 Luke baby is inching back upward in weight! Luke weighs 18 lbs 2 oz which is 1.8%tile WOOHOO.
His weight chart--a list of all his weigh-ins and %tiles 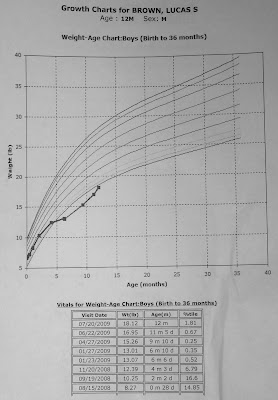 His percentiles have been below 1% since around December--with his lowest at 9 months he was only .25%tile weighing in at just 15lbs. But he's put on some weight in the last 2 months and is rounding out some. Unfortunately he is 2 lbs short of being able to turn his carseat around. But he actually doesn't mind his carseat much--only when the sun gets in his eyes. At this appointment he had to get 3 shots which he did NOT like. He's got really strong leg muscles and he tightened them up so much during the shots that by the end of the day he didn't even want to stand up because his legs were sore where the shots were :(

Sidenote: He recently finds it funny to make us try and drink from his sippy cup. I guess he realized we are always pushing him to drink it and he thinks he can do the same thing. It's cute, except there's no way I want a drink of formula milk--bleh.
at 9:21 PM