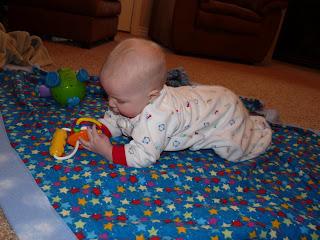 Now that Luke has mastered rolling...he's getting better at getting up on his knees! He gets up on his knees and starts rocking back and forth--it's just a matter of time until he figures out how to move his arms with his legs and get want he wants!! So looks like he'll be an early crawler because he's going to figure it out really soon! I think it's just easier for him to move around and stuff because he is on the smaller side for his age. He definitely goes for what he wants and if you aren't looking he'll get there quicker than you could have thought.

HERE is a link to a video of it.
Blogger officially hates me uploading videos.
(that's my grandparents and parents talking about him in the background--they're impressed too!) 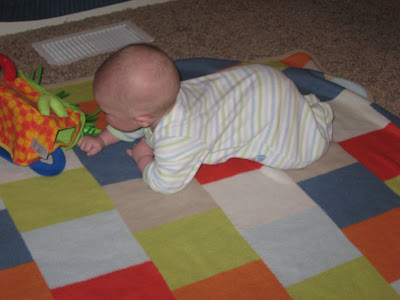 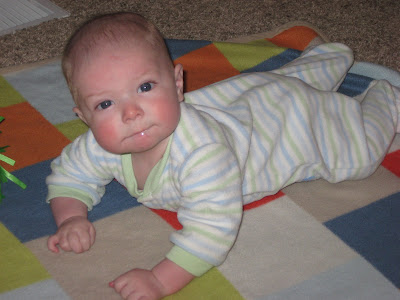 he definitely looks ready to crawl!
at 6:44 AM