Nothing is worse than having a sick kiddo.
Ruby woke up puking and had a moderate fever.  She pretty much just wanted mommy with her all day to hold her, catch her puke and be there for moral support. 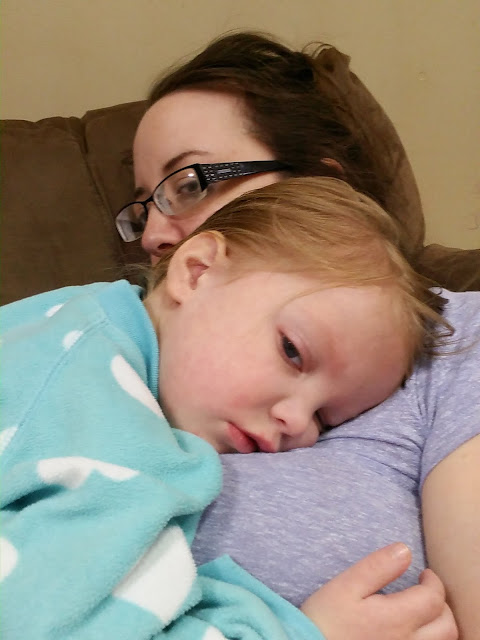 Since I was stuck on the couch with her I got lots of pictures.
She's wearing a lot of different PJs in these pics...but they are mostly the same 2 days.  Just lots of towels and wardrobe changes due to the puking...  Mommy is good at catching it, but not always. 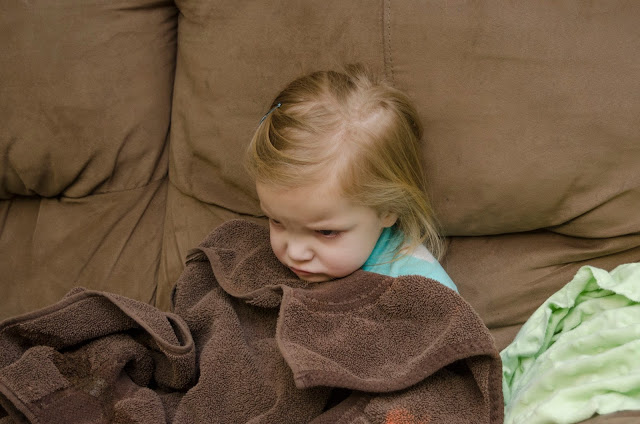 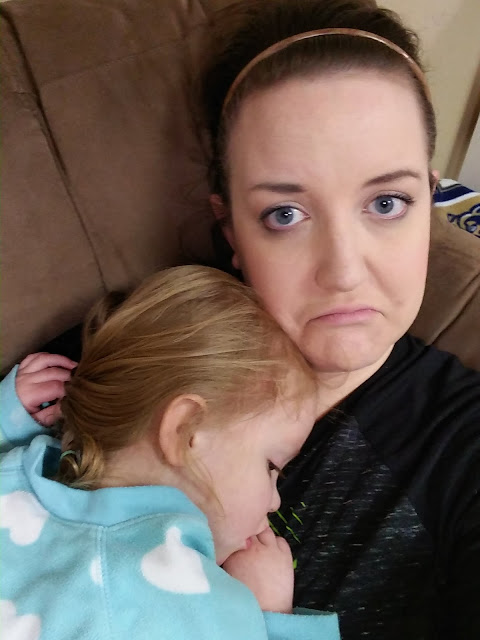 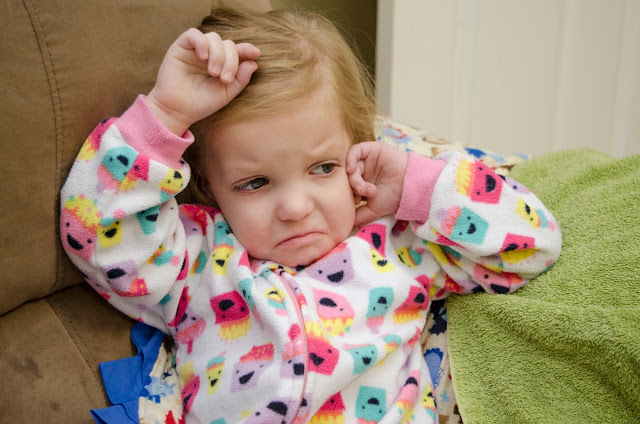 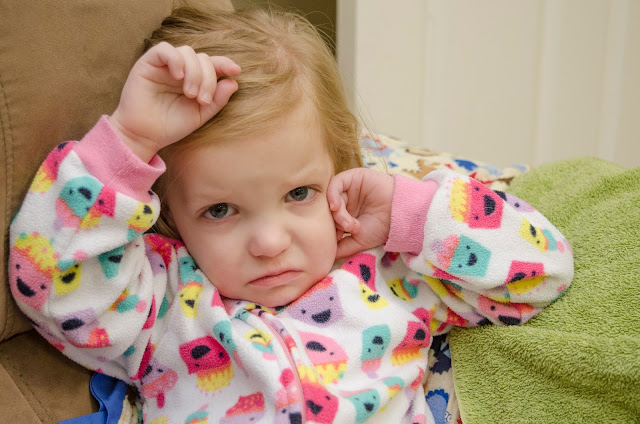 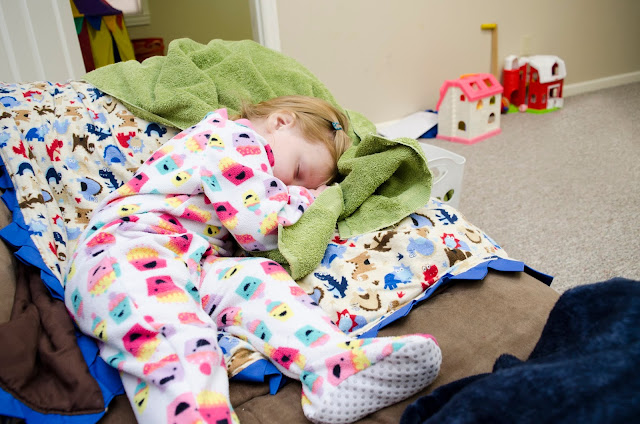 The kitties probably only liked cuddling with her because she was so warm!
Most of the time they try and say clear of Ruby because she's a little too loving. 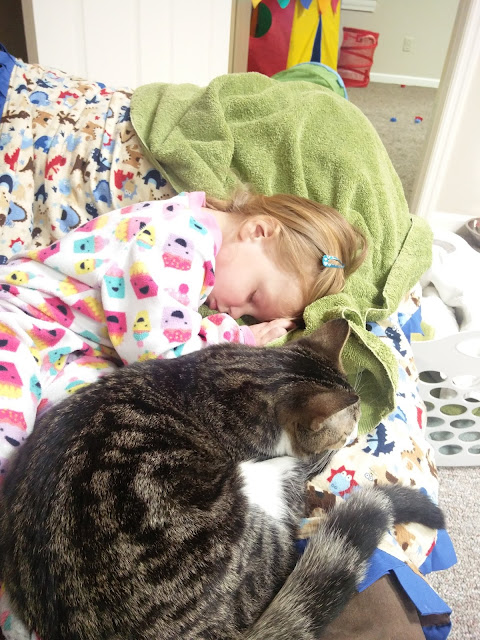 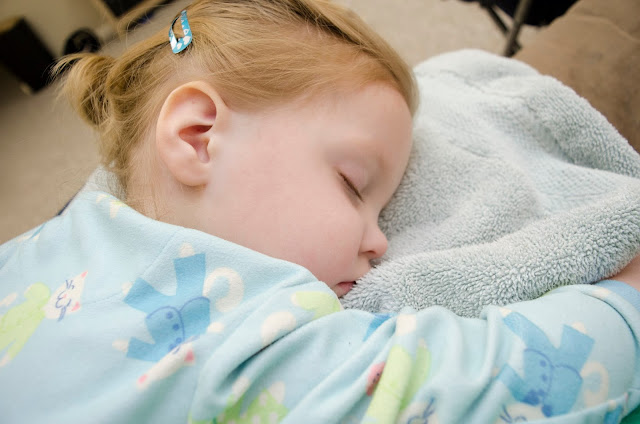 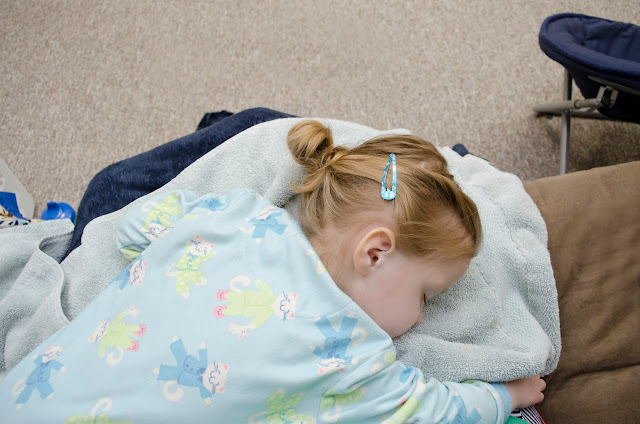 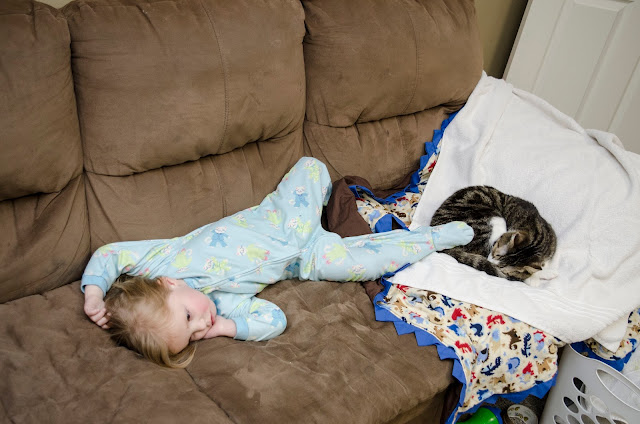 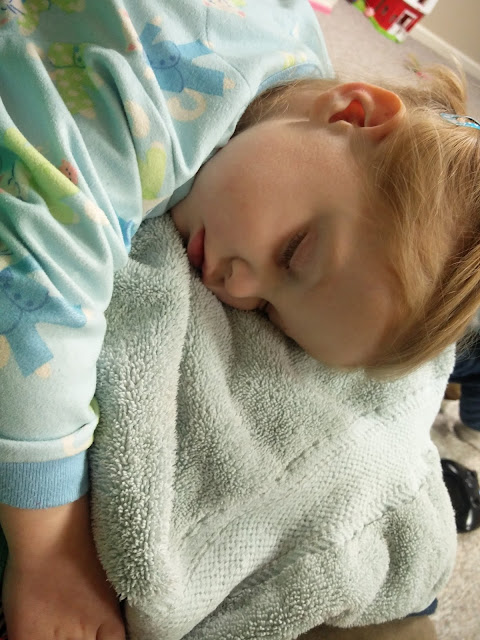 Day 2 she was feeling a little better and got up off the couch for a while. The puking was done but she was still warm and really tired most of the day.  There was a lot of Daniel Tiger and Word Party watching.  I was pretty much super bored for 2 days straight since I was stuck hanging out with her on the couch. 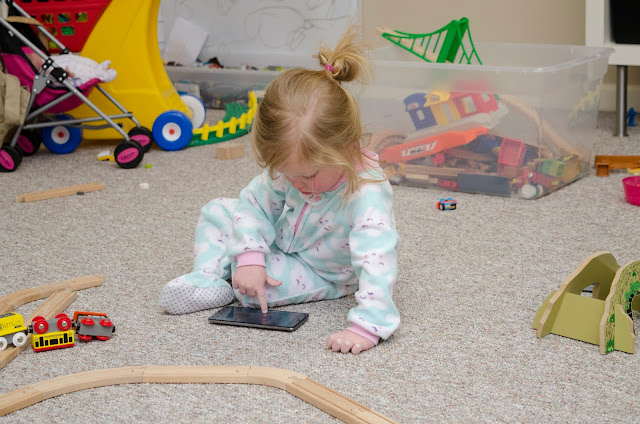 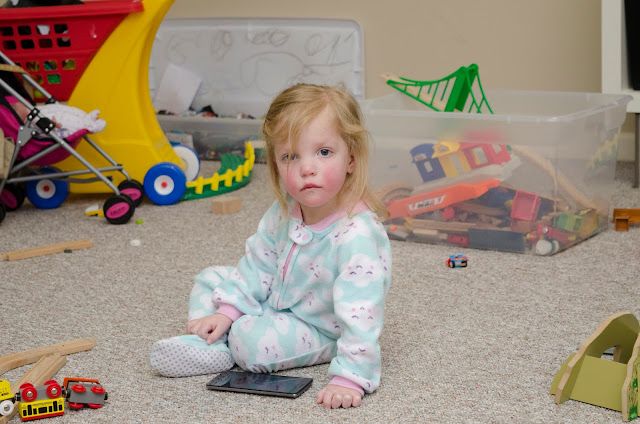 She even wanted to play with some toys for a while 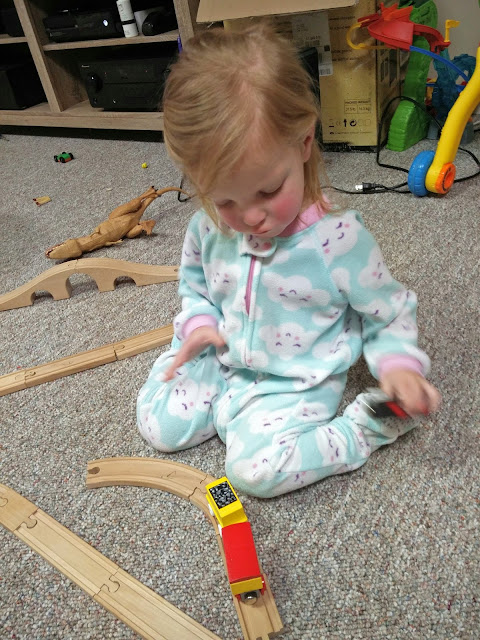 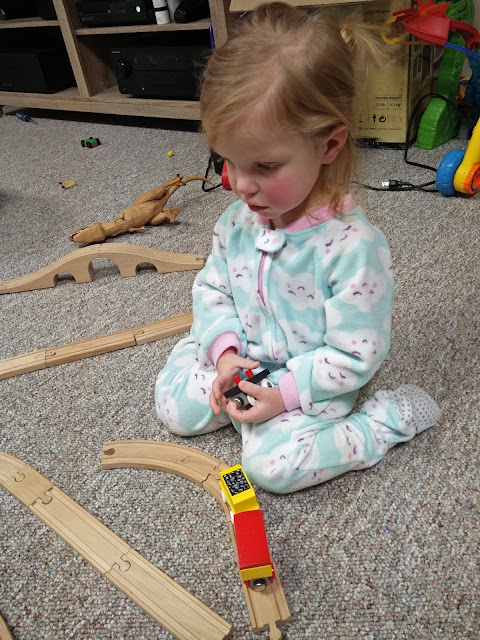 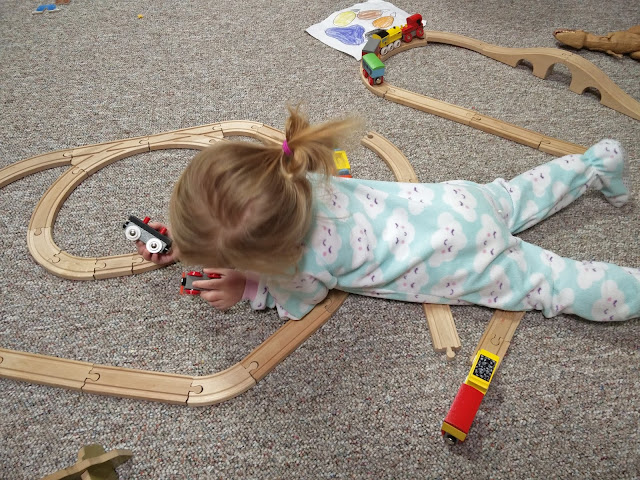 But...if even one little thing went wrong (like the track not fitting or the train falling off the track) It was massive sadness... 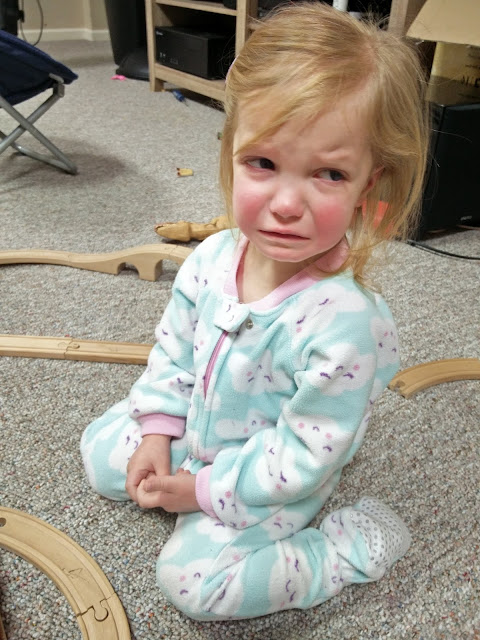 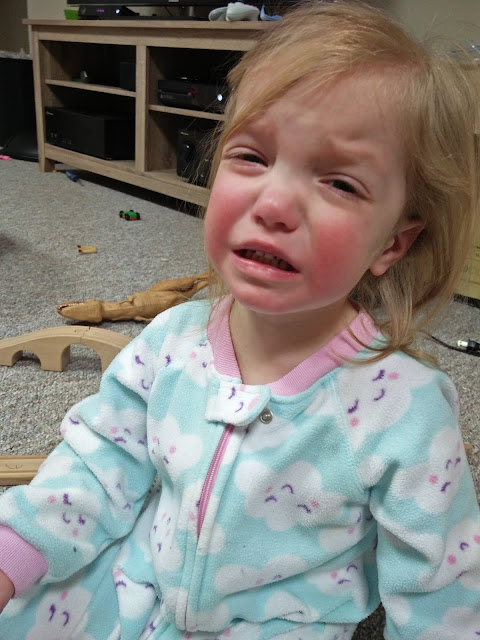 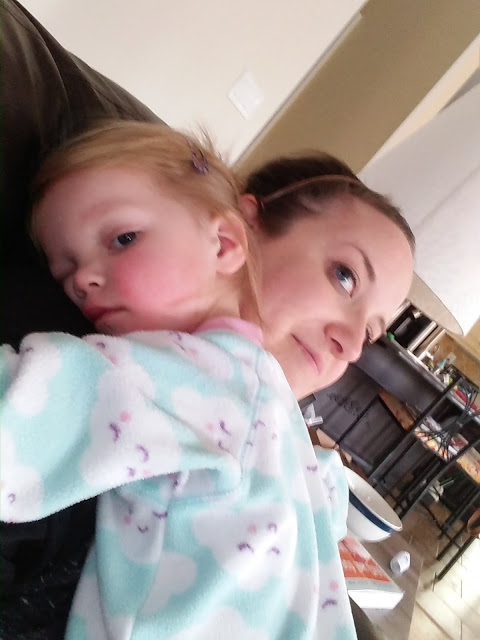 By the 3rd day she was mostly back to herself but she did take a really long morning nap and another one in the afternoon!  Being sick is exhausting!  I didn't mind because most days she doesn't even take a nap at all.  I was still happier to have her back to her cute little self, though.  Being sick is junky for everyone.