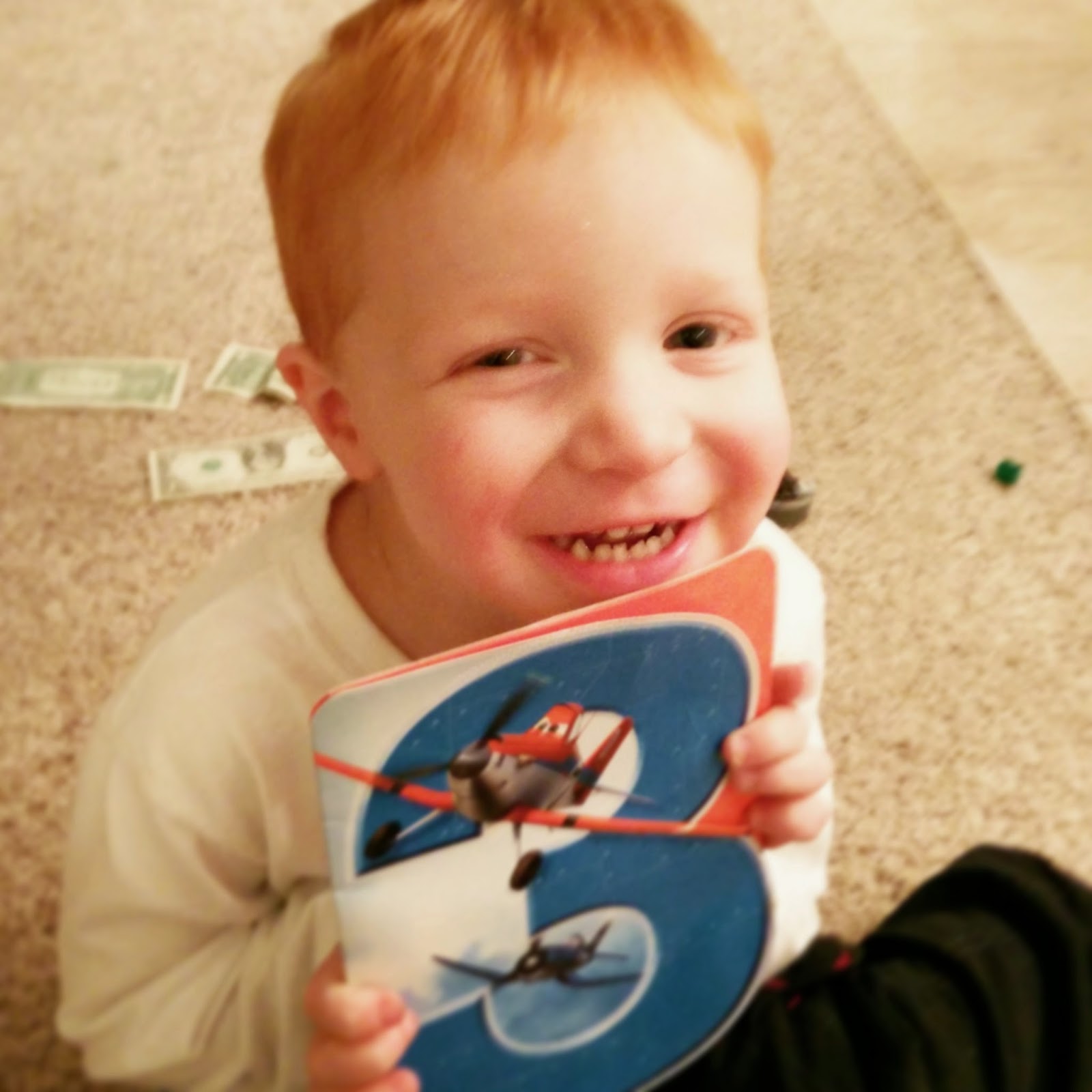 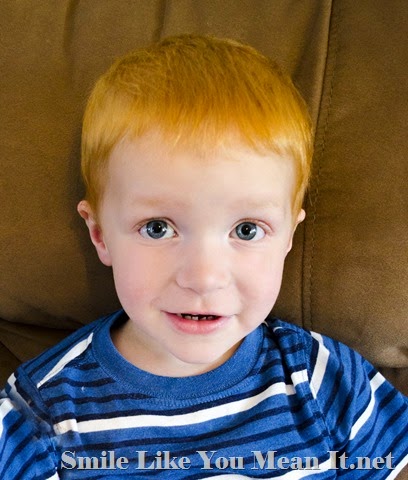 Sam still loves to cuddle with Daddy and Mommy.  He still loves hugs and kisses and is very affectionate.

Sam LOVES the kitty (even if the kitty does not return his affection!) 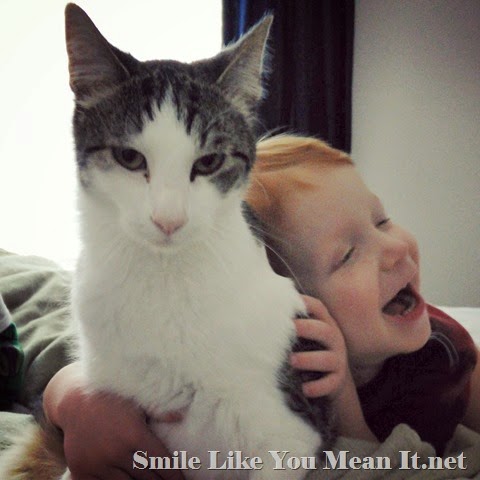 He loves to ride his balance bike and his scooter

He still loves to dig in the dirt.

He talks SO much. He amazes me every day with the phrases he picks up from us. He also says some pretty hilarious things! He thinks its funny to lie (like when we ask about the baby being away or asleep in the car—he thinks it’s hilarious to tell the opposite of what she is!)

He makes all the “boy” noises when he plays.  He loves cars, trucks, trains, planes…

He loves bath time – He is showing you his feet “wrinkles” 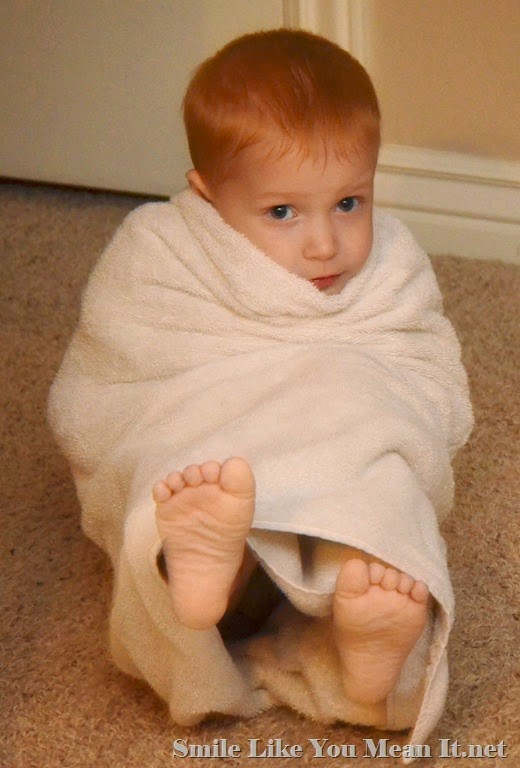 Would love to read every book we own all day long if he could.

He knows all of his letters (most of the time) and most of his numbers to 10 (though he still skips every other number when he counts!)

He still loves his “BLUE BLANKIE” and screams for it when he is upset.  He still sucks his thumb (which is OK with me!)

He loves playing with “friends” outside with Luke and his friends. He loves going on walks especially if they lead to the playground.

He loves to draw me fabulous pictures and then put them up on the fridge with magnets! 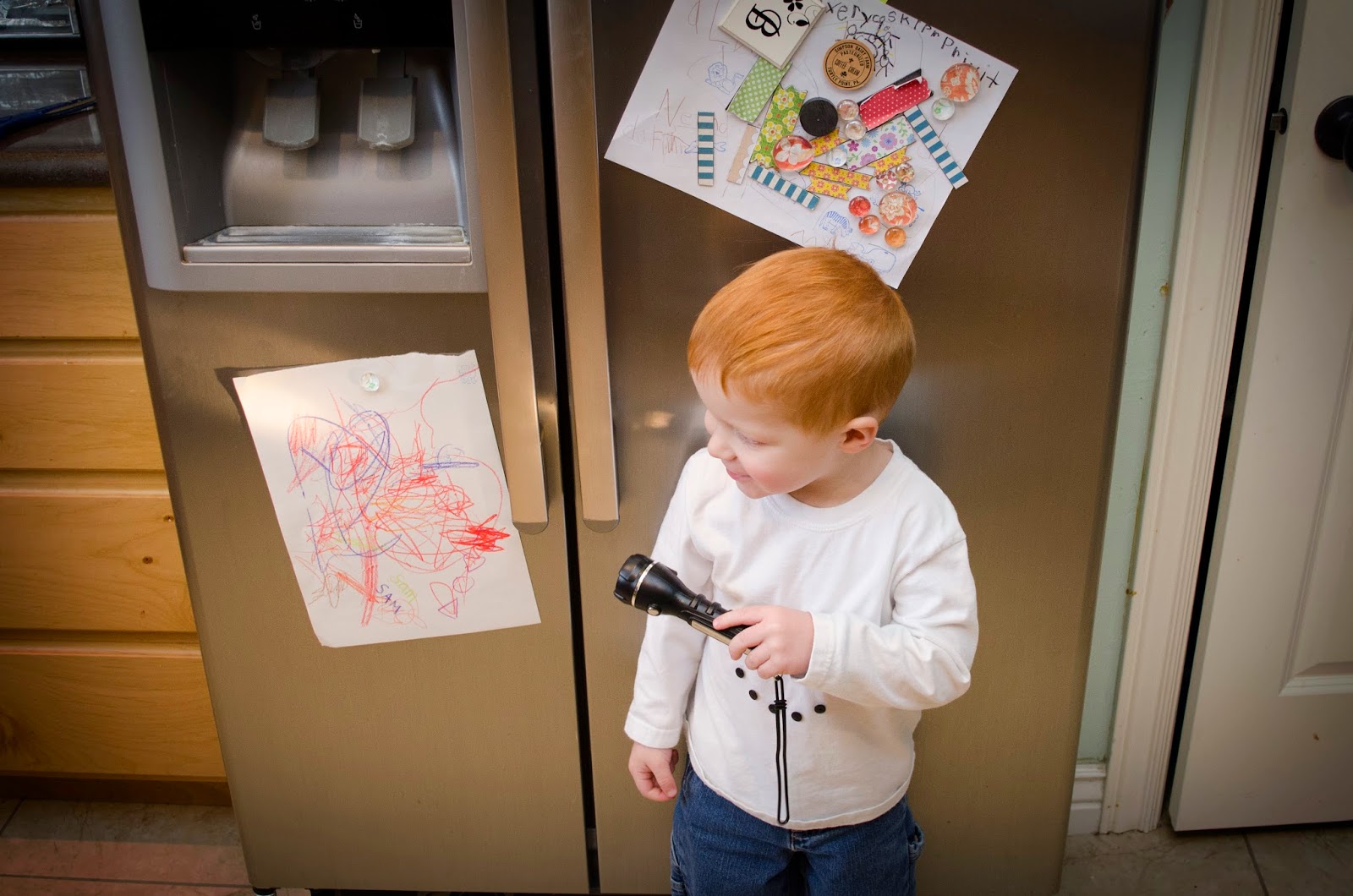 He likes stamps, and playing with playdoh, too. 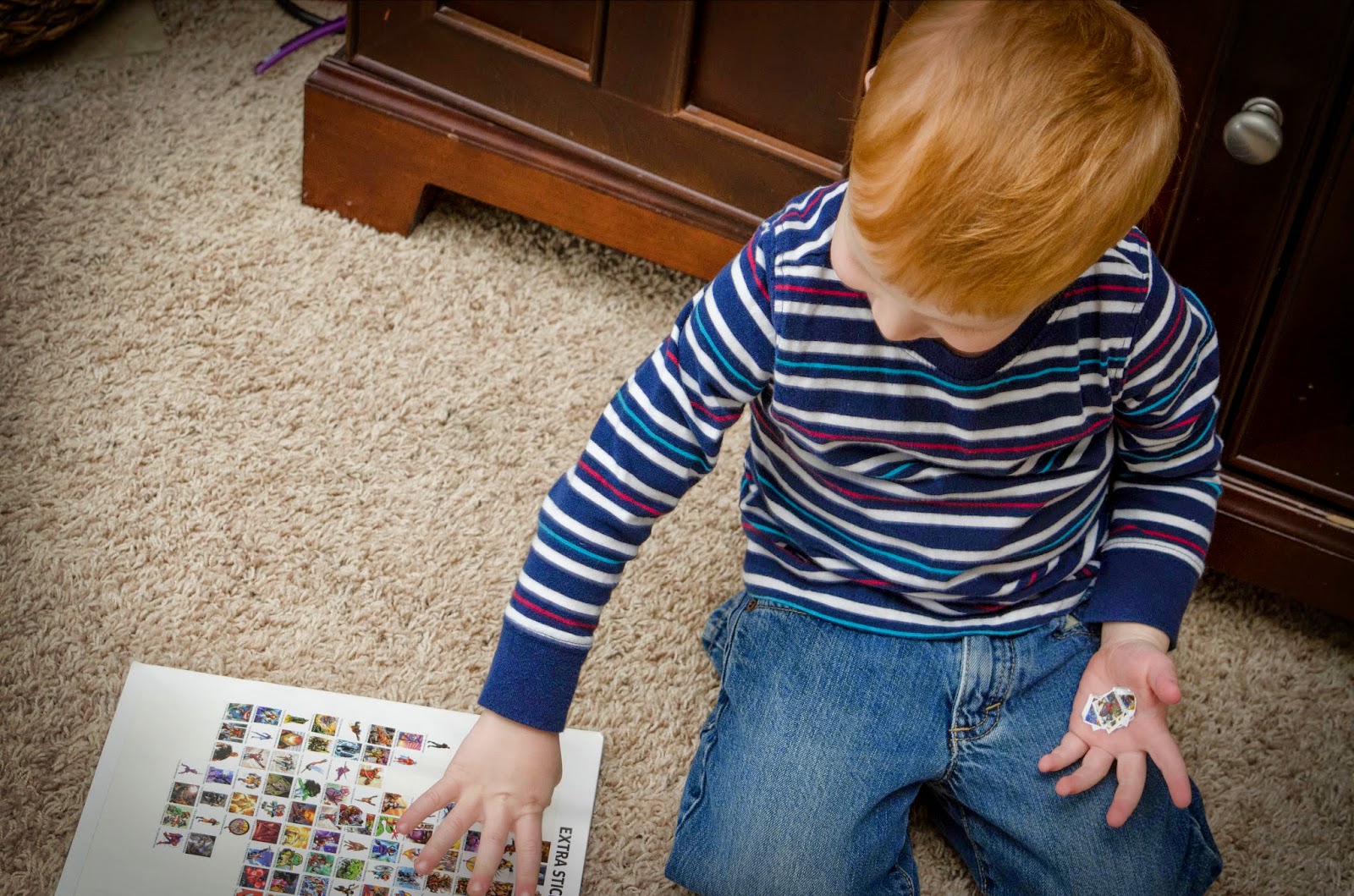 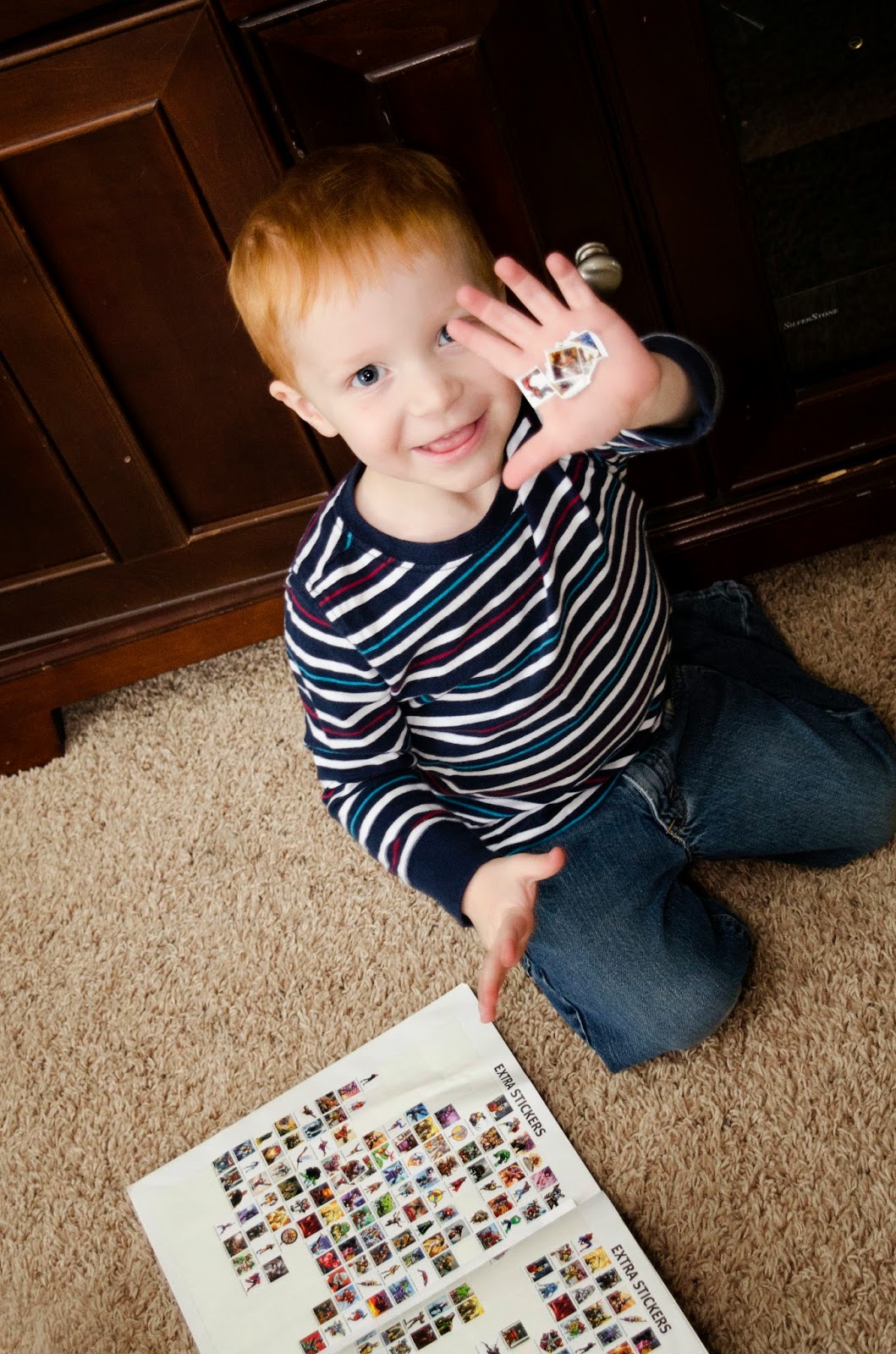 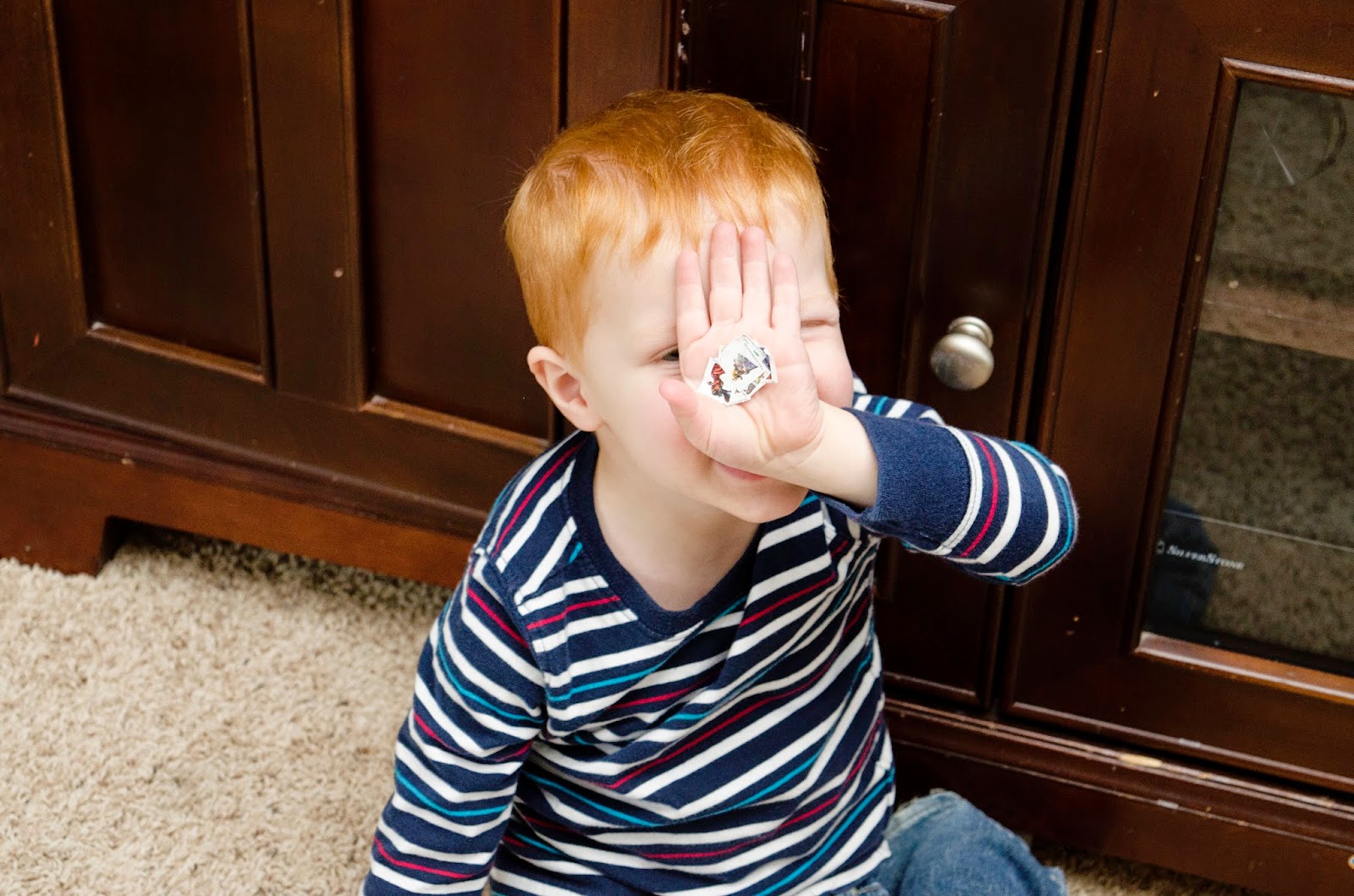 He is a candy and cookie monster! He constantly wants them.

He does not like to sing songs (unless he is in a REALLY good mood) and he refuses to dance.  Ever.

He loves to control daddy—tell him what to do, move his head in the desired position, drag him by the hand and make him go with him. 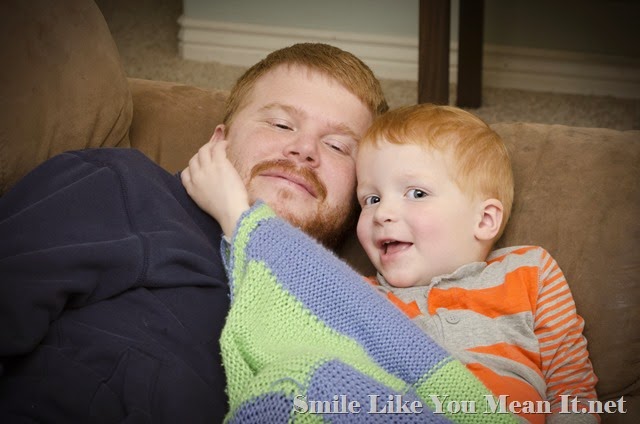 He loves hide-n-seek and building forts 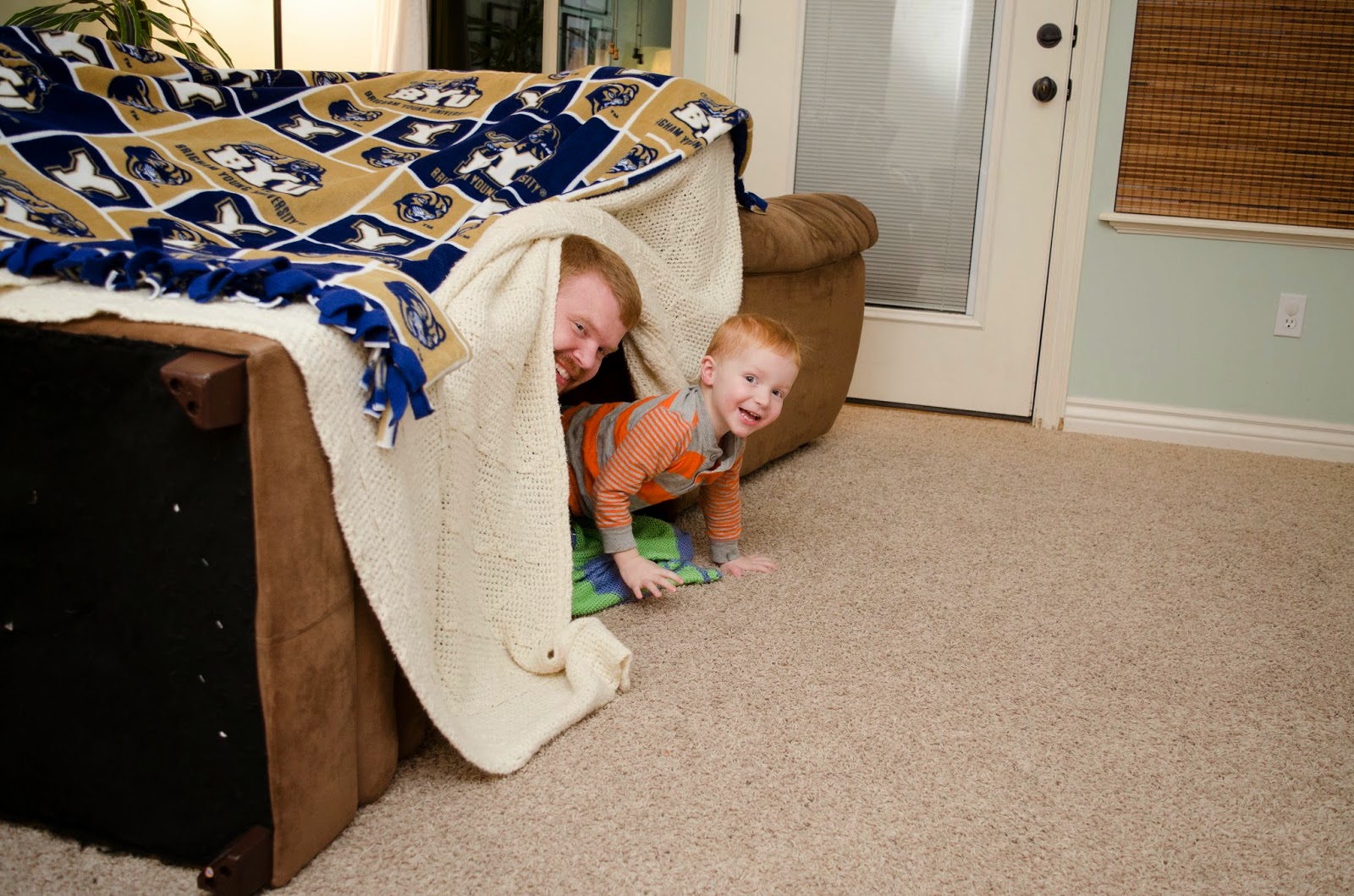 He loves dressing up… 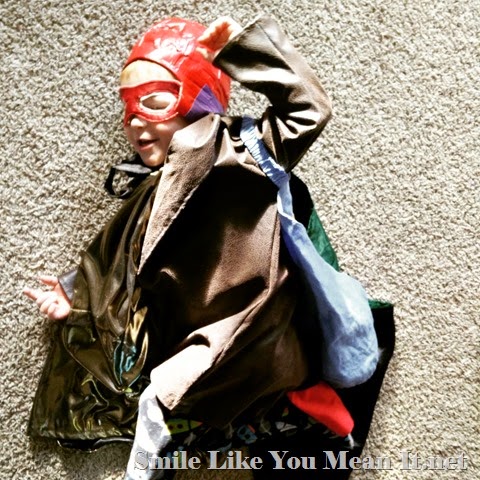 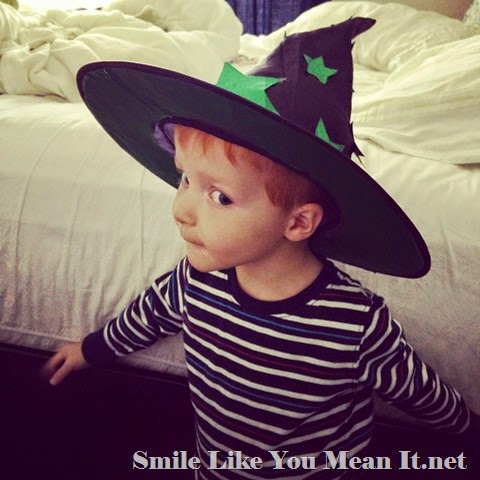 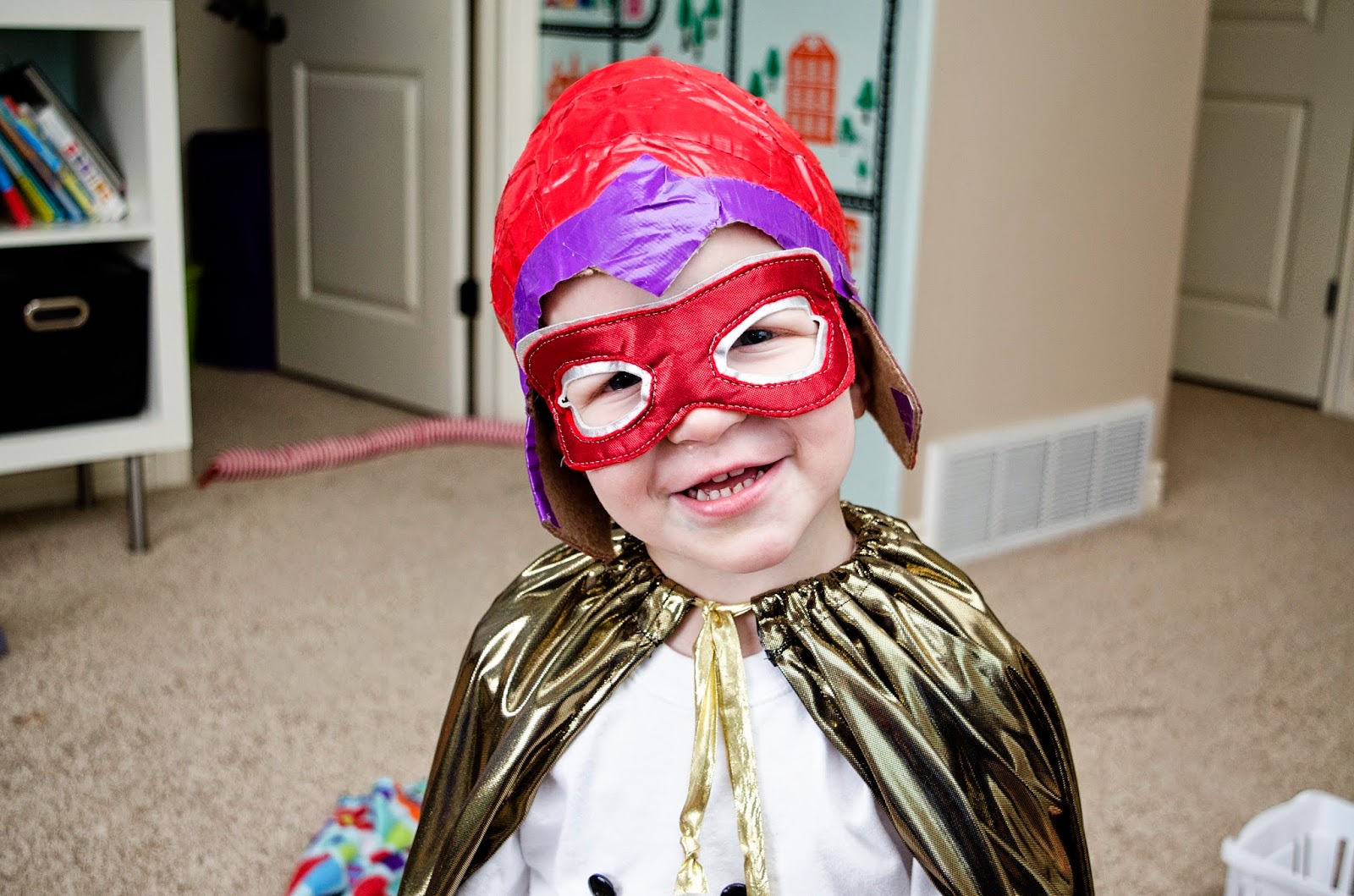 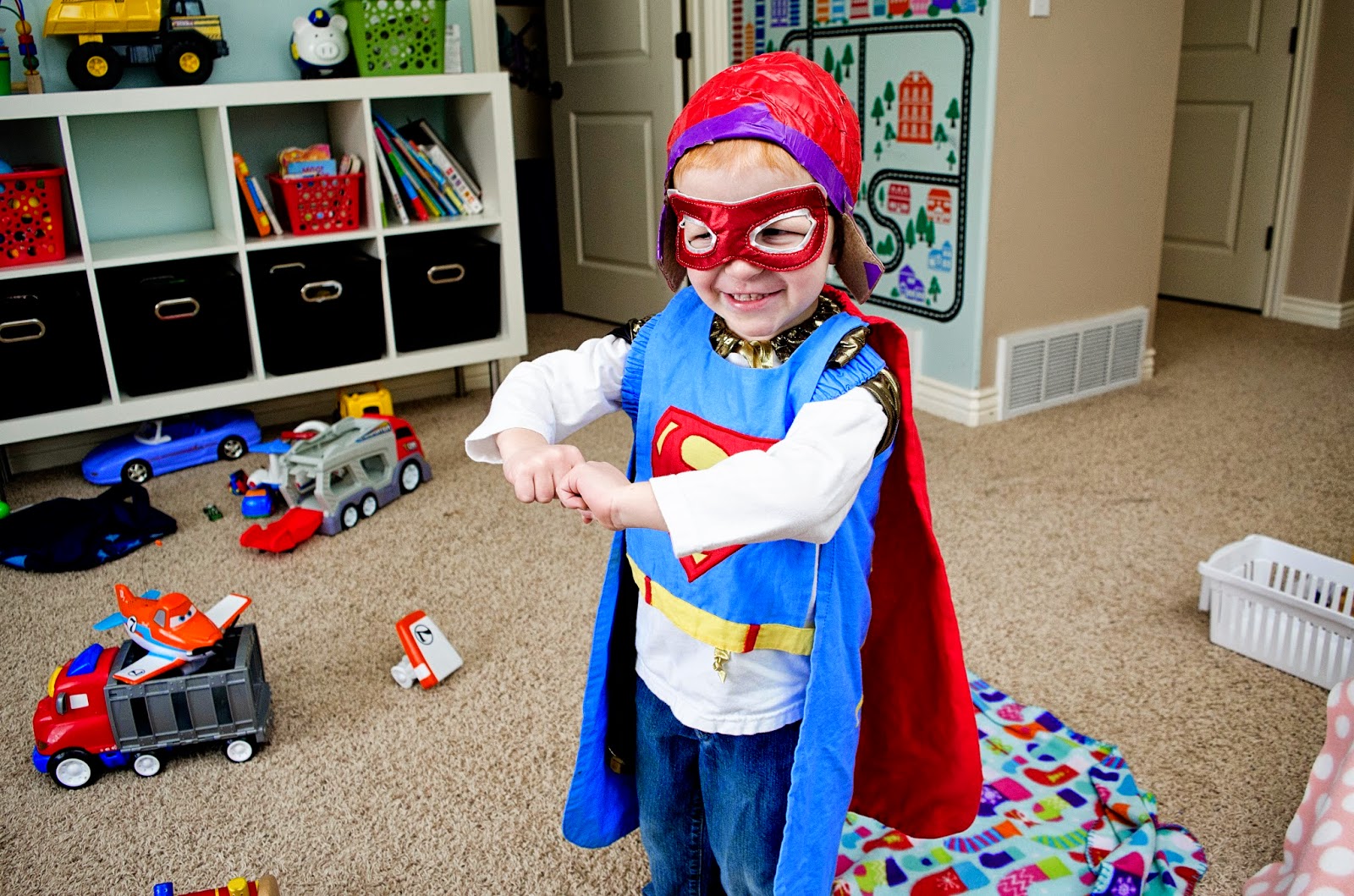 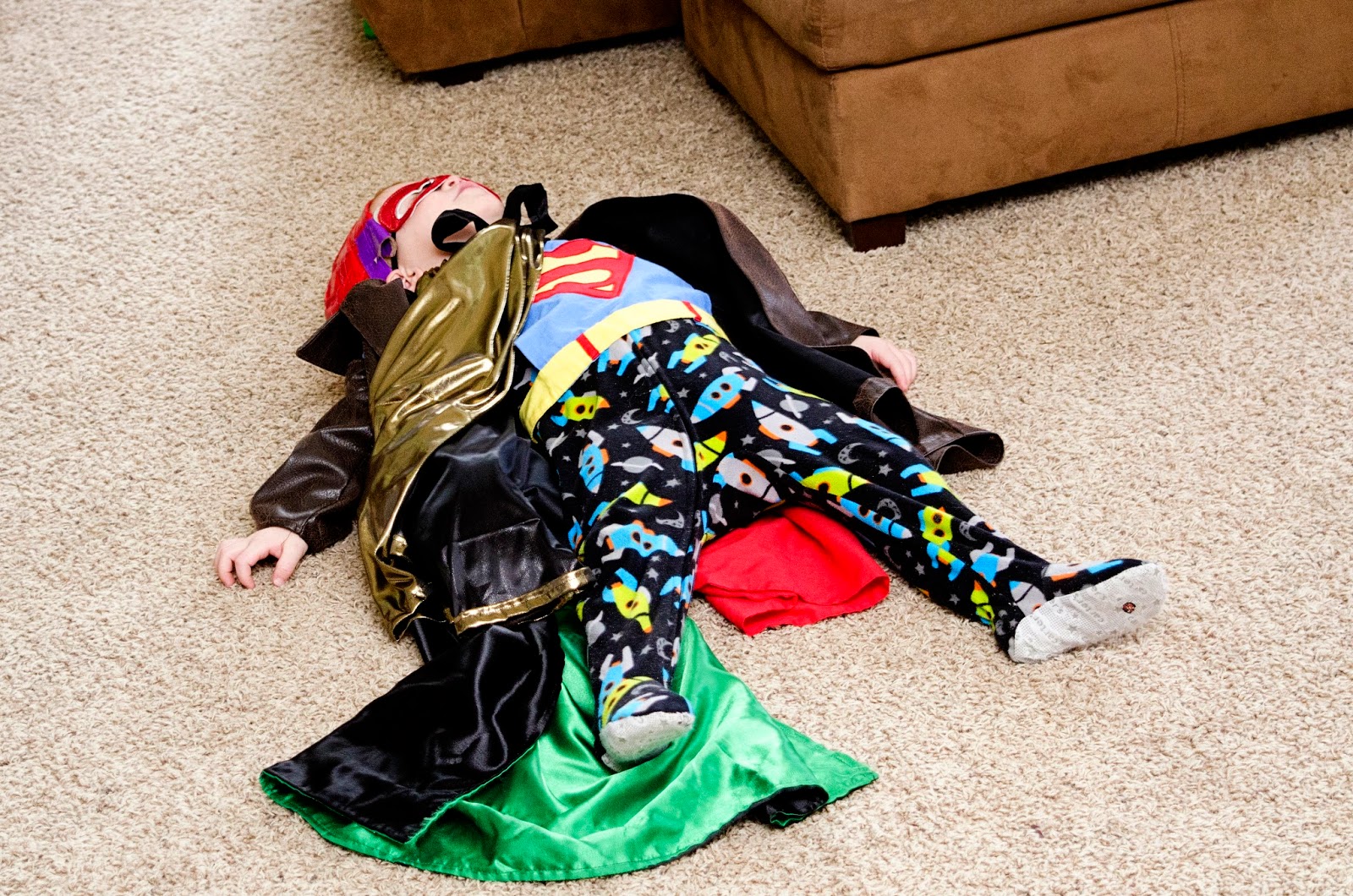 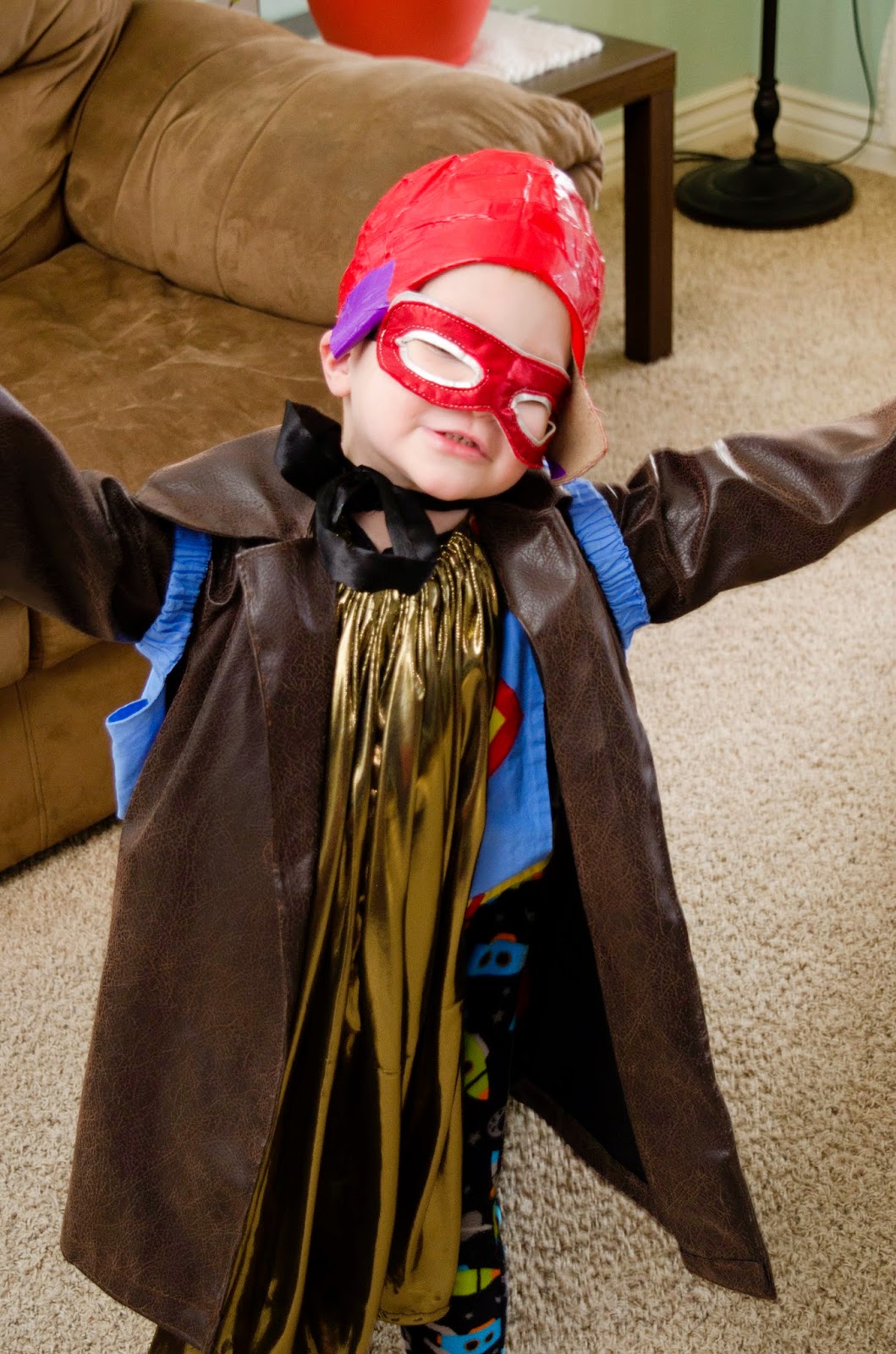 He loves doing everything Luke is doing.  He loves playing with Luke. And bossing him around.

He likes Superheroes! Especially Iron Man and the Hulk.

He loves his baby sister, but maybe how much of mommy’s time she takes up!  He is very understanding though and always gives me a hug after I come out from rocking her to sleep. 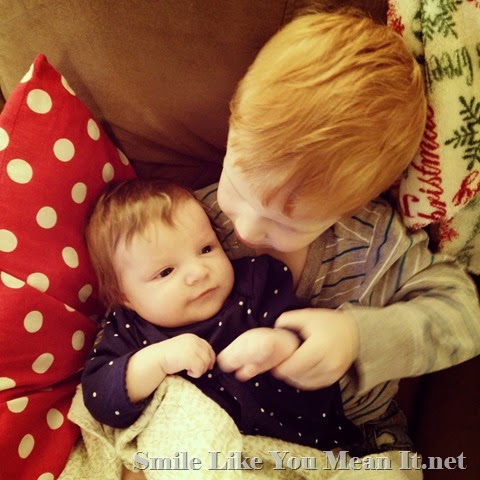 He gave up his naps in September when we moved him into Luke’s room and onto a bunk bed.  But most days he will still fall asleep in random places and positions around the house around 4 or 5.
He gets shy around new people and in new places. 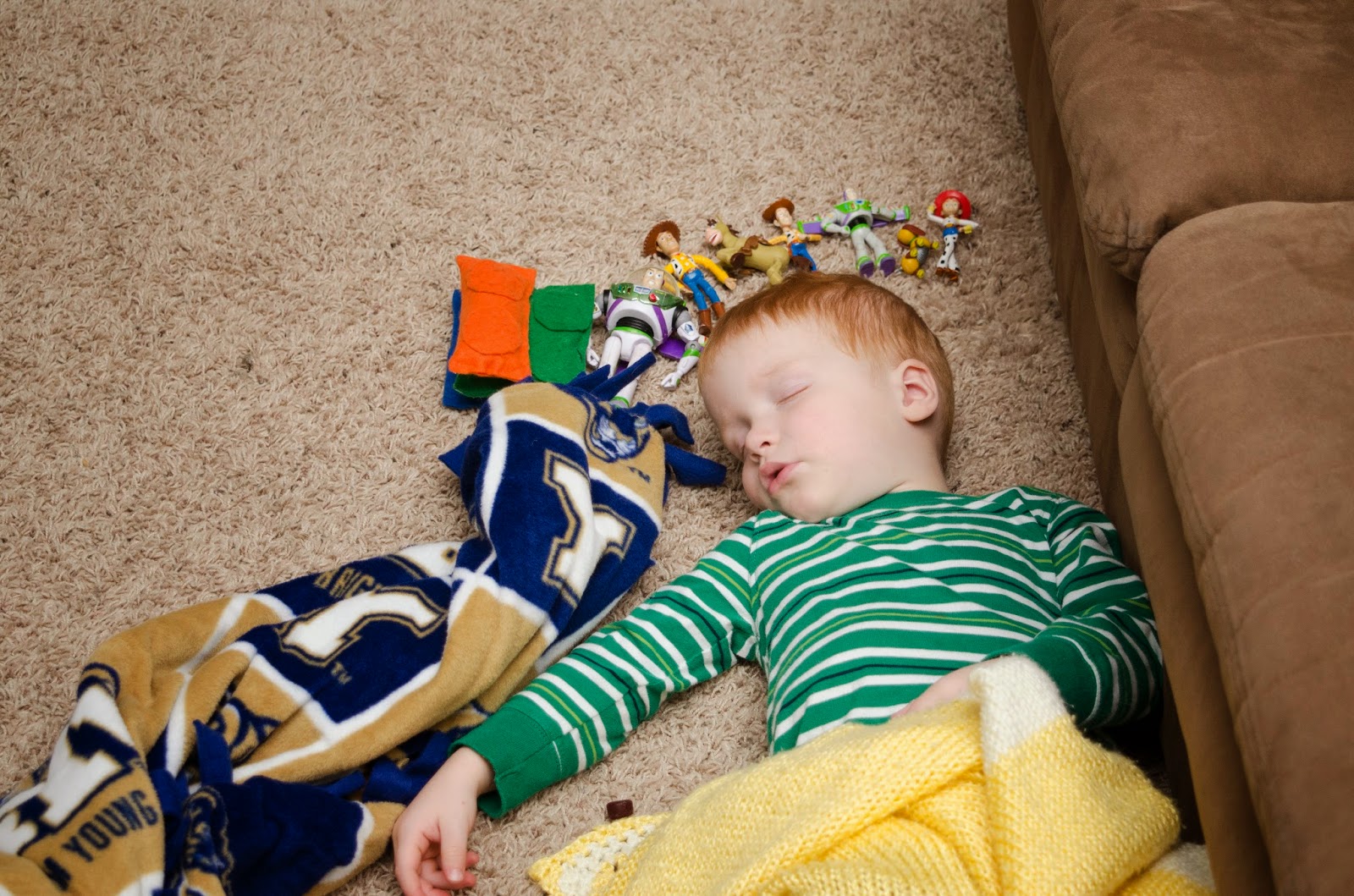 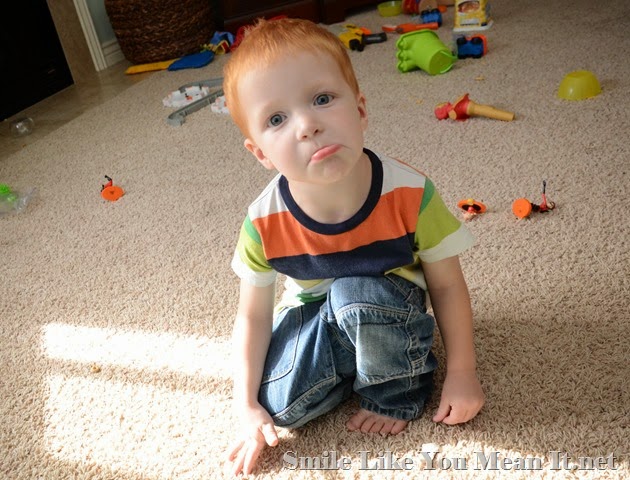 He gets scared of the garbage truck and runs inside.  But he loves to see trucks (and planes, and trains) out the windows and while driving in the car.

He loves filling up his Cars Lunchbox and his Shark bookbag with toys and lugging them around (I used to do the same thing as a kid!) 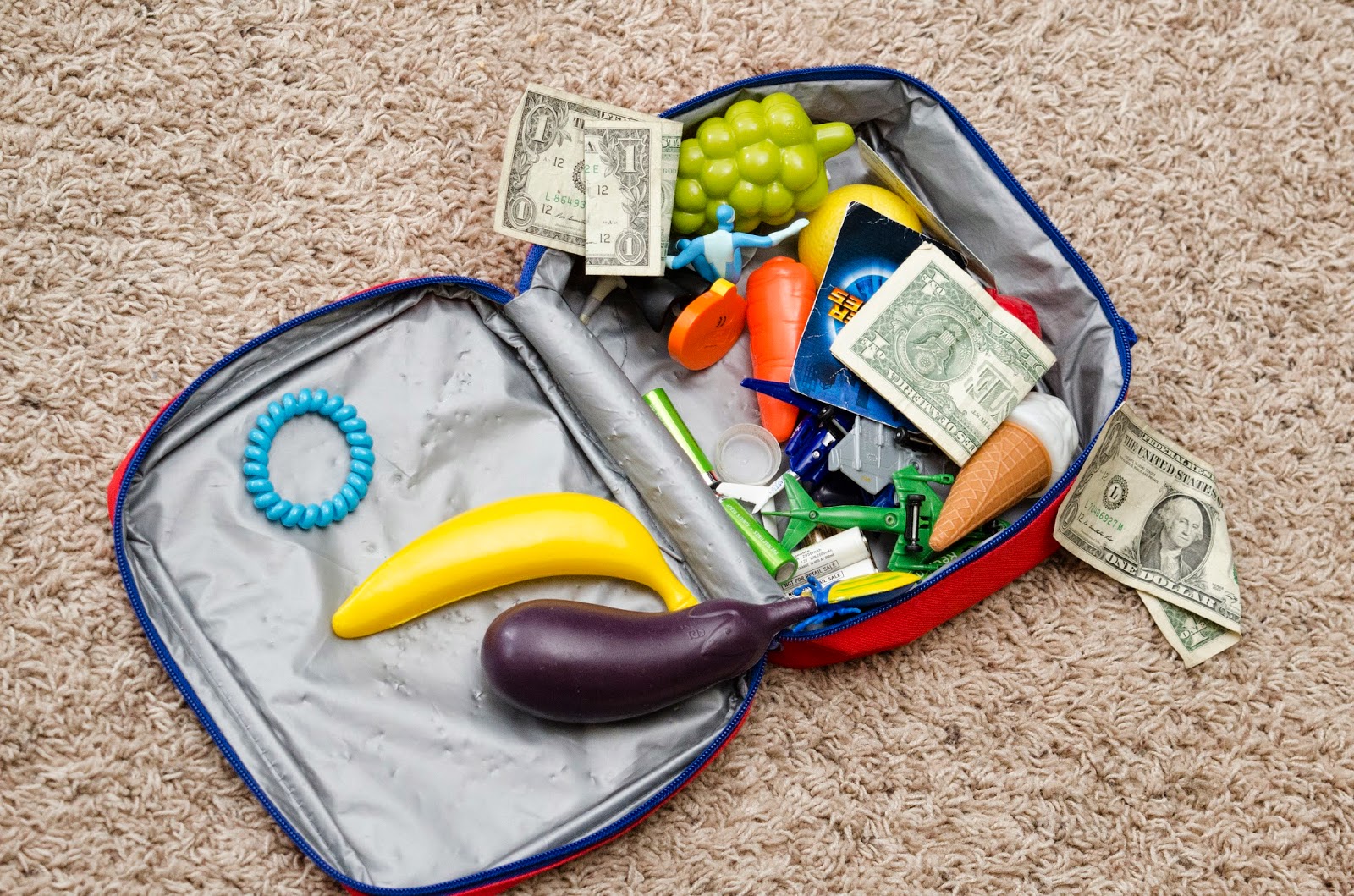 He is silly.  And loud.  And opinionated. And Stubborn.  And constantly changes his mind about his choices…He’s definitely three!! 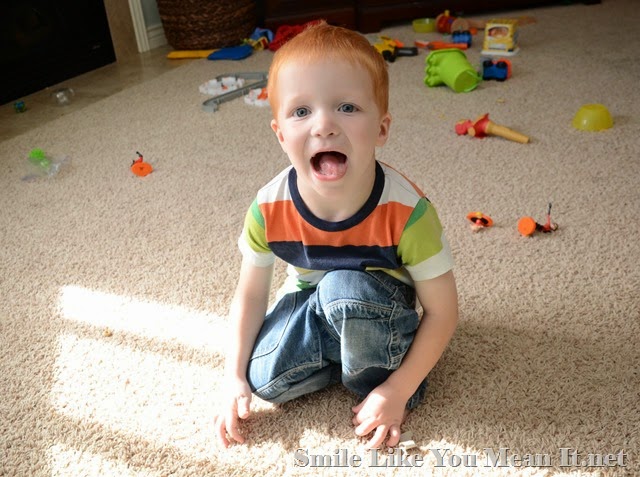