A Bunk Bed for the Boys

In preparation for the new baby coming, we got bunk beds for Luke’s room.  Sam will be kicked out of the nursery and headed for a big boy bed a little sooner than I want, but I think he will love it.  We got a jumpstart on it now, and built them a few months early.  Luke has been LOVING sleeping on the top bunk!  Sam is still in his crib in the nursery, but all too soon he will join his brother in here! 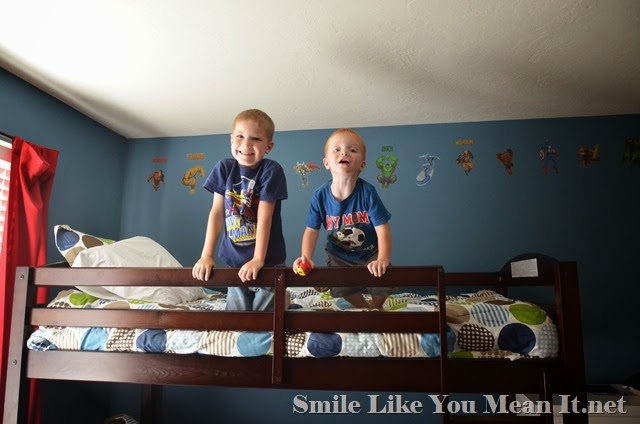 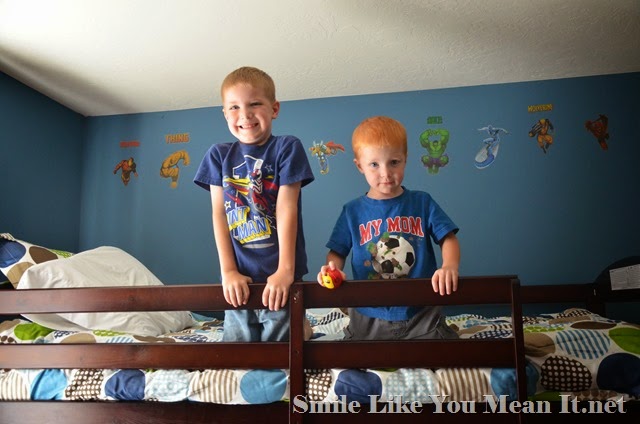 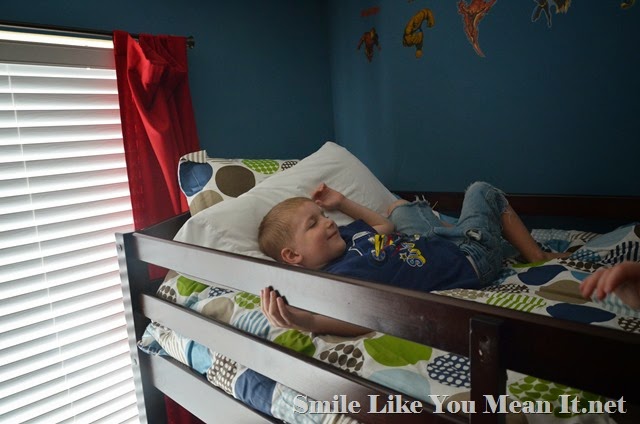 Sam parked his little tooshie right in the middle of the project and played the LeapPad like he wasn’t even in the way! 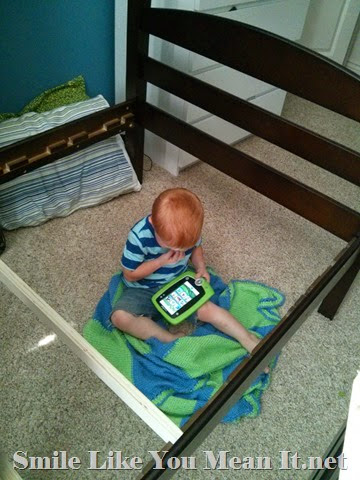 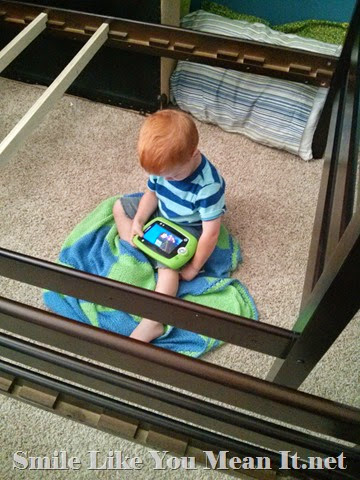 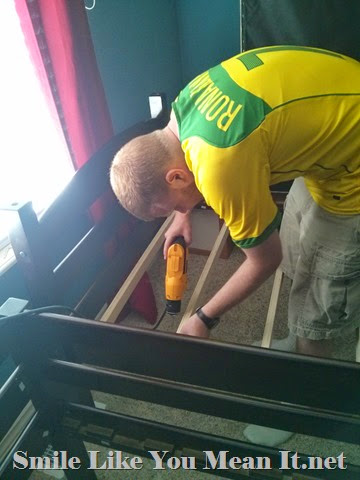 …the last time Scott built a bed for his kids…building the crib in the same shirt!! (ok not really—he was building the changing table that matches the crib) for when Luke was a baby! I just thought that was funny. 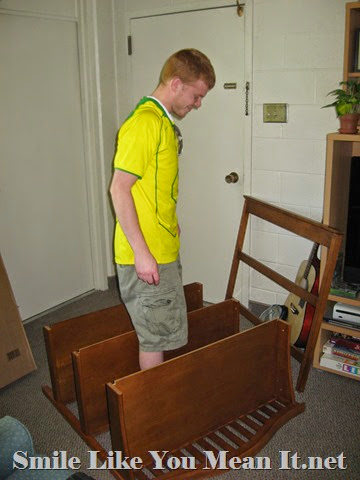 Anyway, the boys are super excited to have these beds and even though Sam isn’t sleeping in there yet, Luke is fully basking in his new beds!