So I've decided that the first year goes by at a decent pace...but the year from age 1 to age 2 just FLIES by!!  I can't believe that Sam is already 2...except when I look at him because he is SO big!  I feel like he's just so tall and grown up. 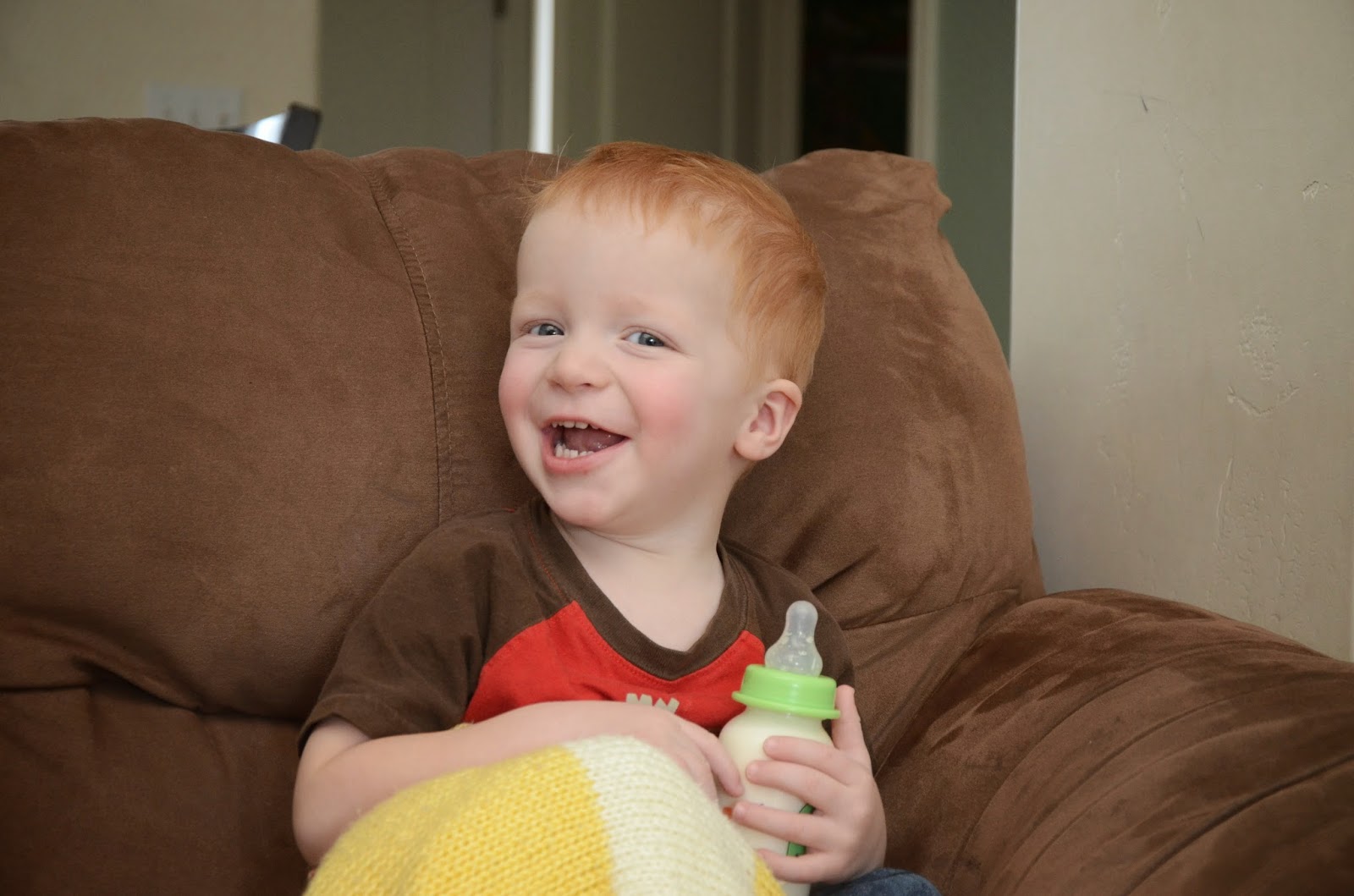 Sam loves:
Cars, Trucks and Airplanes.
The kid always has about 3 cars in his hands and/or a toy airplane.
He LOVES his airplane pajamas and gets mad when we take them off "Airplaaaanes!!"

He loves to just lay on the floor and zoom his cars around.  We have plenty of big trucks and cars for sam to push around the house, too.  He likes putting toys in the big dump truck and pushing it around the room.

Movies--Sam has developed a decent enough attention span that he likes to watch movies.  He does, however, tend to get stuck on a movie and then only want to watch that one movie over and over...and over and over.
--in particular he went through a phase of wanting to watch only Cars.
and then Cars 2
and then Planes (which was super hard to translate in Sam speak because it sounded something like "m n m a plnnns" all blurred together really fast.  He since then has figured out how to say airplanes.

and then Croods...and then "me-balls" which is Cloudy with a Chance of Meatballs...
Everytime he switches to a new movie I am relieved to have something new in the background, but it still gets old very fast.

He also likes Bob the Builder ("bob") and Word World  and Peg & Cat on PBS.

Playdoh
Bubbles
Going outside--much to mom's dismay.  Sam doesn't mind it being only 20 degrees outside, but I sure do!  Poor kid hates being stuck inside so much.

Loves to play with Luke--He also drags Luke around and makes him chase him in circles.  He likes to follow Luke around the house and play with the toys Luke is playing with (which doesn't always go over too well with big brother. Luke is VERY patient for a 5 year old and usually lets Sam just boss him around.)

Loves to play with Daddy--as soon as Daddy gets home Sam tries to pull off his shoes, jacket and drag him by the hand to the living room to play saying "c'mon daddy!"

Loves to EAT.  But he is also annoyingly picky at times.  He'll want a can of peaches, he'll eat like 2 and then refuse to eat anymore.  He does that SO much with everything!  But he eats a lot more kinds of food than Luke.  He'll eat fried rice, turkey, cheese, yogurt, spaghetti and sauce, apples, oranges, granola bars, carrots, cucumbers, toast, mac and cheese, chips, pretzels...

He likes to point out when he's made a big mess.  "Messss"  He'll say as we walk through the loft playroom to the stairs...yes, Sam.  You made that mess, little goober.

Still loves bathtime, playing outside whenever he gets the chance, bubbles, puzzles, playing phone/tablet apps (he's getting WAY too good at using electronics) and playing with big brother Luke.
at 10:39 AM