I’m a tad bit late on this…but I’ve been thinking about it every day since a week before he turned 9 months…so that counts for something, right?! 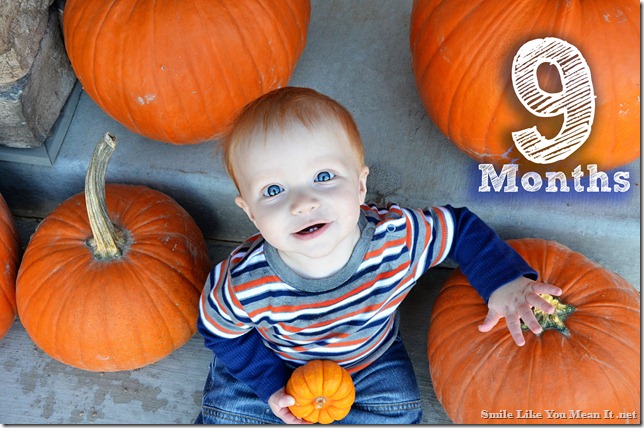 Sam cut his top two teeth this month!  You can only see them when you get him really laughing…tickling works nicely for this.  He is SUPER ticklish.

Sam is mastering walking along the furniture and his “fast” crawl where he puts his head down and crawls as fast as he can! It’s so funny!

He got his first cold, but it was mostly just a little bit of stuffiness/ runny nose…not bad at all…until he got an ear infection.  I waited a full week because I wasn’t sure that he really had an ear infection, but sure enough he did. 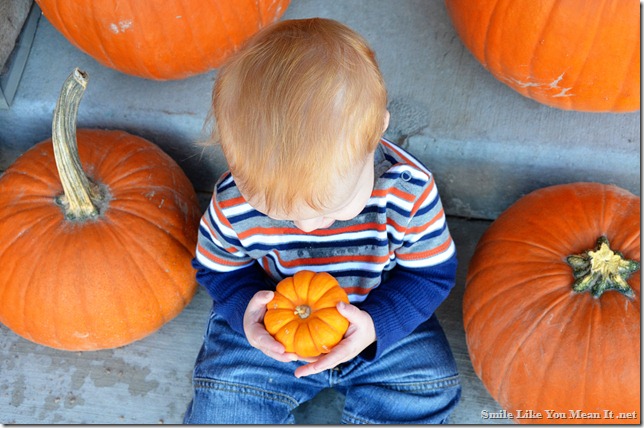 Sam is really really active! It’s hard to keep his weight on an upward scale. When I took him in for the ear infection he was still only 17 lbs and that was with his clothes on! I feel like I’m constantly feeding him, so I guess he’s just going to slender up on me. I miss my chunky baby! He is in size 9 mo clothes, and still in size 3 diapers.

Still love destroying paper, chewing on squinkies, trying to get his chubby little hands on the remotes.  He loves crawling under the table to scavenge for food particles, banging anything that will make a noise, blowing raspberries, finding paper, eating paper, scratching at different textures,

Sam LOVES being outside!  He gets SO excited when you walk toward the door and as soon as it opens he starts shrieking and hitting whoever is holding him! {sometimes it hurts!}  His favorite is when we let him get down and crawl.  He ALWAYS wants to get down and crawl outside—he especially likes to chase Luke when he is riding his bike in circles around him! 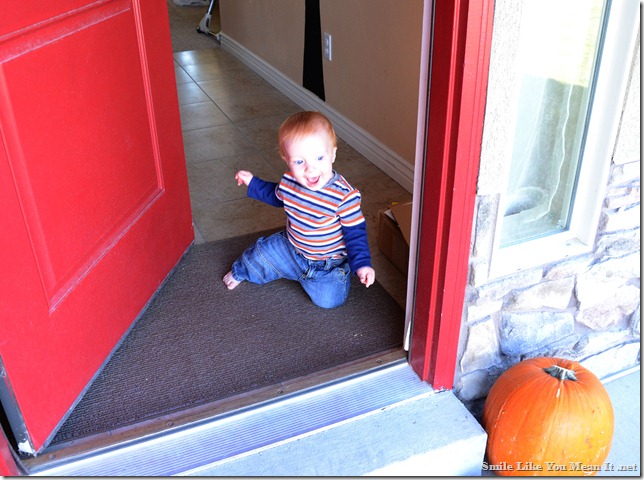 Between teething and then being sick with an ear infection, we’ve not had the best nights or days with sleeping.  On average though, he tends to sleep anywhere from 6:20 to 7:00p and then wakes up somewhere between 4 and 5:30 for a bottle and then going to sleep until 7am.  Sometimes he will sleep straight through until after 6, but then he is up for the day.  I suppose I should just let him cry through that early morning feeding, but I can’t seem to bring myself to do it.

Onto the rest of the pictures! 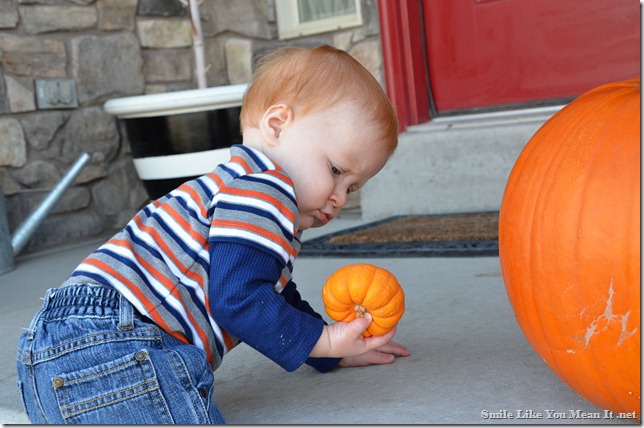 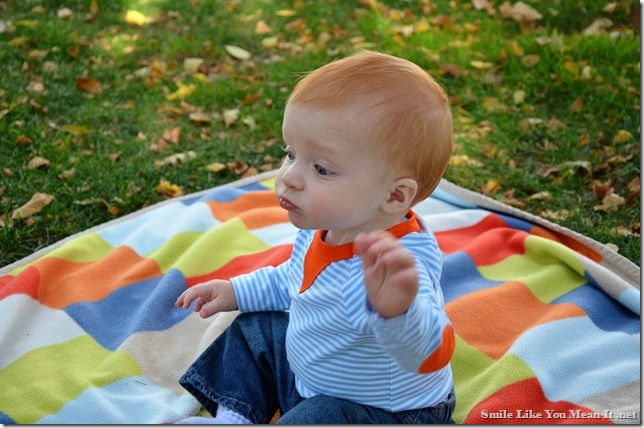 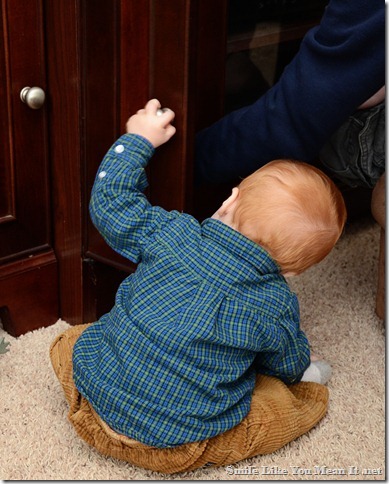 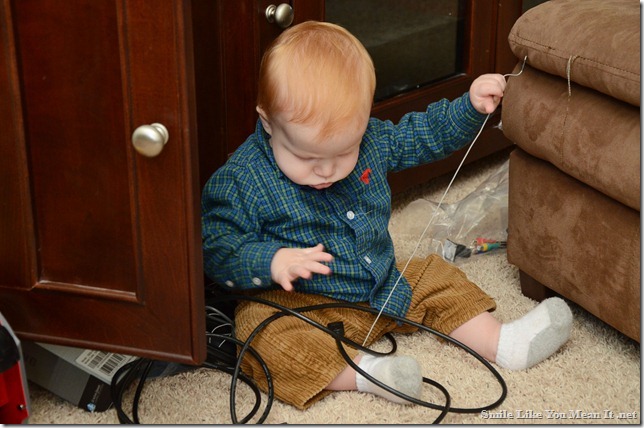 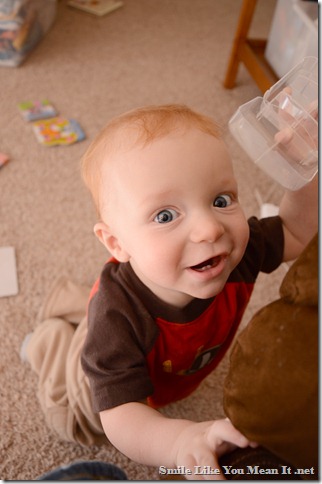 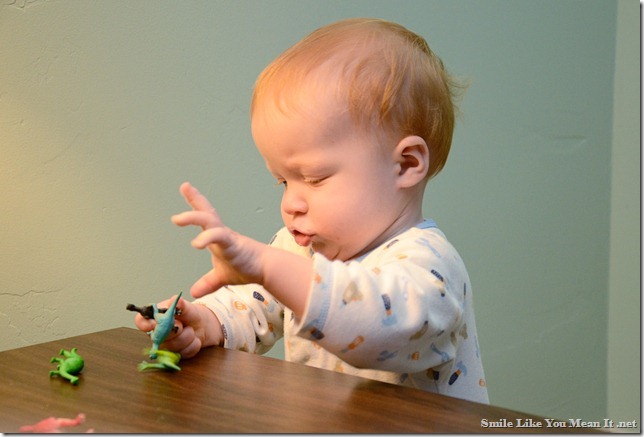 So glad I captured this awesomeness! 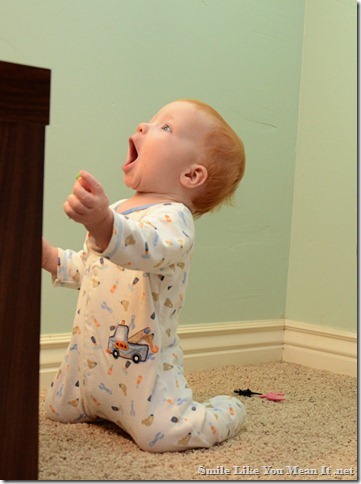 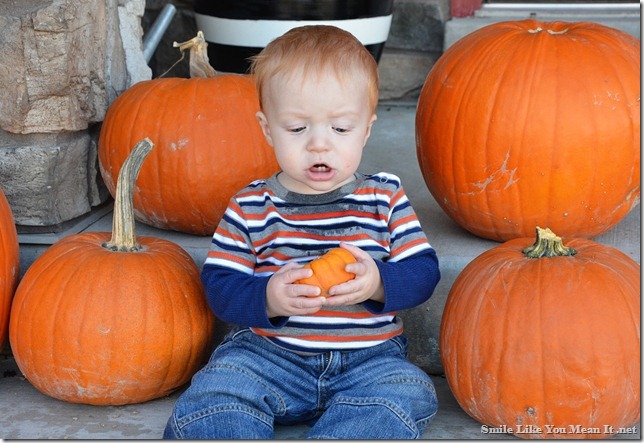 Oh man, Sam’s personality is really starting to shine!  We LOVE Sam at this age and we’re soaking up every minute!  He’s so good at playing by himself for long stretches or playing with Luke {he loves to follow Luke around} Corny as it may be, I wish I could stop time and keep him cute and little and curious like this for a bit longer!