I don’t have the best track record when it comes to my attempts at homemade pizza!  I’ve tried many recipes, frozen bread dough, refrigerated pizza dough…and nothing ever turns out how I want them to.  We usually end up not finishing the pizza.

Tonight, however, I tried a new recipe that {to quote my hubby} “was probably the best homemade pizza you have made yet}  And I agree!

I pinned this recipe from Jamie Cooks It Up and we really liked it!

The recipe makes enough for two pizzas, but we are a pretty small family and one pizza will suffice.  So I turned the other half of the dough into little calzones that will go into the freezer for a snack or lunches later. 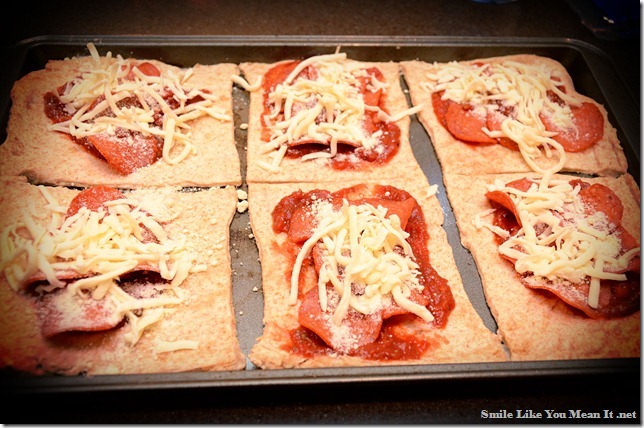 I should stick to what works, but I really like the recipes from Six Sisters’ Stuff, so I think I am going to try this recipe next.  Then whichever one I like best, I will make that my new go-to recipe for pizza!!  I would have tried that one tonight, but I didn’t see it until after I started making the other one.  It’s ok, though because I’m just so excited I finally found one we liked and didn’t end up throwing away half the pizza!
at 7:38 PM

Email ThisBlogThis!Share to TwitterShare to FacebookShare to Pinterest
Catagories of Interest: Recipes