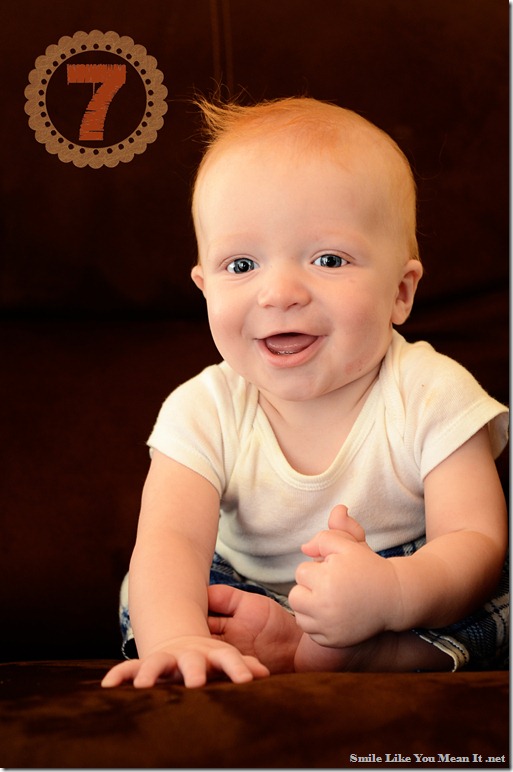 …and getting into so much trouble lately!! 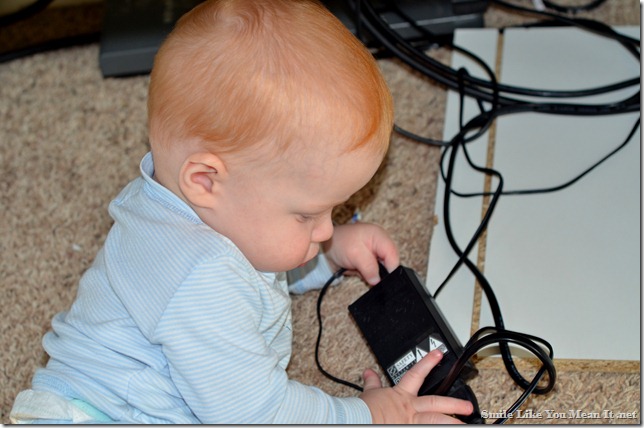 Don’t be fooled by this photo, he is still only army crawling!  But he is still very fast! He uses his left arm and his right leg to scoot himself across the floor.  This method doesn’t stop him from getting where he wants to go! He is pretty much unstoppable.  I’m going to have my hands full in a little while when he figures out there's lots of fun stuff to get into hidden in the cupboards and drawers. 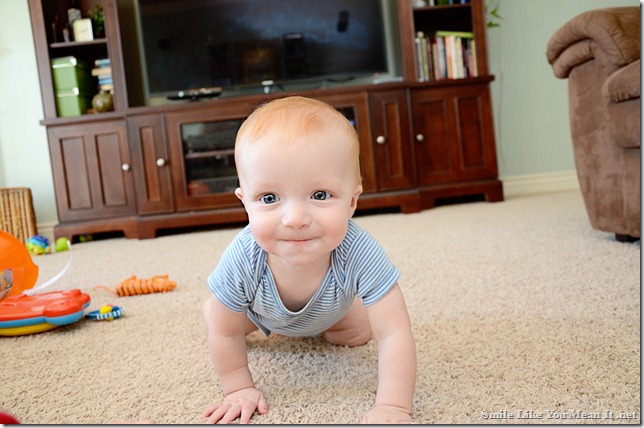 He gets stuck and also falls a lot because he has been pulling himself up to standing and can’t get down. 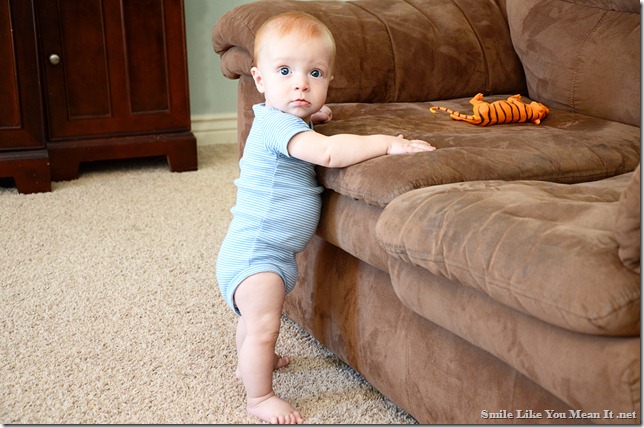 In the crib, on the furniture, and even trying to climb the stairs! 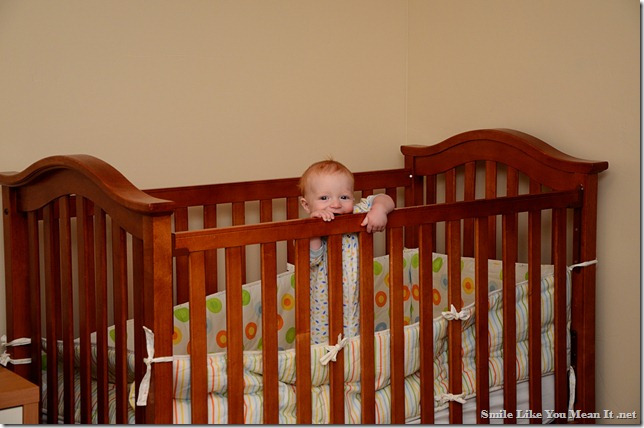 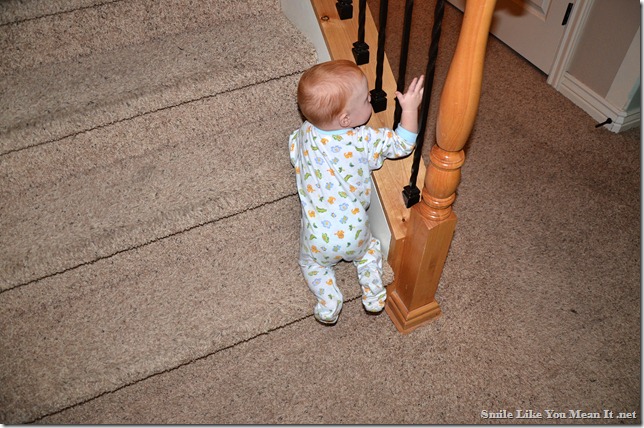 Of course his naughty big brother is luring him up them all the time! 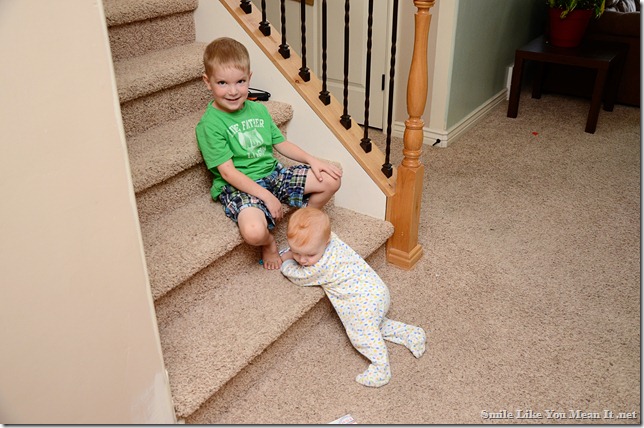 He hates staying still on his back for diaper changes.  I can keep him occupied with a toy or random object for about 5 seconds.  Though, 95% of the time he wiggles around, fights to flip over and ends up like this: 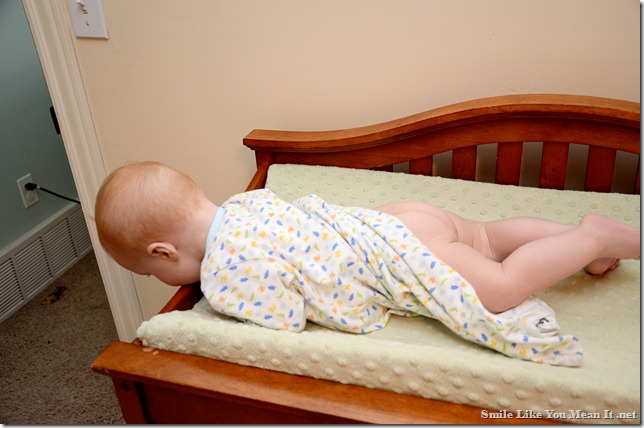 He’s definitely a momma’s boy.  If momma is around he wants me to hold him.  He whines for me, the crawls into the other rooms looking for me, and if I’m on the floor he is crawling all over me! 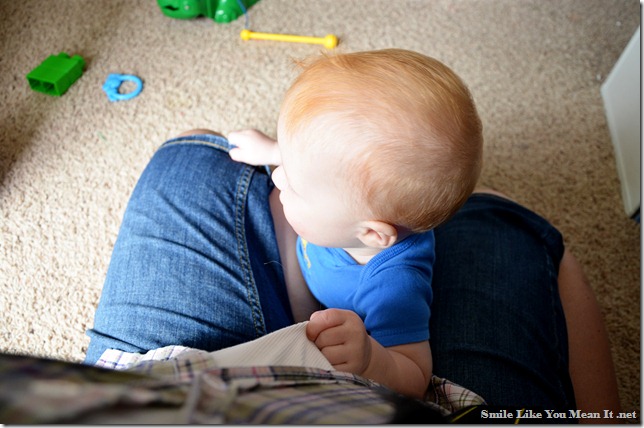 He’s a yeller!  He yells loudly and randomly.  Makes church fun and exciting ;)

He is eating lots of new foods!  His favorite is oatmeal + pears.  But he also likes sweet potato and carrots.  He also eats green beans, prunes, peaches, and is just starting to get the hang of eating puffs (which he loves and it keeps his little hands busy busy!!)

When he is done eating he lets me know multiple different ways.  One of those being he sucks his thumb so I can’t get the spoon in his mouth! 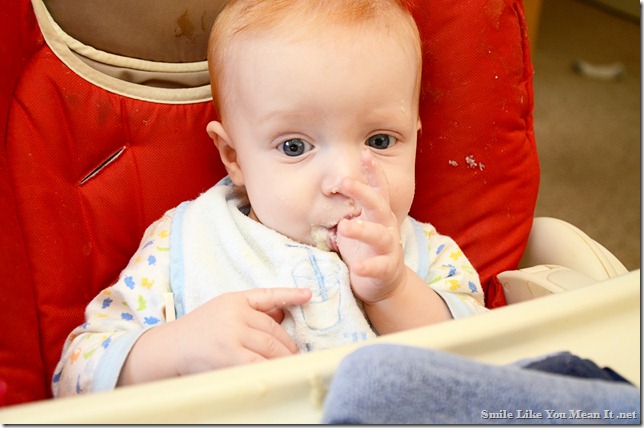 LOVES when you play peek-a-boo with him

Loves going on walks in the stroller.

Tried letting him sit in the shopping cart —but he hates it and would rather me hold him instead.  He also hates sitting in his car seat…so shopping excursions are pretty much awful these days.

Sam started sleeping nearly 12 hours at night on his own!  He was already doing pretty good—sleeping from 7-7:30 until 5:30am.  Then one night he slept until 7…and then he kept doing it!  I’m SO glad we didn’t have to make him cry it out to make that last wake up time disappear! 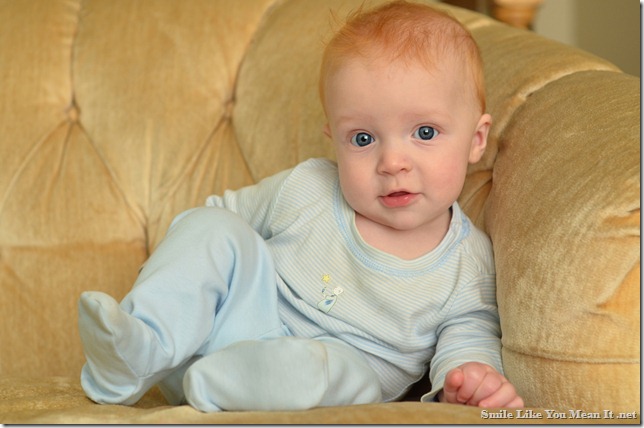 He has 2 little teeth! The first one caught me totally by surprise.  I had no idea he was teething and then I felt it in his mouth one morning—no wonder he was a little grumpy that week! 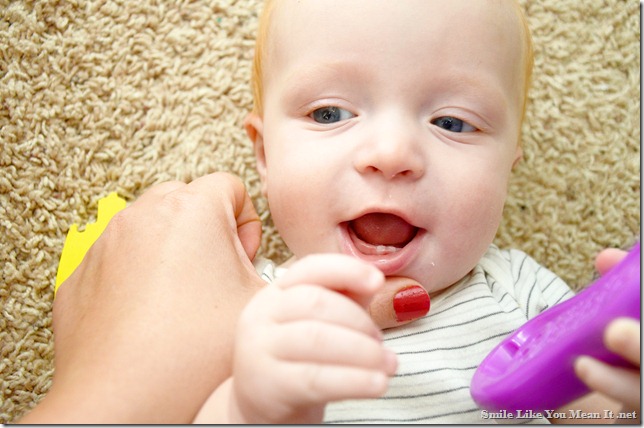 He loves to destroy and eat paper. 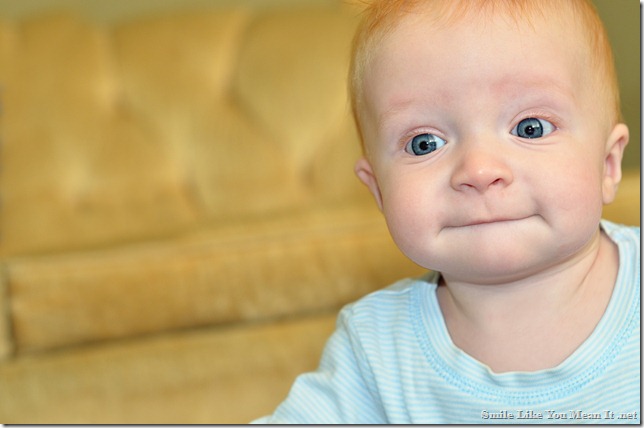 I’ve fished more squinkies and pieces of paper out of his mouth than I can count.

He loves baths, and chewing on the foam letters.  He never sits still for baths either! He is rolling over, crawling around, trying to stand up, constantly moving & constantly splashing and yelling! 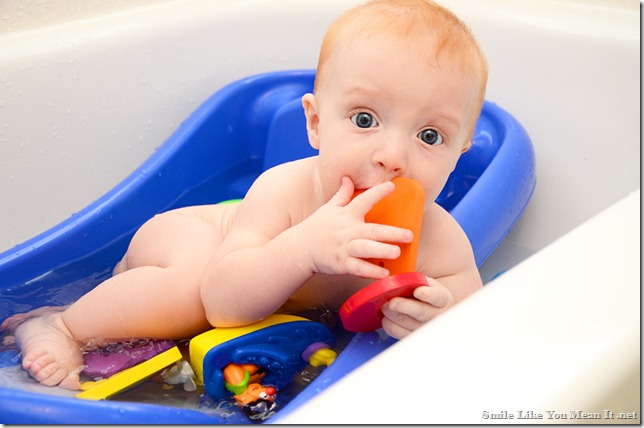 He’s our curious trouble-maker!  He is going to keep me on my toes in the coming months! 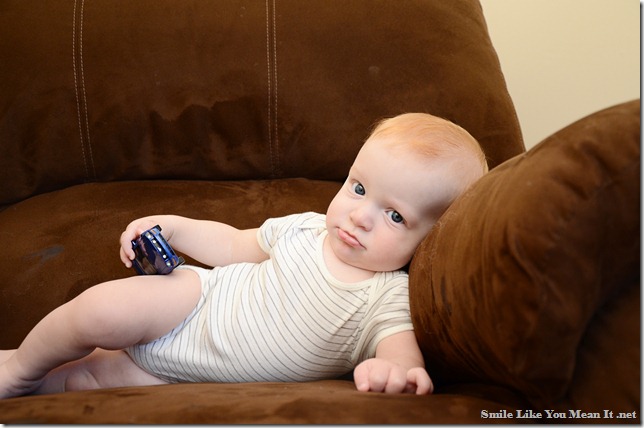 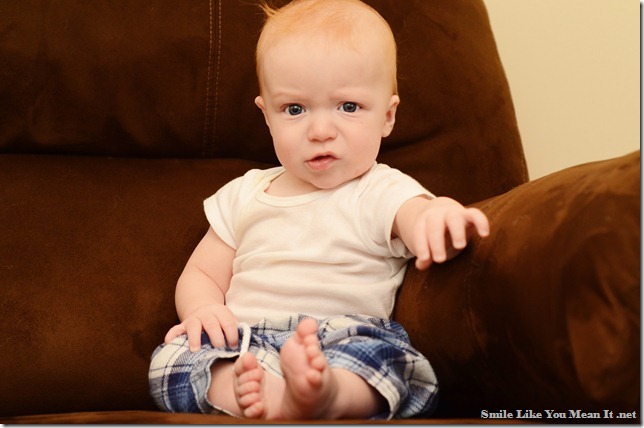 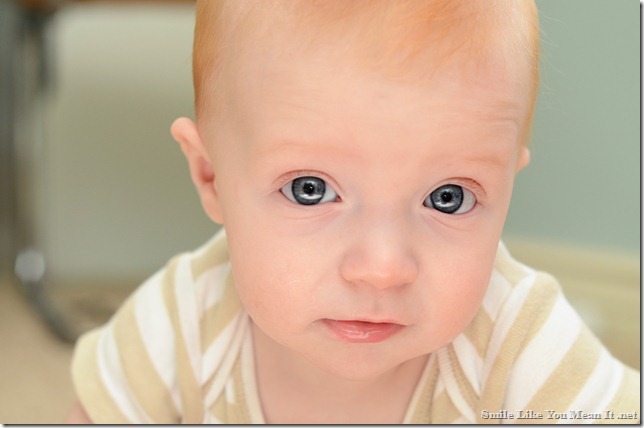