We spent 10 days in Florida over the Fourth of July holiday.  It was the best vacation we’ve had in a long time and it was just the relaxing getaway we needed.

It was a bit of a hardship actually getting there, though… We had to wake up early and get the kids up before 6am to catch our first flight and then we had over a 7 hour layover in the Denver airport.  Talk about a nightmare with kids!  Luke was fine watching movies and playing games on the phone.  Scott and I watched TV shows on a laptop and read our books.  We also took turns walking Sam in the stroller so he would take a decent nap!  We had to walk the entire time he slept.  He took only 2 twenty minute naps and then finally we got him to take an hour long nap nearing the time we were to board our final plane.  Both kids were great on the plane.  Luke totally zonked out and slept the entire time, and Sam was pretty good sleeping a bit in our arms and being pretty happy most of the rest of the time.  We didn’t get to the Orlando House until well after midnight, though.  It was a VERY long day.

We spent the next day using up our last day on a Universal Studios 3 day pass from Thanksgiving.  I was pregnant at the time so I couldn’t go on any rides!  So this time I left the kiddos with Grandma and Grandpa and headed straight for the Forbidden Journey in Harry Potter World!  We also hit up several other roller coaster rides, too that I couldn’t go on before. 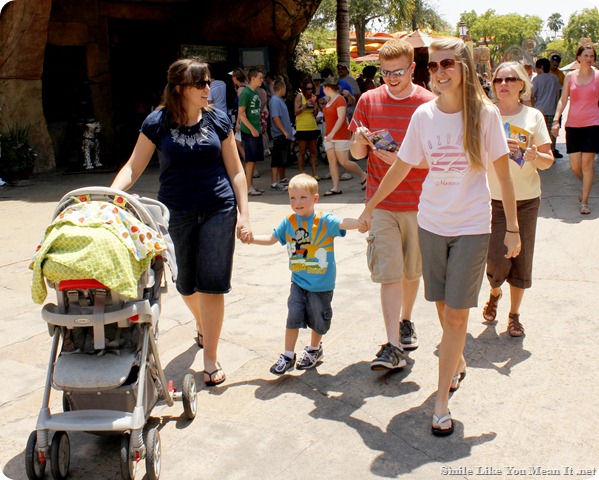 Luke apparently spent time with the Lorax and the Cat in the Hat while we were gone! 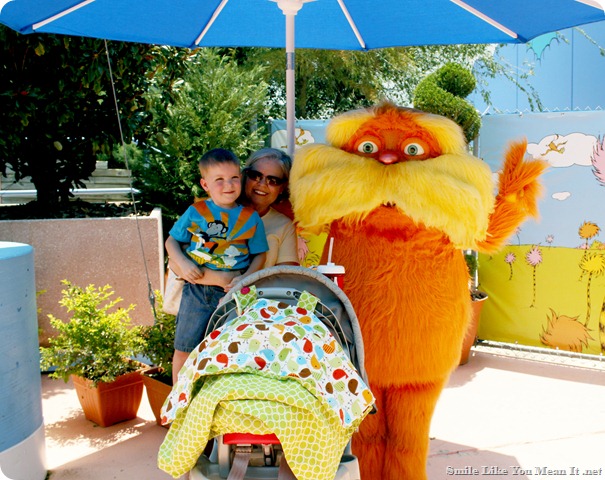 We took a break at home to chill in the pool since it was SO hot and the lines were really really long.  I should mention that Luke started out more daring—letting Daddy take him in the center of the pool, but at some point became a total chicken and wouldn’t come off the stairs. 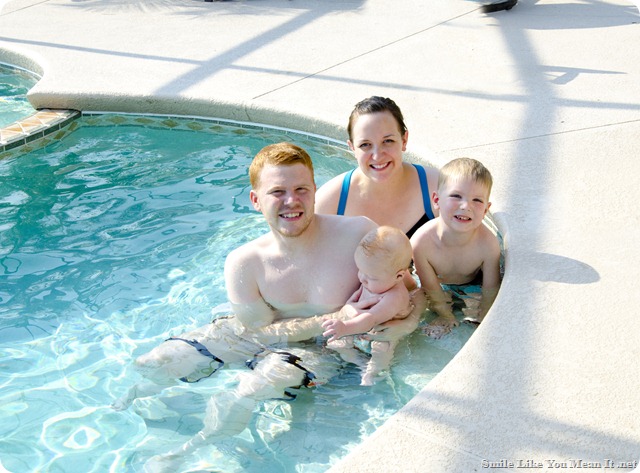 On the other hand, Sam LOVED the pool!  This was his first swimming experience!  He was kicking up a storm and was loving every minute of it!  I had to hold on extra tight or he would have kicked right out of my grasp!!

Then Scott and I headed back to Universal for the rest of the evening while Grandma put our kids to bed for us!  Scott and I enjoyed zipping though lines and getting to ride a few more rides together.

It made for a nice evening.

The next day {Sat, June 30} we drove 6 hours to St George Island where our vacation really began.

We learned that Sam pretty much HATES sitting in his car seat for that long, and Luke is a tyrant when he wakes up from naps these days. 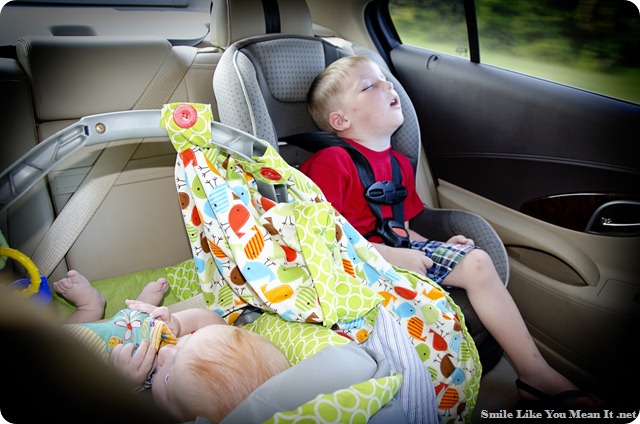 We were all VERY happy to finally see the ocean and get out of the car! 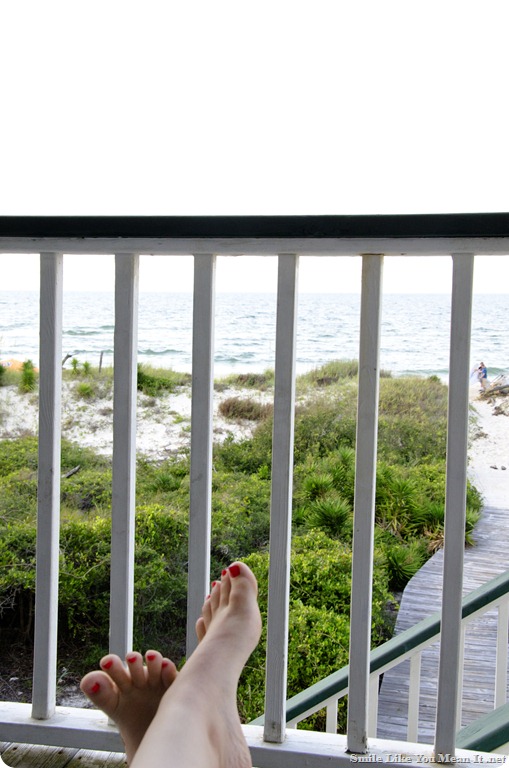