It’s already been a busy summer! 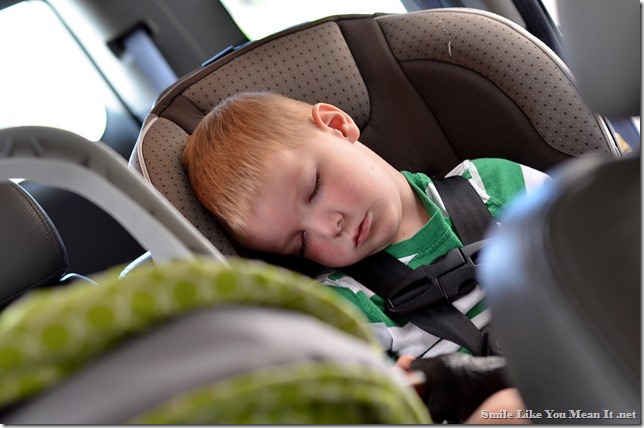 Luke NEVER falls asleep in the car anymore, and last week he did it twice!

I signed Luke up for Summer Preschool at the local Rec Center—it’s only 2 hours twice a week, but he LOVES it.  I got the LAST spot available!!  Me & Sam just hang out at home while he’s gone and I have to say I do miss my little guy when he’s gone.  He loves being with other kids these days (a huge turnaround from the kid he was just 2 years ago and didn’t want to have anything to do with other kids!) so I knew he would love to have somewhere to be with other kids a couple times a week.  I try to take him to story time on one of the days he has off of school and Sundays he gets to go to his Sunbeams class at church.

I have been trying to get some sewing done—refashioning some of my shirts to fit a little better, sewing a few new skirts and I’m working on a sunhat for my fair-skinned red-head baby!  We are going on a beach vacation to St George Island soon and I’ve been trying to complete our summer wardrobes for that trip!  I’ve kind of been working on all my sewing all at once, so nothing is finished, and therefore no pictures yet—but I’ll get them!

I barely had enough thread to finish a blanket for a baby shower! 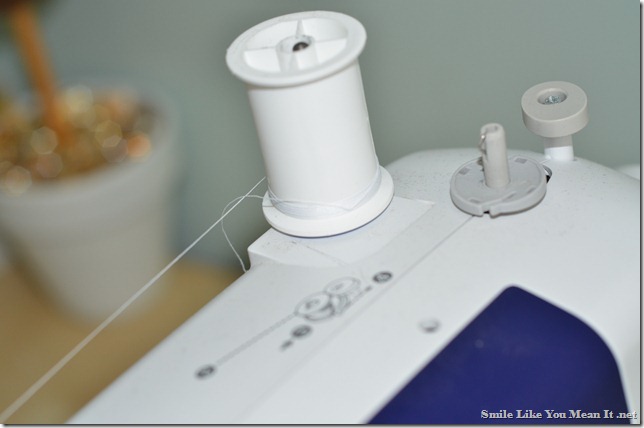 which I just remembered I didn’t take a picture of!! Darn it!

In other news, I’ve been doing a LOT of shopping and prep work to build a parade float for Lehi Round-Up days.  It’s been crazy! Saturday we were supposed to get it all built and decorated once and for all when disaster struck.  Another group said we had their float base in our driveway…uh…ok?  My hubby spent over an hour on the phone with various people trying to figure out if their claim was true or if it really did belong to our group.  Long story short, we still don’t know, I still don’t have a float to put together and there’s only 2 weeks until the parades.  I’m ready to just say forget it and do it next year, but I’m not sure if I’ll be able to do that yet.

Between these 3 things, all the housework, laundry and taking care of Sam & Luke I have been busy busy busy!  But I’ve got things to tell & show you so I will get right on those posts!

Hope all of you have been pretty good summers so far too!