{this is a wordy post about Luke, feel free to skip along if you aren’t interested! It’s mostly for journaling purposes anyway!}

There’s been a lot of pictures and talk about Sam lately, poor Luke gets so neglected sometimes!  He especially wants me to remember to take pictures of him, too! 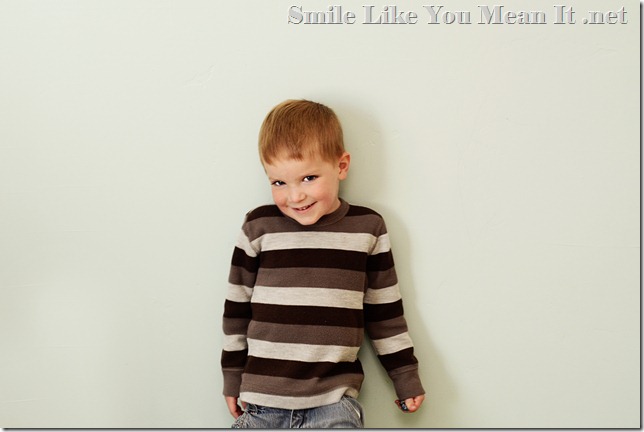 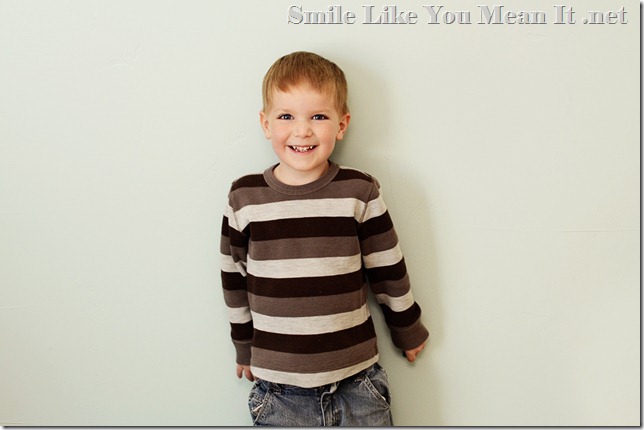 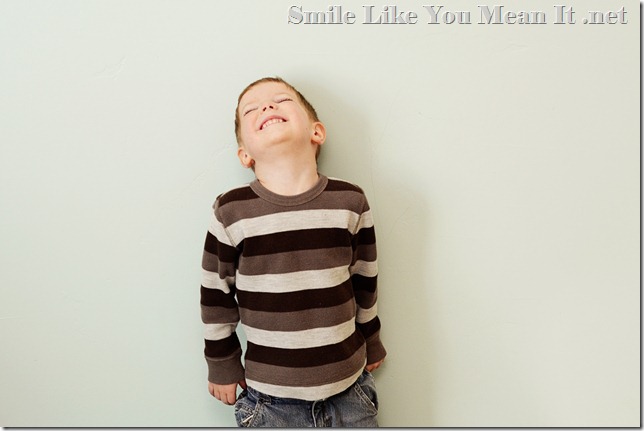 These three pictures actually say a lot about what Luke is like lately:

And a lot of the times a complete goofball—cheesy faces and silly voices to match!

I can’t believe this kid will be FOUR years old in just a few more months!  How the heck have I been a mom for FOUR years now?!

Luke is learning and growing like a weed! (5T shirts, 4T pants!) 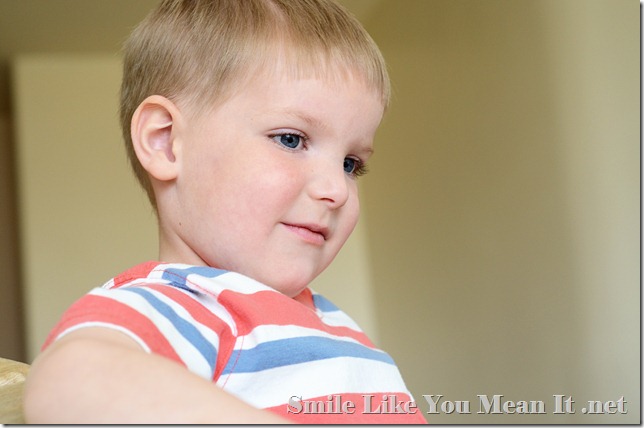 The first thing he does when daddy gets home is say “Hi dad!  Alligator take a shower? Please, Please please?!”  He’s addicted to the games on Daddy’s phone- especially the one called Where’s My Water and you have to direct water pathways to get the water to the Alligator’s shower.  He’s picked up on how to use the phone really well and now even says it’s his phone! It’s amazing how quickly he can learn something.  I just taught him how to use the computer mouse so he could play around on a website called Starfall.com and he picked it up in less than 10 minutes and can now play on the website without much help at all! 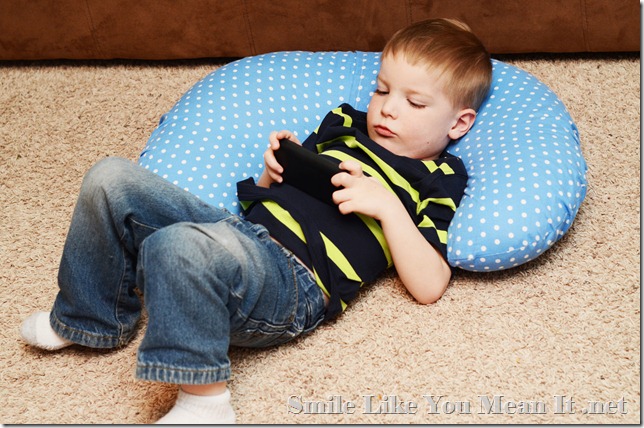 He LOVES to play with friends.  This is huge because for the first 2 1/2 years of his life he wanted nothing to do with other kids (with the exception of his cousins, whom he has always loved to play with).  Now he gets SO mad when I make him leave his friends.  He’ll make me chase him and bribe him with popsicles to get him to come home.  On many occasions I’ve had to pick him up or drag him home! 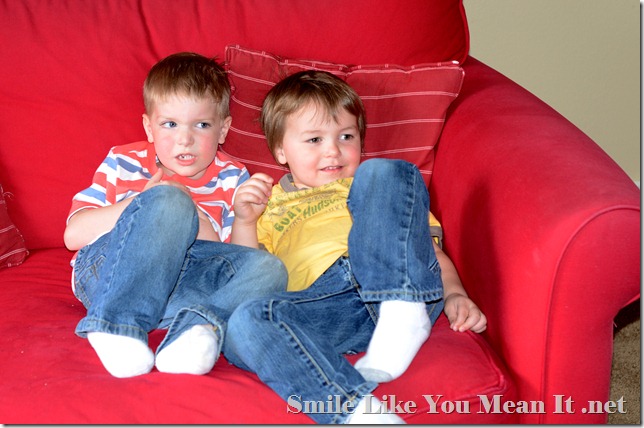 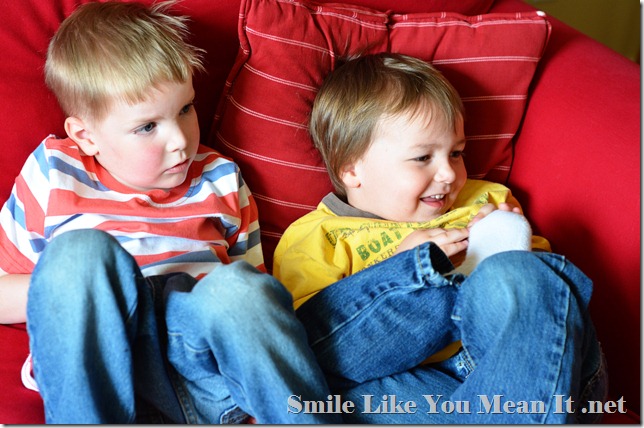 He hides things he know he should have.

He’s trying new things and new foods.  We can sometimes get him to take one bite of a new food on occasion—which is huge progress.  My super picky eater now eats spaghetti, bagels with cream cheese (and for some reason he calls bagels—pickles? weird), apples with peanut butter (or without), red grapes, scrambled eggs, pancakes/waffles/French toast, cucumbers, carrots, occasionally a green pepper, he goes through phases with bananas.  He eats peanut butter (only) sandwiches and cheese sandwiches.  He still loves cereal and crackers the most, though.  This kid would eat only dry cereal all day if I let him.  I’m SO happy I can get him to eat some fruits and veggies—they were pretty non-existent in his diet for a while! 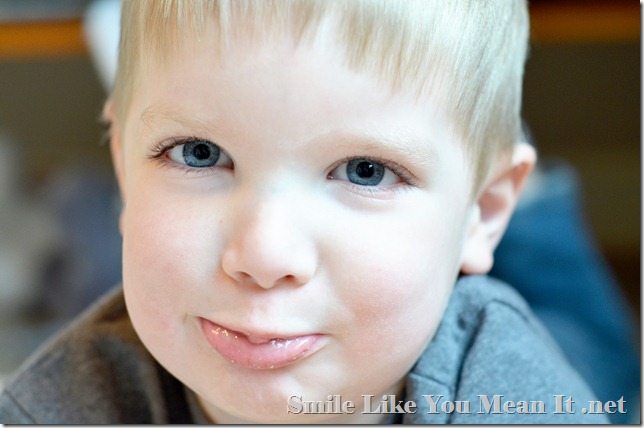 I’d say he’s 99% potty trained.  only has accidents when he gets really into playing games on dad’s phone or with his toys.  Most nights he wakes up dry, but I’m still not brave enough to ditch the pull-ups at night.

Still loves baths…which is a good thing because he loves getting good and dirty too!

He tries to “steal” your seat.  If you get up and then come back, he will run ahead of you and steal your chair!  He thinks it’s hilarious when you sit on top of him because he wouldn’t move!

He mixes up on & off, and me/you and I .  He says “you want some ___” when he means to say “I want”  He says “you, me help” instead of “will you help me please?”  But he’s really good at saying the correct sentence if I say the word “Can…” he will say “Can I have some crackers, please!” it’s a long sentence for a 3 year old to remember but so dang cute.

He says the word dis (This) instead of saying what the object is even though he very well knows the name of the object.  He also calls himself Yuke or Yukies instead of Luke & Lukies.

He’s especially funny with what he says about Sam—he loves to hold him and when he does he says all the things we say to Luke.  Like “not too close”, “that’s enough” (kisses), etc.  it’s pretty funny. 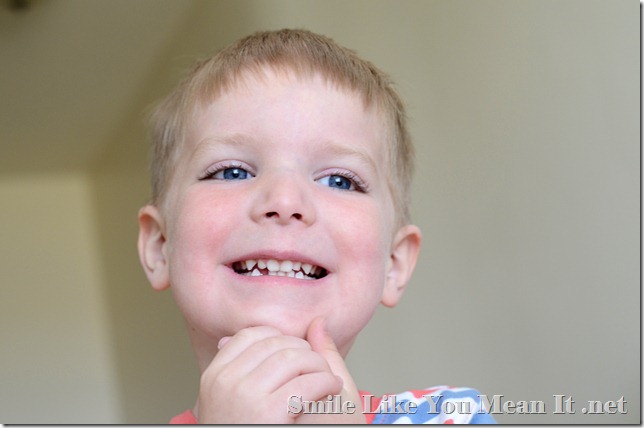 He LOVES baby Sam! He gives him WAY too many kisses.  He loves to make Sam hold his hand.  He loves to tell us what Sam is doing—he says “look at that face!” when Sam is being cute or sad and tells me when Sam is smiling and happy.  He’s really good about helping give Sam his binky and getting diapers for mommy.

He is FINALLY learning how to ride a bike.  He has a cruiser bike (no petals) that he is still working on learning how to use but today he actually sat on it and went down the street with it and that is serious progress!  He was over at a friends house and he hopped on a trike (with petals, obviously) and was using it almost like a pro—and I have no idea when he learned to do that because he totally couldn’t last time he and I were over there!  Up to this point he’s been terrified of sitting on bikes of any kind (he preferred to chase other kids on bikes by foot) and I’m so glad he is slowly learning to use one!  Now we just need him to get over his hatred for getting his head/face wet and we’ll be good to go this summer!

Is that enough about Luke?  He’s such a good boy and we are so blessed to have his special spirit in our home! (now just help me remember that on the days he is driving me craaaazzzzy!!) 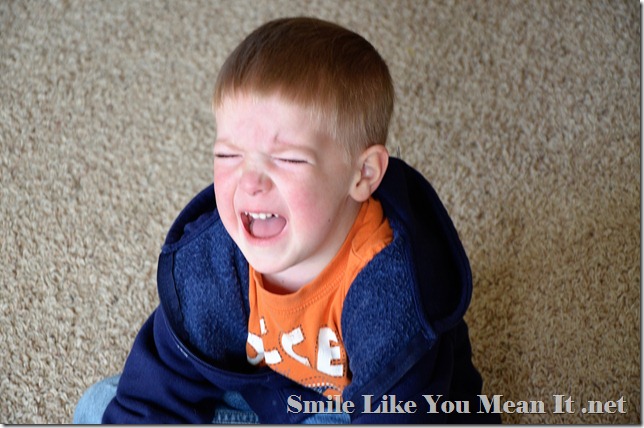