Last Wednesday and Friday I taught our preschool lessons for our co-op group. We learned about the letter D and Luke really liked it because we talked a bit about Ducks one day & all about Dinosaurs the next.

On Duck day, I did a little activity where the kids guessed if items would sink or float (like ducks). I filled up a bowl of water and found 10 small items from Luke’s toys that would do either. First I had them guess all the 10 items and put them on pieces of paper that said “Sink” or “Float”, and then we experimented to find out if they were right. They really loved it. It’s actually turned into a daily activity for Luke and it keeps him busy for at least a half hour! Gotta love that!

In this picture Luke is holding a D with lots of D pictures on it—I had color versions of all the little pictures cut out and we found all the matches and glued them on.

For Dinosaur day we had lots of fun activities, but the best was the fact that Luke has nearly 30 dinosaurs of all colors, sizes and even some twins. We spent a good amount of time counting, sorting (color, size, big/small) and finding matches (dinosaurs he had 2 of).

I also found a little song video that the kids could dance like dinosaurs. On Duck day we also had a five minute dance session to get wiggles out. 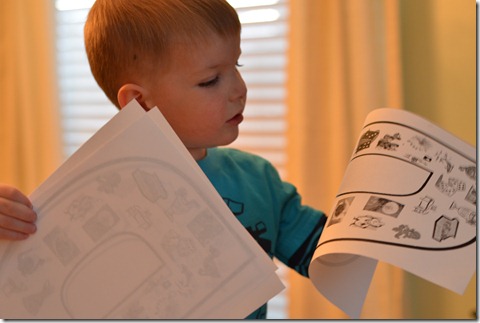 He especially loves this little song and I made duck pictures and glued them to popsicle sticks so the kids could help with the song.

Over the Hills and far away

But only four little ducks came waddling back… 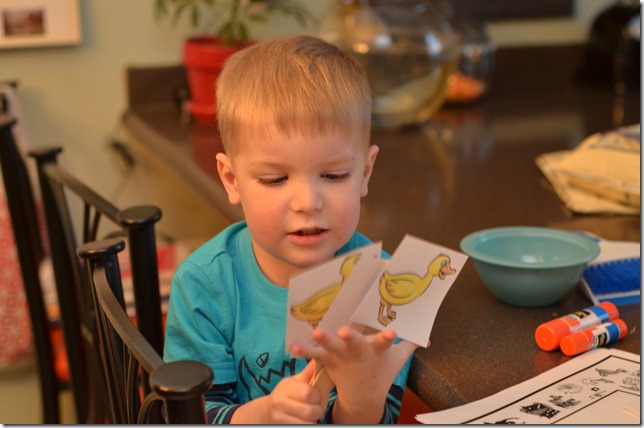 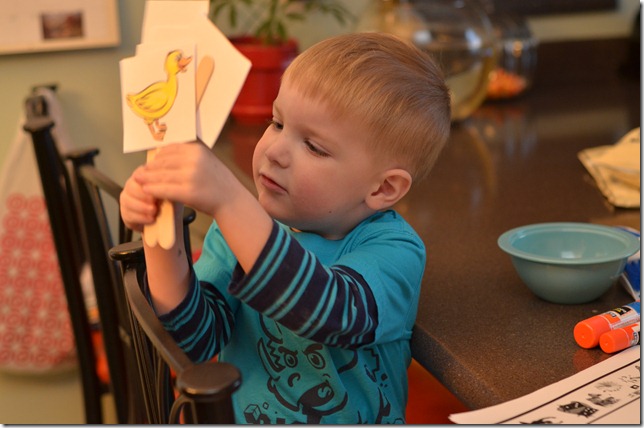 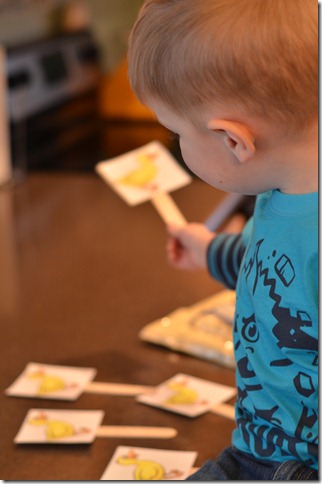 It’s cute because I will hear Luke singing the song to himself every so often. 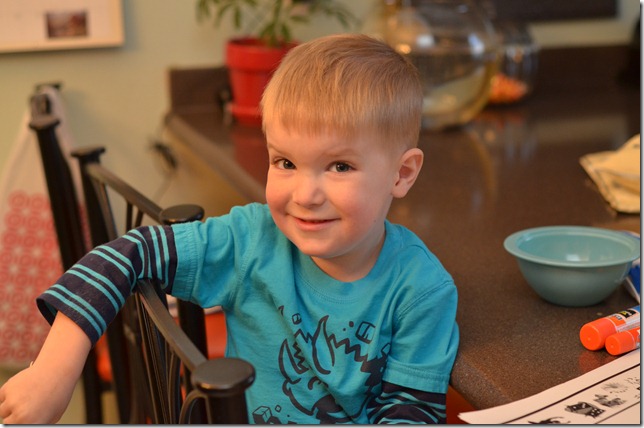 and now he’s just being silly… 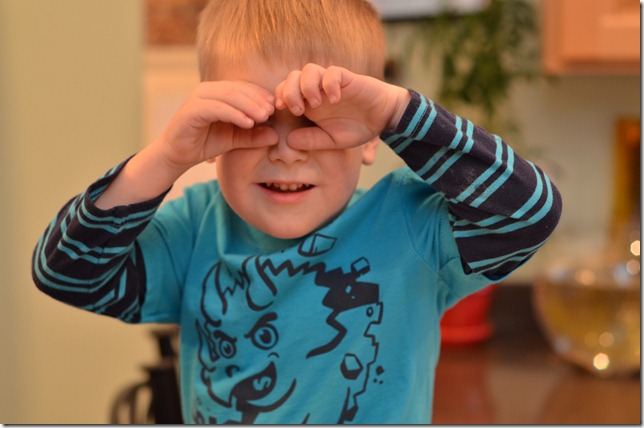 Preschool is so good for little kids, I think he’s really going to like the real thing next summer.