Excuse me while I play a little catch-up with pictures!  I hate getting behind, but I want it all here on the blog so catch-up I must!

Luke LOVES animals.  I was excited to take him for our group/joint preschool activity in September (told you I was behind!)  We took him to Thanksgiving Point’s Farm Country once before when he was around a year old, but it was even more fun this time.  As part of the preschool activity, we had cute little animal bingo cards that they could put stickers on when they saw a new animal—everyone got a prize at the end!  Cute.

Now the pictures! (no editing otherwise they’d NEVER get on here!)

Luke was a big wary of the HUGE cow, but he still liked it 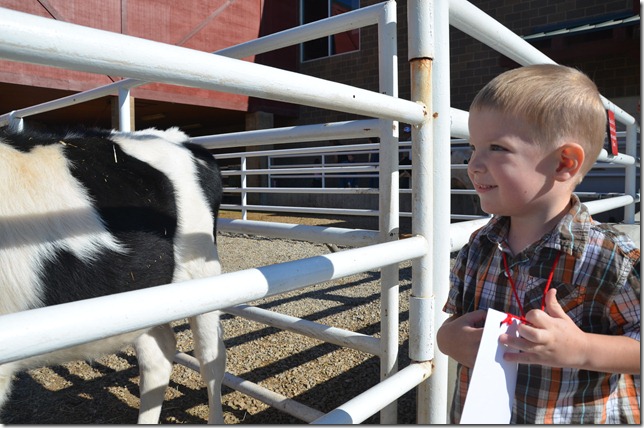 He really didn’t want to touch it, but I was making him! Ha! So funny! 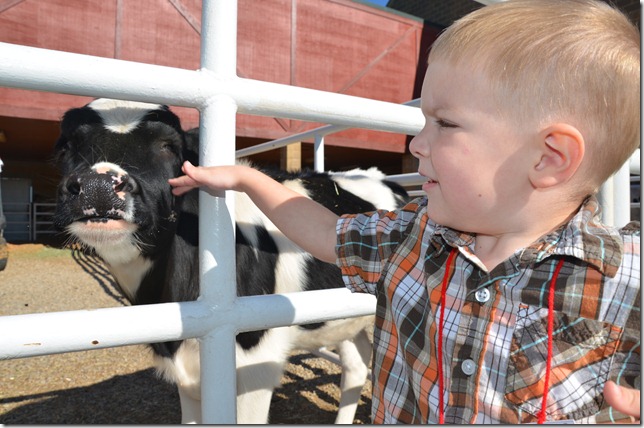 Of course his favorite was riding the pony—he couldn’t get on it fast enough and hated waiting for his turn!! 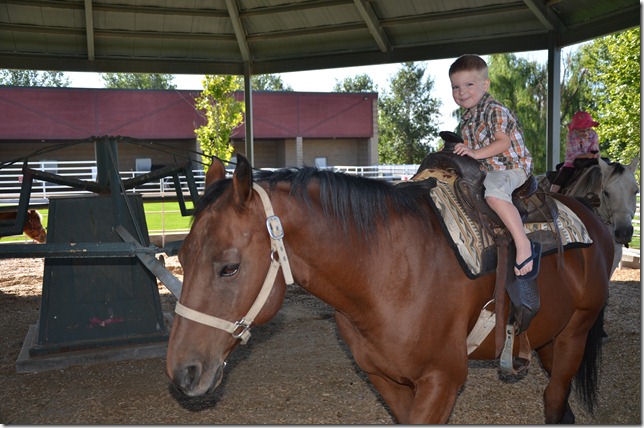 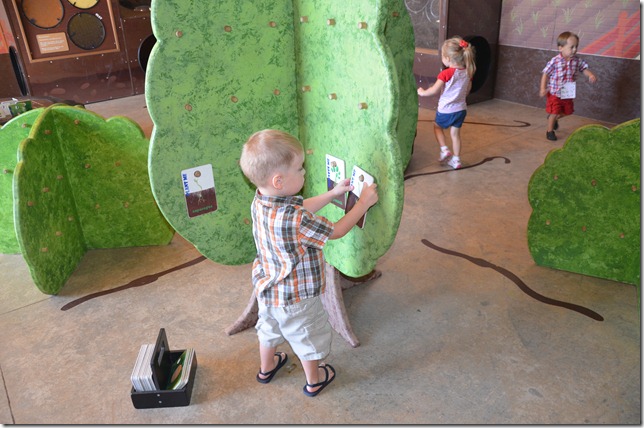 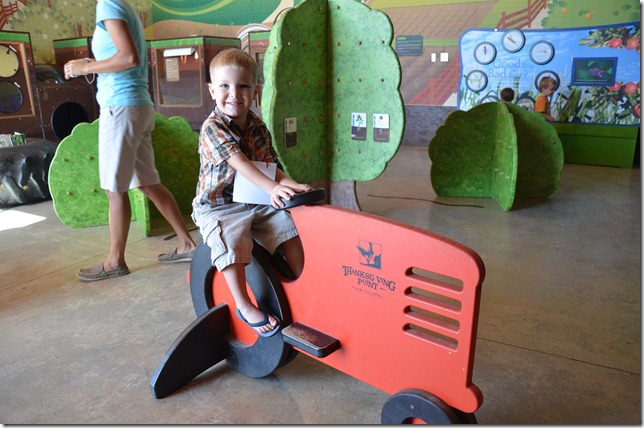 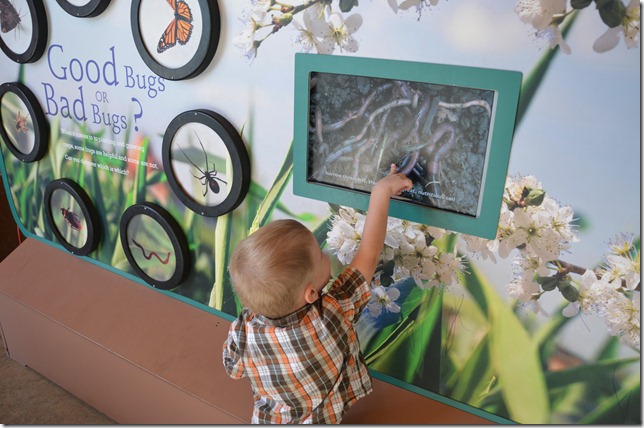 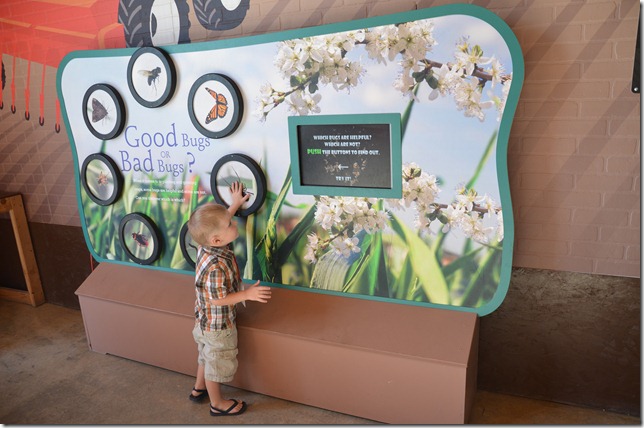 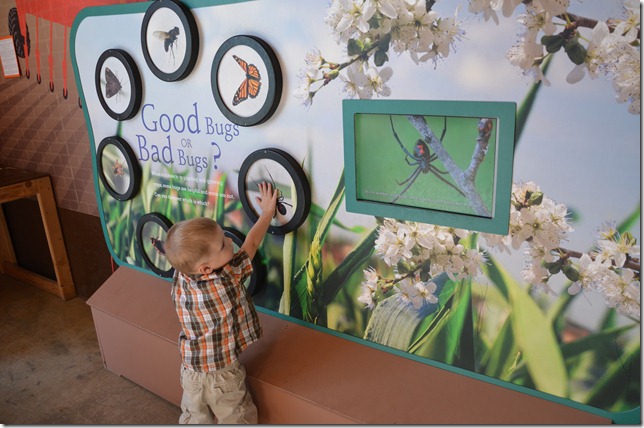 This is what he does when I tell him to smile for the camera.  I think maybe he’s trying to make his own camera with his hands! I have SO many pictures that look like this—some variation of hands-on-face-smiling picture. 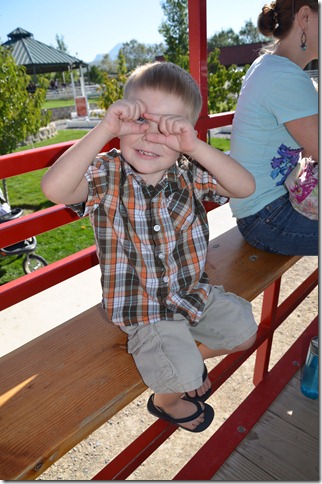 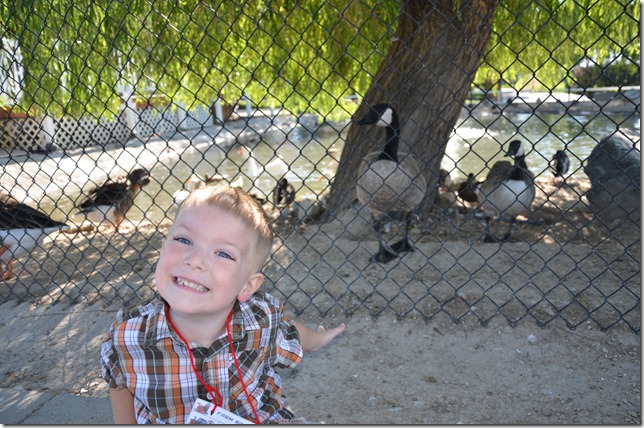 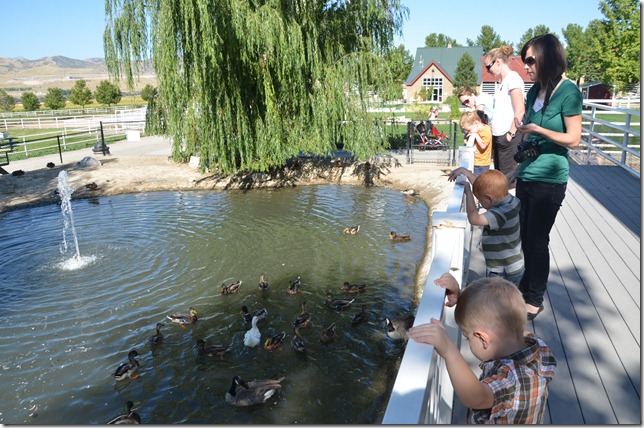 He really didn’t want to get very close to the HUGE horse. 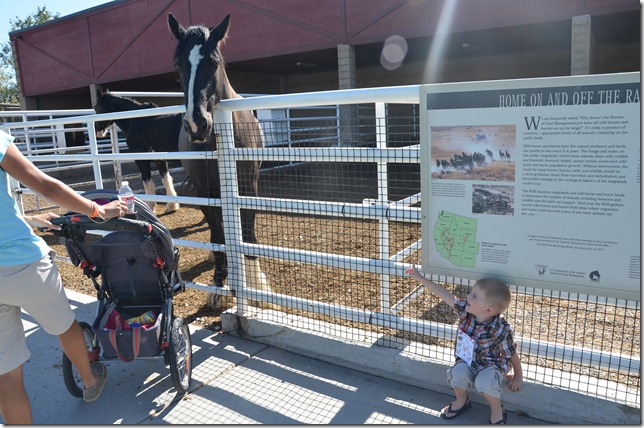 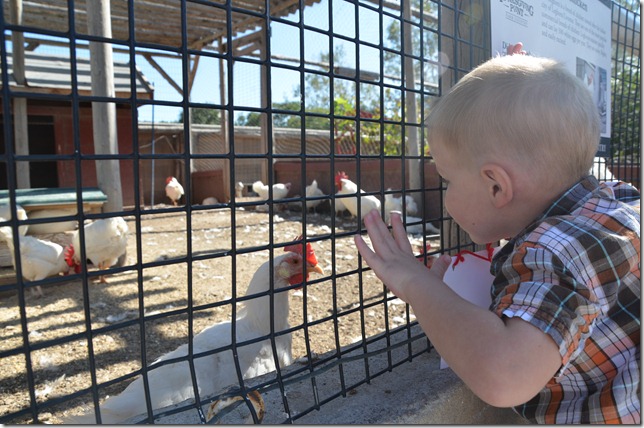 I was sure one of the sheep or goats would eat his fingers.  He kept putting them right up next to their mouths! 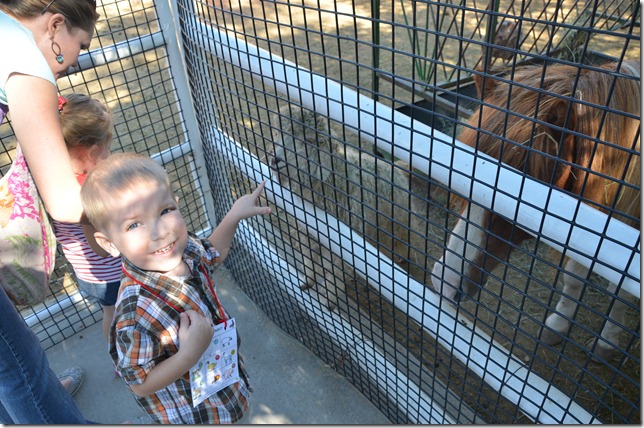 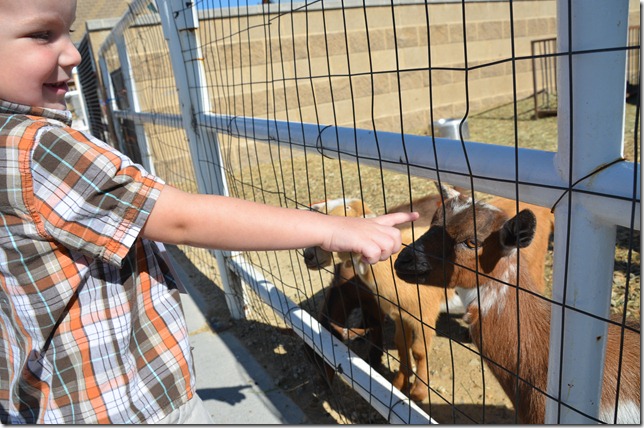