The days after the wedding were just as fun spending with Family and such.  We spent Saturday at Knott’s Berry Farm, where I took Luke on lots of fun little kiddie rides with his Grandma & Grandpa while Scott went on all the crazy crazy roller coasters with his brothers (and Ali) and then came and met up with us a few times.

{none of these are edited because I’m too lazy today.} 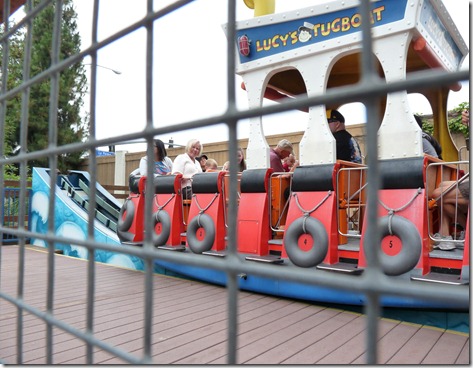 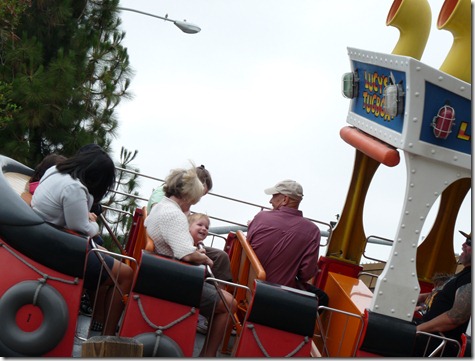 This little ride was cute because the kids were supposed to pump themselves to make the cars move.  Luke & Alexander did pretty good, but the little girl in front of them didn’t so they got stuck a few times. 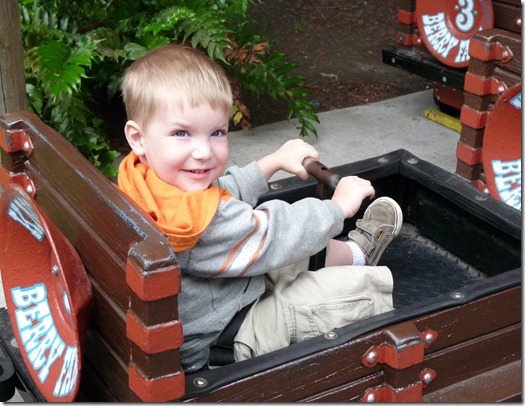 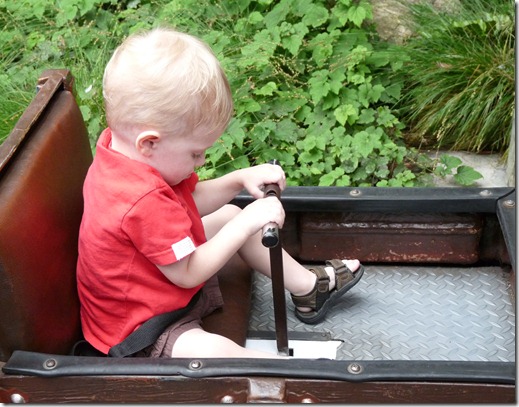 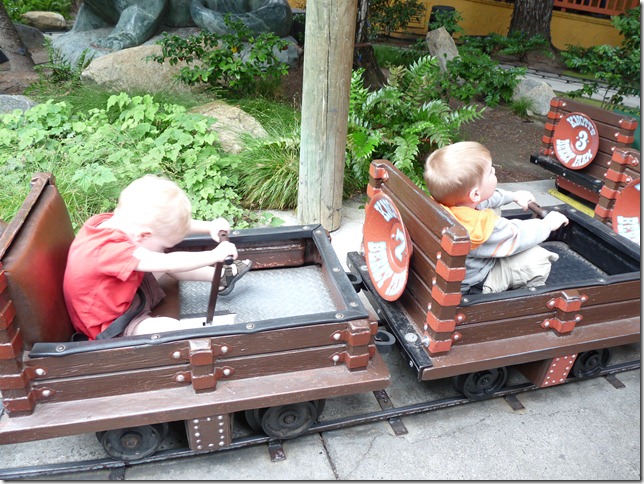 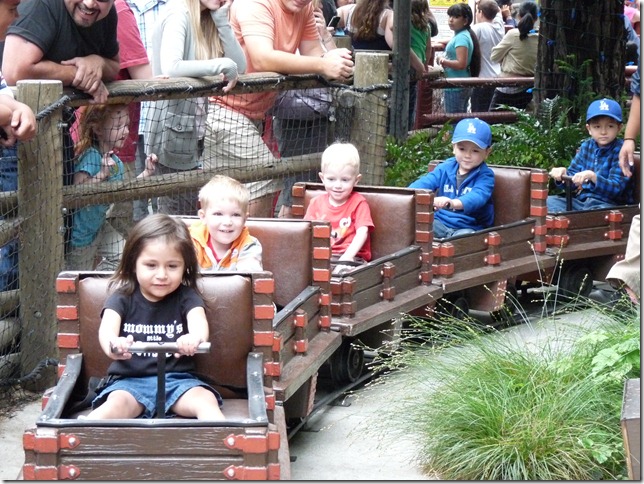 We actually kind of snuck Luke onto this ride, he’s not quite 36”, but she wasn’t really paying attention.  He LOVED this though.  He kept saying “bouncy! Bouncy! Bouncy!”  Hilarious.

Being obedient and putting his “hand up!” for the bar to come down.(sitting next to his cousin Lindsey) 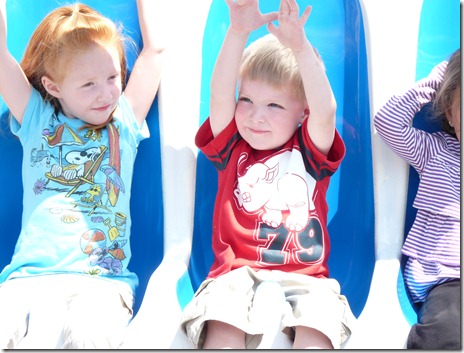 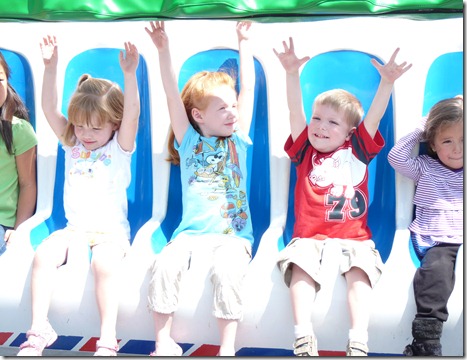 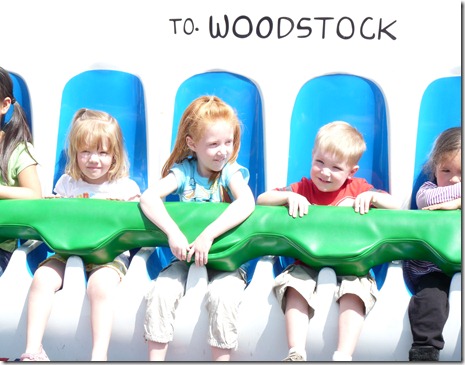 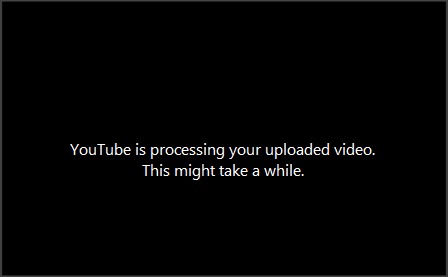 With some random little girl.  He liked riding the plane regardless 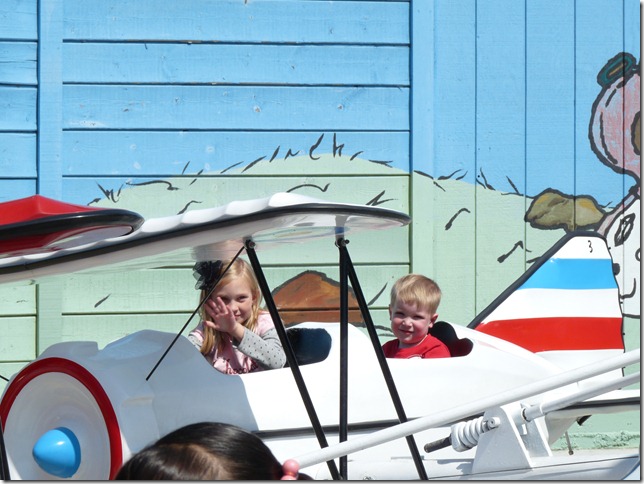 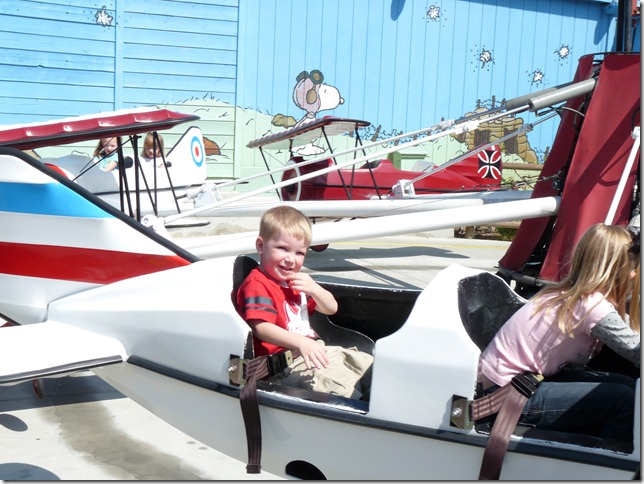 By far his favorite was the bouncy house.  Unfortuneately it was really hard to get him out when his time was up! 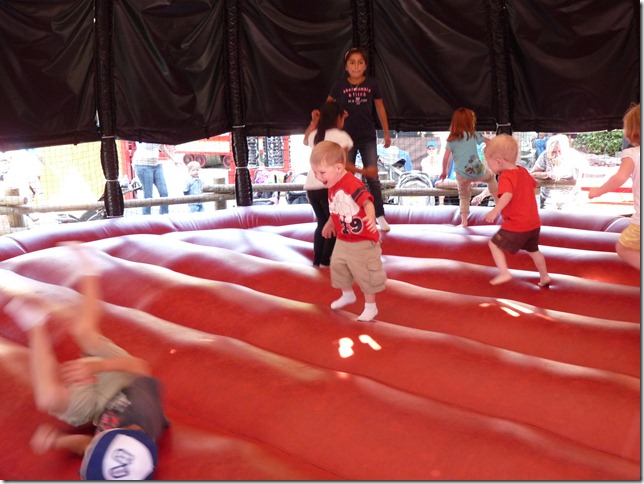 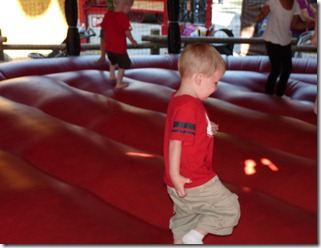 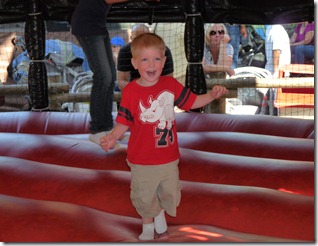 Sunday we had a nice breakfast with the family and then headed for home.  The drive home was much less stressful than the drive there.  We were also glad to be back home in our own beds with our own pillows.  We managed to remember everything except Luke’s Buzz Lightyear toy, which I suspect was hidden in the sheets of the bed because I’d searched every inch (except there) for items we might have otherwise left behind in our hotel. All in all, a great trip and we are excited to plan our next vacation (hopefully) in December to Florida.