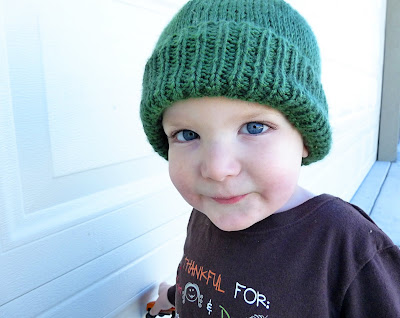 A little about Luke lately:

He still loves holding a toy in his hand at all times. preferabably something small.

He has a love for animals lately, he knows all the animals in his books even more uncommon ones like camel or flamingo, or toucan.

He repeats the sounds all the animals make after he tells you what they are
He'll say it like this: "cow, moooo" or "penguin, waddle waddle" or "goat, munch, munch"

He still loves books. Now he has started reading with us because he knows all the words. he even knows the words to library books because we get them so often.

he likes to sing songs and will every so often sing a random one out of the blue. for example, the other day during his nap (instead of sleeping) he started singing the Wheels on the Bus go round and round... and we haven't sung that together for a really long time.

He pretends he's a dinosaur (a current love lately) and he goes around saying "Roooarrr"
He also pretends he's a frog and gets down to hop while he says "hop, hop, hop"
Sometimes when he wants to cuddle he comes up to you and says "meow"

He still likes to run in circles. Sometimes it's around the couch or the ottoman, but most of the time he doesn't use an object and just goes around and around.

Since he always has a toy in hand, his new thing is to bring you the toy he is done with so he can hold a new toy. He says "here go" (here you go) and hands off his old toy to you. Sometimes I say "no thanks" and he says "ok" and takes it to daddy instead. We think it's funny.

When Luke doesn't want to go to sleep, he talks a lot and jumps around his crib. He has started to kick his crib & the wall (it gets pretty noisy sometimes). Recently, he was making this huge kick/thud noise and I couldn't figure out how he was doing it. I went in there and caught him in the act. He was lifting up the lowered crib side with his feet and then letting it drop causing the loud thud noise. stinker. We are thinking it might be time to upgrade him to a big bed so our poor crib will make it through more than just one kid!

He hates getting his picture taken.

He is definitely becoming quite the picky eater. The other day the only way I got him to eat the homemade mac & cheese shells that I made him was to tell them they were dinosaur eggs. He ate about 8 of them and quit. (I thought all kids like mac & cheese? he does not.)
He loves his dino shaped chicken nuggets, cheese, yogurt, apples, applesauce, bananas, pears, PB & J, all things snacky/crackery, carrot sticks (this was such a success the day I got him to eat these!), and sometimes I get him to try other things but its really tricky.

Still loves bath time, though we have quit giving him a bath every day as part of his routine. He takes one 2 or 3 times a week or when necessary.

He is a TV/Movie junkie. He'll watch anything and everything all day if I would let him.
Lately, he loves his Winnie the Pooh movie, and Bert & Ernie's Adventures. He still occasionally asks for Elmo but not as much as he used to.

He has a fake laugh that is really funny

He loves going on walks. He pushes his lawn mower around the block while we walk

He likes to say "Bye Mommy (or daddy)" as he leaves the room
He likes to play "where'd [mommy/daddy] go?" we hide and then he finds us and says "oh there you R" It's really cute. His vocabulary has increased SO MUCH this year. It's hard to believe he only said about 5 words in January.
I should mention that he has quit signing altogether which I miss because it was cute, but I guess he can just tell us what he wants which was kind of the goal anyway.

He scares me sometimes when he wakes up because he'll be super quiet on the monitor and then out of the blue he'll say something like "Bawk, Bawk, Bawk" (like a chicken). The other day he made me jump when he said "EeWwww!" randomly after being totally asleep just minutes before.