Yee-Haw!
This year was easy peasy (after we spent 2 months trying to think of something that is-for the longest time we were planning for Luke to be a dinosaur).

Scott had a bunch of Brazilian cowboy (gauchu) stuff from his mission. He decided to forgo the authentic gauchu pants because they were a big silly looking (think MC Hammer pants with boots.) 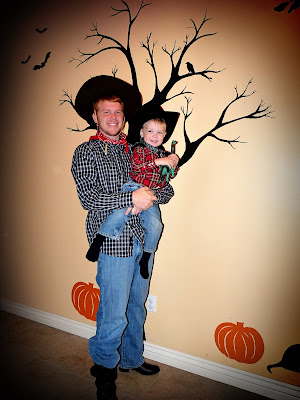 We borrowed the cute black hat and cowboy boots from my sister for Luke's costume. I got a little sheriff's badge from a friend and my mom got him this cute plaid shirt. What a stud! 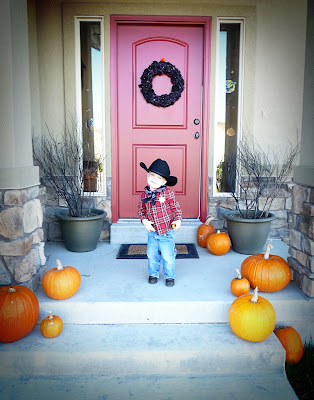 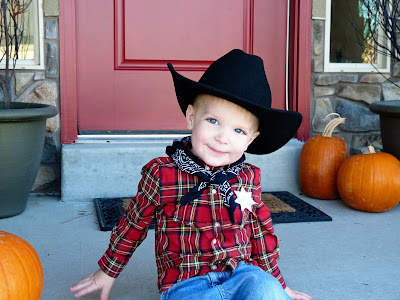 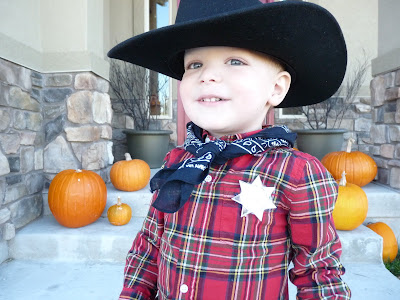 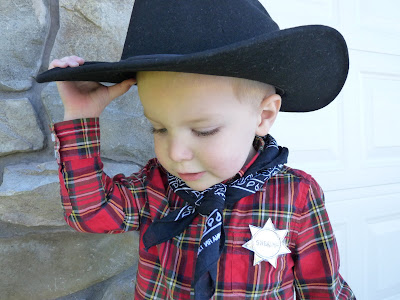 I never did find boots, but I did find this shirt at Walmart (cute enough to wear any day, too) and this corduroy jacket from D.I. I stole Scott's hat for Saturday Trick-or Treating.
A $1 bandana from Walmart competed the look for all our outfits. 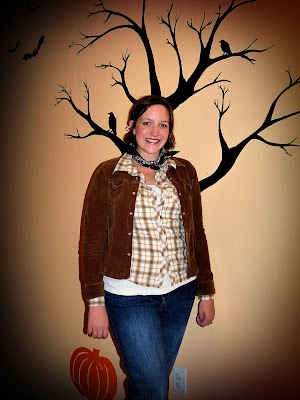 We roped up some good candy and at the office party where Scott works, and then also at Ward Trunk-or-Treat. I wasn't sure if I was going to be able to take trick-or-treating because it rained all afternoon, but it stopped at about 6:15! He was nervous at first and wanted me to hold him whenever we went up to a door, but eventually he was dancing around and was excited enough to take the candy out of the bowls and put it into his bucket. I got him to say Thank You a few times, but he wouldn't say trick-or-treat ("tick-twreet) or yee-haw in front of anyone but us.

I'm glad Halloween is over, because I was getting really tired of the decorations--time for new stuff!
at 2:00 PM